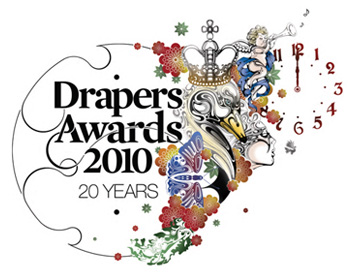 The 20th anniversary Drapers Awards ceremony is being held this evening at the Grosvenor House Hotel in London. After a hugely successful debut year, Pretty Green are nominated for 'Menswear Brand of the Year' alongside fashion giants including Paul Smith, Boss Orange, Polo Ralph Lauren and Tommy Hilfiger.

We will keep you informed of the result as soon as it is announced!