Manchester and Glasgow the Next Stops for Pretty Green 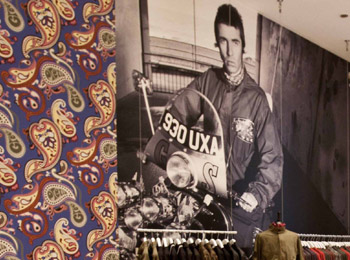 Following on from the huge success of the Carnaby Street store, Liam Gallagher’s Pretty Green label is set to open two new pop-up stores consecutively in Manchester and Glasgow on Wednesday 8th December.

Pretty Green draws its inspiration from the art, music and culture scene of the 1960’s and is renowned for their attention to detail with an emphasis on quality fabrics, cut and classic tailoring. The menswear label recently won ‘Menswear brand of the year’ at this years prestigious Drapers awards.

After great demand from his hometown, Liam will open his first new store on the exclusive King Street, a haven for designer brands such as Diesel, Belstaff and Hermes.

Liam Gallagher says: “Manchester is where I was born and to be opening a Pretty Green store there is an absolute privilege.”

Primal Scream’s bassist, Mani will take to the decks to launch the store from midday, for an exclusive sneak preview for Pretty Green members, before opening to the public.

Following the opening of his Manchester store, Liam will then fly up to Glasgow to open the second store of the day on Ingram Street, Scotland’s most upmarket designer fashion and lifestyle shopping street.

Both new stores will house both the Black and Green Label collections and feature iconic imagery from Liam’s Brighton photo shoot photographed by Lawrence Watson. Detailed shots of the Autumn / Winter 2010 collection will be displayed throughout the store via canvasses and wallpaper in addition to their Pretty Green paisley print. The stores will be clean, contemporary, white spaces and feature classic wooden furniture alongside contemporary designs. Each will also contain an event space for live bands & DJ performances after the success of these at the London, Carnaby Street store.