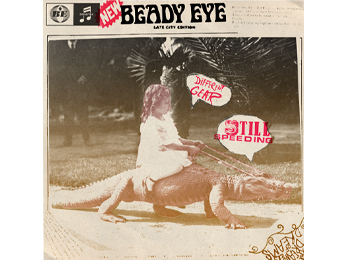 A taster for the album, 'Bring The Light' was made available for fans on the 9th November from www.beadyeyemusic.com and was downloaded and played over 350,000 times in 24 hours. The video has received over 600,000 hits since it was premiered a week later.

The band (Liam Gallagher, Gem Archer, Andy Bell and Chris Sharrock) also put their first UK tour on sale on 26th November with tickets selling out within 30 minutes. They will be joined by Matt Jones on keyboards and Jeff Wootton on bass for these dates and the European shows which follow the UK gigs.