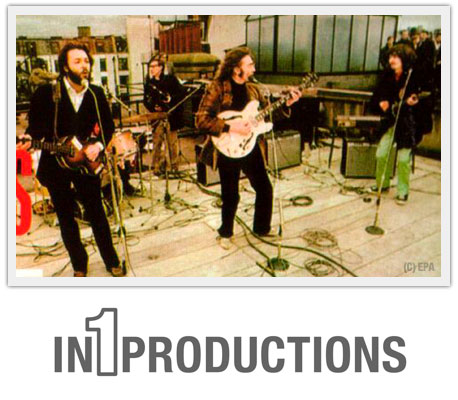 Liam Gallagher’s In1Productions to develop, and produce, a feature film about The Beatles' Apple Corps

May 7 2010: Liam Gallagher’s newly formed film Production Company In 1 Productions has confirmed that they will develop and produce a feature film about the rollercoaster ride that was The Beatles’ Apple Corps, adapted from the book by Richard DiLello – THE LONGEST COCKTAIL PARTY.

This will be a film with humour and affection providing an insider’s look at what it meant to be a young man caught up in the wild swirl of the music business, celebrities and the tail end of the swinging sixties' in London.

In 1 Productions will collaborate in the development and production of the film with Andrew Eaton’s Revolution Films, one of the UK's most successful and respected independent film companies.