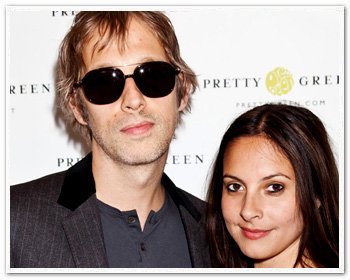 British musician Andy Bell will be playing a DJ set at the Carnaby store today, 8th September 2010. Andy was formerly known as being a member of the band’s ride and hurricane and actively involved in record production consequently contributing to writing songs for Oasis in the past. Andy has recently joined old friends and colleagues including oasis drummer Chris Sharrock, Jeff Wootton, Gem Archer, Jay Darling and Liam Gallagher to form the post-oasis band, Beady Eye.