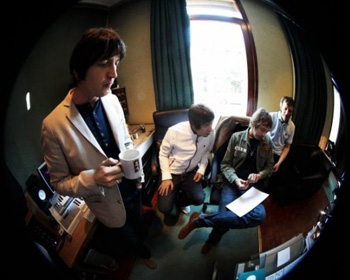 Beady Eye have announced a UK & Ireland tour for April 2011 which will follow the release of their debut album ‘Different Gear, Still Speeding’ on the 28th February 2011.

The band had previously announced shows in Glasgow, Manchester and London for March (which sold out immediately) but this will see them travel the country and play their first dates in Ireland. The band will also play at the sold out Isle of Wight festival on the 12th June 2011.

Beady Eye will be playing the following dates in April 2011 around the UK & Ireland:

Tickets go on sale Friday 28th January at 10am and are restricted to four per person.

Their debut single ‘The Roller’ is out 21st February and is receiving significant attention from radio, and the video has received almost 400,000 plays on YouTube to date. This follows tracks ‘Bring The Light’ and ‘Four Letter Word’ which have both been made available over the last few months for fans. Ten other brand new tracks will be available on the album which is one of the most eagerly anticipated of 2011.