The Last Party rock out in Pretty Green 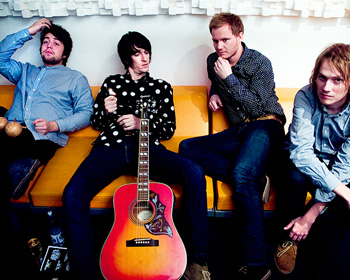 Up and coming band The Last Party were recently snapped wearing Pretty Green whilst recording at Blue Print studios, Manchester.

The guys, who recently played in the Pretty Green Manchester store, were recording their newest single “Bonnie and Clyde”, produced by Darren Lawson (who also produced for The Verve and The Enemy).

You can check out more photos of the band on the official Pretty Green Facebook Page.

Expect to hear more of The Last Party soon, the single 'Bonnie & Clyde' is due for release in the New Year.