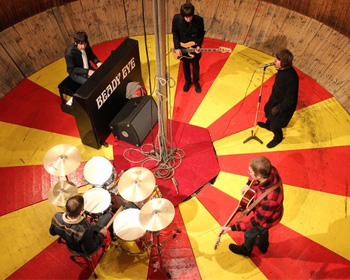 Beady Eye are pleased to announce that Zak Starkey's band Pengu!ns will be supporting at their forthcoming sold-out gigs in Edinburgh and Newcastle.

Zak - son of a certain famous 'mop-topped' drummer - has previously played drums with The Who, Johnny Marr, Paul Weller as well as Oasis, with whom he recorded and toured for several years.

In addition to Pengu!ns, Beady Eye will be supported by Steve Cradock and Cheap Freaks during their UK tour. The full support details are:

Steve Cradock will support at:

Cheap Freaks will support at: