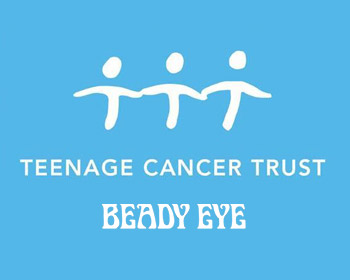 Beady Eye are proud to announce they will be headlining this year's Teenage Cancer Trust on Friday 25th March at the Royal Albert Hall in London.

Teenage Cancer Trust is a long established charity set up to help young people fight cancer. You can read more about the charity and make donations at their website HERE.

The band have been keen supporters of Teenage Cancer Trust through the years with Liam, Gem and Andy having performed at the event in 2002 with Oasis and both Liam and Gem making several appearances between them through the past decade of gigs.

Tickets for the week of gigs go on sale Friday 11th February at 9:00am through the following ticketing agencies:

The full line of gigs for the week are as below:

Beady Eye's gig comes at the end of their run of sold out gigs across the UK and Europe which kicks off with the band's first ever gig in Glasgow Barrowlands on 3rd March.