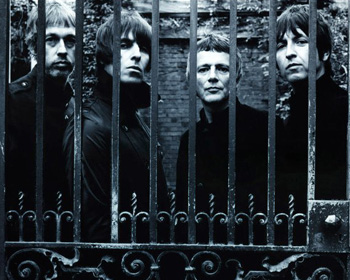 Beady Eye are pleased to announce they will be performing at this year's Reading and Leeds festival in the UK over the August bank holiday. The band are set to perform in Reading on Friday 26th August and in Leeds on Saturday 27th August.

Tickets for the festivals are available to buy now through:
www.festivalrepublic.com
www.seetickets.com and 0870 060 3775.

The band have also announced they will be playing this year's Melt Festival in Berlin, Germany on 16th July. Other acts confirmed for the festival include Pulp, White Lies and The Streets. Tickets are on sale now through the festival's website HERE.

Beady Eye have added an extra date to their forthcoming tour of North America in June. They will play Philadelphia's Theater Of Living Art on 25th June. Tickets for the concert go on sale Friday 25th March at 12pm (local time) through www.livenation.com, Theater Of Living Art's box office and charge by phone on 215.922.1011.

Last weekend the band announced three dates taking in Chicago, Toronto and New York, all of which sold out immediately. The full details of the tour are:

The tour will mark Beady Eye's first trip to North America where their debut album 'Different Gear, Still Speeding' charted at number 6 on the US iTunes album chart.

Millionaire to be next single released

Finally... it has been confirmed that 'Millionaire' will be the second single to be release from the band's debut album 'Different Gear, Still Speeding' which entered the UK charts at No. 3 and has subsequently gone gold. The album has charted around the world including No. 1 in Japan.

‘Millionaire’ will be available digitally and as a 7” single with ‘Man Of Misery’ (already a live favourite) as the b-side. A limited edition numbered 7” and collectors box to store the vinyl singles released so far will also be available exclusively via the BAND STORE. A standard version of the 7" will be available through select retailers.


The video for ‘Millionaire’ was shot in Spain whilst the band were on tour and also features exclusive live footage from the dates.