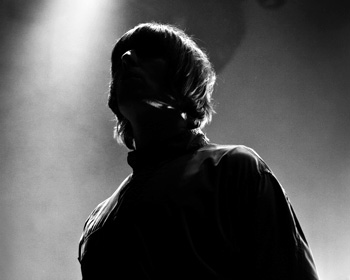 London is set to stage a very special one off concert in aid of Japan Earthquake victims.

With images beamed worldwide as they occurred, the horrific tragedy that beset Japan in recent days has affected everybody.

In response, a collection of Britain’s finest rock musicians have heeded the rallying call and come together to present a very special one off event on April 3rd at London's Brixton O2 Academy.

Featuring Richard Ashcroft, Beady Eye, The Coral, Graham Coxon, Primal Scream and Paul Weller, the show has been hastily arranged to help benefit those who have been affected by the recent earthquakes and subsequent tsunami in Japan.

Almost 8,500 people have died in the disaster with thousands injured and with nearly 13,000 people still missing the need for an immediate response is immense. The Japanese Red Cross has been working on the ground since the disaster struck.

The show will take place at London's Brixton O2 Academy on April 3rd. Tickets go on sale this Friday 25th March at 9am, limited to a maximum of 4 per applicant.

Tickets are available from:

Beady Eye - who still have fond memories of their concert in Sendai with Oasis in 2002 - are delighted their idea for a benefit gig has come together so quickly and with such fantastic support.