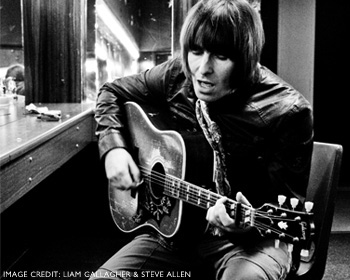 Beady Eye kicked off their their first live performance in style last night at the Barrowlands, Glasgow. The lads came out all guns blazing in front of adoring fans, playing every track from debut album 'Different Gear, Still Speeding' (except for Wigwam).

The band are set to play again at the venue tonight before moving on to Manchester and London before embarking on their European tour.

In other Beady Eye news, the band have announced an additional three festival dates this Summer. The lads will be returning to France to play the Eurockeennes Festival on Sunday 3rd July followed by a trip to the Guerten Festival in Swizterland on Sunday 17th July. Beady Eye will also mark their first appearance in Austria at the Frequency Festival on Thursday 18th July.

Tickets are on sale for the respective festivals now, details below:

The band have also announced Steve Craddock as the support for their gig at Hamburgs Grosse Freiheit 36, which sold out in two hours on Monday morning.

Also Beady Eye fans will be able to get a CD featuring a 17 minute interview with the band free with this Sunday's News Of The World. Also included on the CD are the music video for 'Sons Of The Stage' as well as five tracks by the band including 'Bring The Light', 'Four Letter World', 'The Roller', 'Sons Of The Stage' and 'World Outside My Room'.