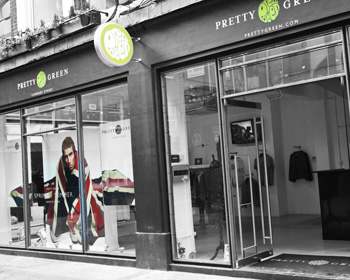 We are pleased to announce 'Proud Mary’ & ‘The Queue’ will play exclusive in-store gigs at our Carnaby Street store & Manchester store respectively.

Based around the nucleus of Greg Griffin & Paul Newsome, the band have toured heavily over the years. On top of playing all of the major festivals, they also supported Oasis, Neil Young, Paul Weller, Ocean Colour Scene and more. After reuniting in 2009, the band released their third studio album in 2010, 'Ocean Park'.

You can check out Proud Mary on their Facebook Page.

The band is back touring in the UK and will be playing an exclusive in-store gig at our Carnaby Street store on Friday 27th May at 17:00pm. This is a great chance to hear some future classics, not to be missed!

Mod upstarts, The Queue, formed in Southampton in 2007. The band is young and exciting with a mature sound. Their songs take on influences from Oasis, Kasabian, The Stereophonics, The Jam, The Who and The Sex Pistols to name a few.

You can check out The Queue on their Facebook Page.

The Queue will be playing in-store on Saturday 28th May at 15:00pm. All are welcome so come down to the store to hear some fresh new music.