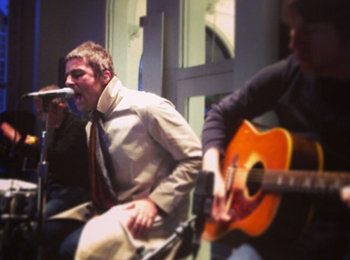 Yesterday 12th June, HMV Manchester hosted Beady Eye and fans at the "BE" album signing. The band then moved on to the Pretty Green Manchester store for the official launch party, where they played a surprise live acoustic set.

Beady Eye's arrival into the city comes a day after the release of their second album 'BE' which was launched in London's Rough Trade with a special performance from the band at the Brick Lane store.

James Matejka who won the £1,000 shopping spree plus a pair of tickets to the surprise live acoustic set attended along with the other 9 lucky +1 ticket winners.

BE is out now, available to buy here:
'BE' Vinyl
iTunes
Amazon