Manchester: The Birth Of Britpop 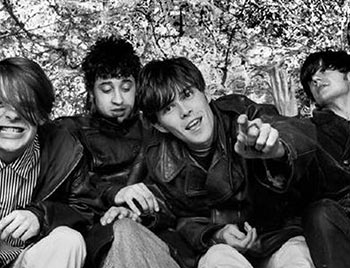 Britain in the 80s was a dark and violent place for the working-class. Unemployment was high and aspiration was at an all-time low. It’s often in times of social despair that art becomes increasingly important and for the match-going lads in late-80s Manchester, music played a huge part in breaking up the monotony of life, even if it was only for fleeting moments spent in the Hacienda watching their favourite bands at the weekend.

The Stone Roses were very much part of the new culture being born in Manchester during that time, emerging with a fresh sound that captured the imaginations of young Mancunians. Their self-titled debut album went on to become one of the most revered in modern times, with a sound that created a sense of freedom and togetherness amongst a set of young people who’d only known despair. Their early gigs are now firmly entrenched in Manchester folklore, with those in attendance united in their belief that The Roses felt like a band they owned and who spoke for them. Ian Brown’s anti-establishment attitude resonated, and the colours created by John Squire’s guitar lit up and otherwise gloomy picture. Manchester’s youth finally had something to enjoy. Their Spike Island gig in 1990 encapsulated that sense of escapism. As 27,000 fans dressed in the kind of ‘baggy’ clothes that had become synonymous with the band crammed next to the Mersey Estuary for a performance that would be mythologised over the coming decades, a feeling of unity and happiness not present in everyday life pervaded.