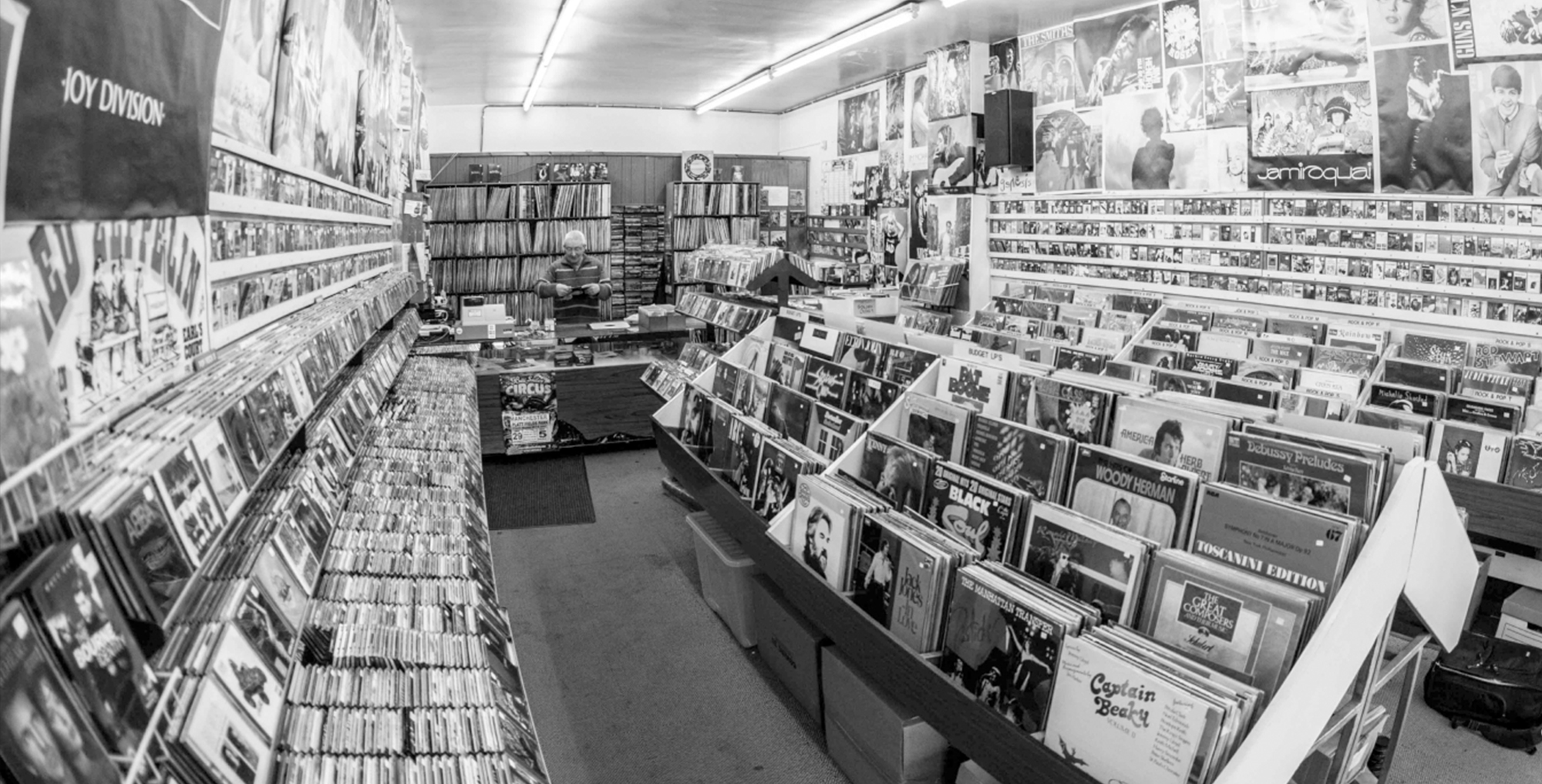 “I haven’t been in another record shop for 37 years”, says Pete Howard, or ‘Mr Sifter’ as he is better known since being immortalised twenty years ago in the lyrics of ‘Shakermaker’. “I don’t like the way other people do things”, he laughs, “I only shop here!”


Specialising in mainstream rock and pop on vinyl, Sifters is the antithesis of the cooler-than-thou collectors’ second hand store. It’s the place to go in Manchester if you suddenly get the urge to own that classic major label LP you never got around to. There’ll always be a ‘Blood on the Tracks’, an ‘Ogden’s Nut Gone Flake’ or a ‘Man Who Sold The World’ and they’ll be dirt cheap, easy to find and close to mint condition. 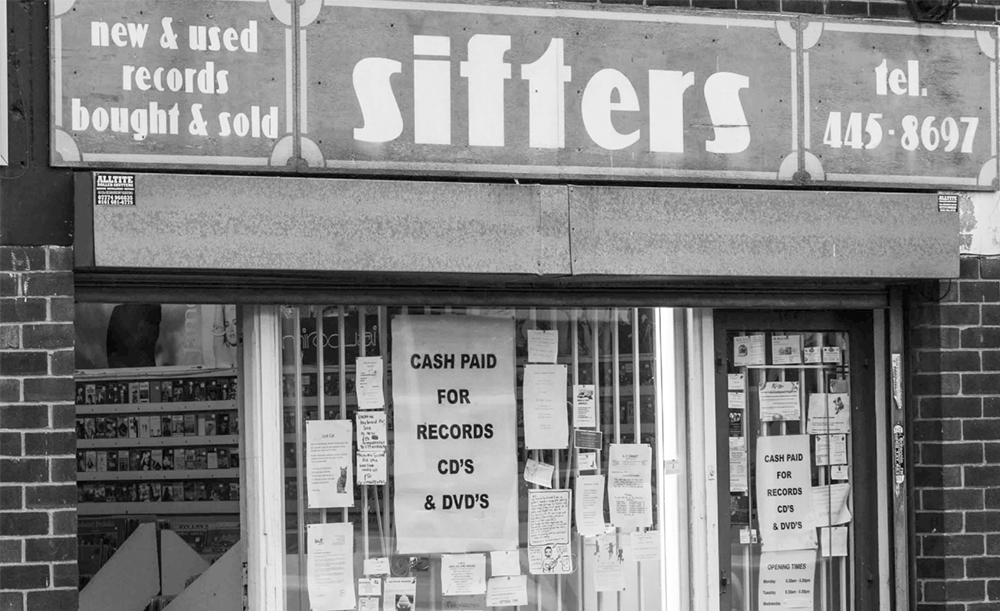 The atmosphere of an independent record shop is often created by the buying policy and personality of the proprietor. Sifters is an easy going joint – a great place to start exploring (as Liam did) - perhaps because Mr Sifter never considered himself a serious, chin-stroking music obsessive. He claims never to have liked anything ‘cutting edge’. “Just give me a bloody tune”, he smirks, as Meatloaf roars through the hits in the background.


Pete opened Sifters in 1977 using 700 of his own LPs as stock. He was 29, newly divorced and after a fresh start. The original Sifters was on Mauldeth Road in Burnage and most of his customers back then were kids – punks – coming in and causing mayhem. Sifters moved to its current location, Fog Lane, in ‘83 and for a brief time there was a second branch in Stockport specialising in new wave.


Pete has affectionate memories of the teenaged Liam’s visits in the late 80s: “I had no idea he’d ended up in a band until I saw the cover of ‘Supersonic’”, he says. “The other lads from Oasis have said in the press that they used to come in and nick stuff, but I don’t think that’s true, really, I kept a close eye on them! Sifters is a child-free zone these days. One or two stand at the door, snigger, and move on. The kids have gone digital now, which means nothing to me. I like a music format I can actually touch.”

The impact of the so-called digital revolution on record shops is well documented. In 1989 there were over 2000 independent stores in the UK. By 2009 there were just over 200. Downloads and streaming services mean that today’s fledgling consumers have little need for sales assistants and listening posts. Album artwork and track sequences are meaningless. Acquiring music is a pretty solitary activity. It’s just you and your screen.


And it’s not just digital formats squeezing music stores, its landlords too. Across cities such as Manchester, Brighton and Bristol, creeping gentrification is driving out the very same risk-taking entrepreneurs that brought these neglected areas to life in the first place. In 2010 Spillers in Cardiff was forced out of the building it had occupied since the 1940s, due to unreasonable rent hikes.


But the indies that remain are putting up a noble fight. Lots have benefited from Record Store Day (RSD) – a US-born campaign to boost the profits of record shops via scores of limited edition releases that are made available worldwide in mid April. Although RSD is not without its detractors, it has unarguably contributed to the current spike in interest for vinyl. Whilst the overall market continues to contract, sales of new vinyl LPs have increased annually for the last five years – so there are some reasons to be cheerful.