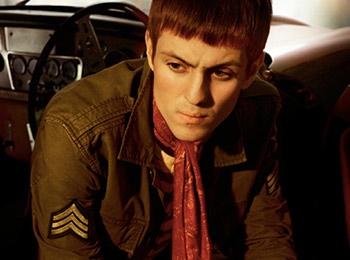 This season we introduce our Lennon Military Shirt/Jacket inspired by the legendary US Army Shirt worn by John Lennon, most notably on the cover of his ‘Live In New York’ album. He also wore this at the One To One Concert at Madison Square Garden on August 30, 1972.

The shirt was supposedly given to Lennon by a solider who had just left the army in Vietnam and the original was authentic military uniform.

At the time Lennon was strongly anti-war and wore US Army attire whilst promoting his ‘War Is Over Slogan’ as a sign of rebellion.

Our jacket includes the sergeant chevron stripes and the infantry patch is reworked to include our logo. A seasonal favourite of ours and a true collectors item, our Lennon Jacket is sure to turn heads.

Get yours here here.