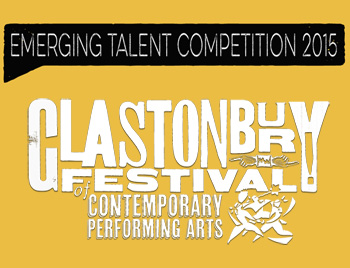 Glastonbury Festival have announced its 'Emerging Talent Competition 2015' which gives new acts based in the UK and Ireland the chance to compete for a slot on one of the main stages at this year’s Festival.

To enter, acts will need to supply a link to one original song on SoundCloud, plus a link to a video of themselves performing live (even if it’s only recorded in a bedroom).

Once the entries are in, a panel of 40 of the UK’s top music writers will help compile a longlist of 120 acts. The longlist will then be whittled down to a shortlist of 8 artists by judges including Glastonbury organisers Michael and Emily Eavis, before the live finals at Pilton Working Men’s Club in April decide the winning act.

This is a great competition to get that extra exposure needed to launch your career as a band.

Get involved in this years Glastonbury Emerging Talents Competition 2015 here >