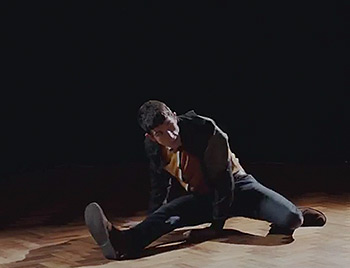 Our AW15 capsule collection focuses on the Northern Soul youth movement of the late 1960’s. Northern Soul mainly consisted of black American soul music based on the heavy beat and fast tempo of the Tamala Motown sound. The scene exploded in bleak Northern England and sparked a new youth culture united by dancing, all nighters and most importantly, soul. The underground music and dance movement has survived well over fifty years, with the subculture coming back into the forefront of the media due to the release of the 2014 film ‘Northern Soul’ directed by Elaine Constantine.

‘I got into Northern Soul because of my mum and dad and it was just waking up as a kid and hearing northern soul when they were just getting in from an all nighter. Peering through the door and those two would just be dancing together and being in love and it just hit me from there really.’

Back in 1960’s there was no internet, no social media and no YouTube and if you wanted to hear the music you had to go to the Northern Soul Evenings. Today, social media has meant that Northern Soul music is easily accessible- creating an underground following of younger generations running parallel to the dedicated long time fans.

The feel good, living for the weekend mentality that has always been deeply rooted in Northern Soul, has remained the key driving force for the new generation. Giving people a moment of escapism from their sometimes bleak day-to-day life and allowing them to lose themselves in the chaos and the music.