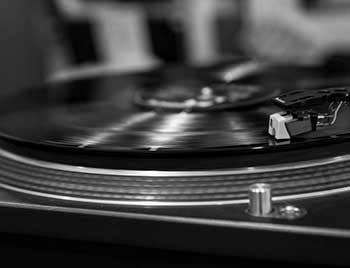 It was announced this week that the Official Charts Company have launched the UK’s first ever weekly Official Vinyl Charts. The vinyl revolution is officially here! As popularity for vinyl surges, the announcement is just in time for Record Store Day.

There has also been a large rise of innovative independent record stores opening up around the country as more than 40 new shops have opened in UK high streets in the last 5 years. The most dramatic increase came in 2014, with more than 50% of openings occurring in the last 12 months alone.

Over the last 2 years we've taken a real interest in the resurgence of vinyl. Our AW13 campaign “The Vinyl Revolution” visited some of London’s most iconic record stores including “Sounds of the Universe” in Soho and we have grown our selection of vinyl stock online and in Pretty Green stores over the last 2 years.

Whether you're an avid fan of vinyl or just starting your collection, check out Pretty Green vinyl here >