Spaceships and Bicycles: The Genius Of Syd Barrett 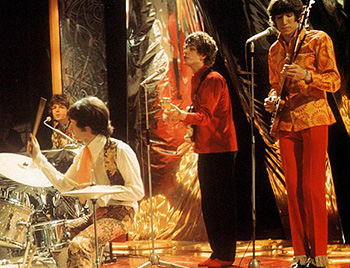 During the second half of 1966, in his flat in Earlham St in London’s West End, Pink Floyd’s Syd Barrett wrote a handful of songs. This small body of quirky and innovative work would go on to play a massive part in reinventing British rock and pop.

Two years earlier in September 1964, when Syd had moved to London from Cambridge to go to art college his involvement in music was like that of many other white middle class grammar school boys: he played in Rhythm and Blues bands playing covers of R&B standards.

So much that was innovative and thrilling in British pop in the early to mid 1960s came from English boys playing R&B - but the stuff that Barrett and his band mates produced was never in that league. It was second rate and Barrett wasn’t even that committed to it - his main interest was in art.

In 1966 his band, by now called Pink Floyd, were playing fund raisers for proto-hippy utopian social activists; The London Free School. This put Floyd on the same bill as the avant garde experimental jazz/sound group AMM. AMM weren’t in the business of playing music - instead they de-constructed it in a way that had more to do with abstract expression and art. In other words they made odd, random sounds.

This approach appealed to Barrett’s arty sensibilities and he began to experiment with sound and distortion and effects. His band’s repertoire may still have contained covers of Louie Louie and Roadrunner but in the guitar breaks and in the gaps between songs Barrett began to improvise in ways that had nothing to do with R&B. Strange noises and drones and echo came forth.

Pink Floyd had also, very early in their career, met light artist Mike Leonard. Leonard’s innovation in lighting techniques lent itself to Barrett’s free form musical innovation. Gradually the routine R&B stuff became irrelevant. Pink Floyd’s stage show was all sound and light and experimentation. By the start of 1967 Barrett and Floyd had broken with the past. Any R&B cover they now played on stage was just there to act as starting point before they headed off elsewhere. They had invented something entirely new.

However it wasn’t just strange experimental songs about outer space that Barrett came up with. He also wrote songs that were almost like nursery rhymes, seemingly to do with his childhood, something very English and mysterious. On the one hand his band were performing wigged out riffs in extended pieces about space and the planets, and on the other hand he was singing about scarecrows and bikes. There really wasn't anything else like it and when these songs were recorded it made for an LP that darted all over the place. It had wit and flair, and was as joyous as it was original.

Barrett wasn't the only innovator about at the time. Psychedelic music, technical and electronic experimentation, very English songs sung in very English accents and the influence of Eastern musical forms were already very much part of that period of incredible innovation between 1965 and 1967. However Barrett’s contribution was seismic. Here was rock music played in a way that had nothing at all to do with R&B, in a way that could be experimental, where innovation was everything and where ideas could fly off in in all sorts of directions.

It’s a hell of a legacy for Barrett but the price he paid was high. By the summer of 1967 he was falling apart and by 1968, he was out of the band. He went on to release a couple of solo LPs, which many people still adore and rate highly and which do contain flashes of brilliance, but which also contain the sounds of someone struggling to keep a grip.

Syd Barrett's contribution to rock didn’t end with his retreat from public life. He still played a part in what Pink Floyd would achieve in the 1970s, his absence an important influence on Dark Side of the Moon and the follow up LP Wish You Were Here.