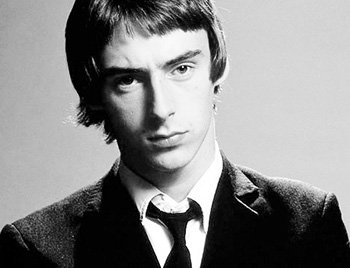 1. Steve Marriott
The sharp-dressing singer of the Small Faces was a Mod from head to toe and his immaculately back-combed hairstyle has served as an inspiration for many who followed.

2. Paul Weller
Although he took his style lead from the Mod icons that preceded him, his steadfast perseverance with the modernist ideal means that he’s quite rightly known as ‘the Modfather’.

3. Jimmy Cooper
The Mod with the split personality portrayed by Phil Daniels in the movie ‘Quadrophenia’, it’s still impossible to pull on a parka without imagining you’re Jimmy.

4. Pete Townshend
While it can be argued whether he was a Mod, he lived and breathed the style in his early days and through his music he’s done more than anyone else to sum up what it means to be a Mod.

5. Pete Meaden
The man who turned The Who into Mods, this original Ace Face nicely summed up mod as “clean living under difficult circumstances”.

6. Mary Quant
The bob-haired ‘Queen of Mod Fashion’ popularised the androgynous look in her designs and set the template for the style of Swinging London.

7.Cathy McGowan
Plucked from the fashion desk of ‘Woman’s Own’, the ‘Ready Steady Go’ presenter became dubbed the ‘Queen of Mods’ and used the TV show to take Mod style to the High Streets of Britain.

9. Eddie Phillips
The super cool guitarist of pop art innovators The Creation, he claimed their music was “red with purple flashes” and played guitar with a violin bow. How mod is that?

10. Bradley Wiggins
Cool as you like, the Tour de France winner proves the enduring style of Mod is no inhibitor of success in the 21st Century.