'This Is England' Returns To Our Screens 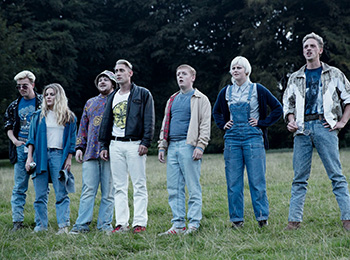 We’re excited about the return of Shane Meadows drama series, “This is England”, to our screens this September.

The series won multiple awards after the feature film first released in 2006. We met the characters as kids with the series set in 1983. Since then we have seen them grow up through the TV spinoff series set in 1986 and 1988 and their experiences in life, race, sex and youth in the Midlands.

This Is England ’90 reunites friends Woody, Lol, Shaun, Smell and the rest of a gang into the era of acid house and “Madchester” with a soundtrack featuring Adamski and Seal’s Killer. It’s not one to miss.

Football & Fashion: Style From The Terraces

Manchester: The Birth Of Britpop