The Enemy: Album Release "It's Automatic" 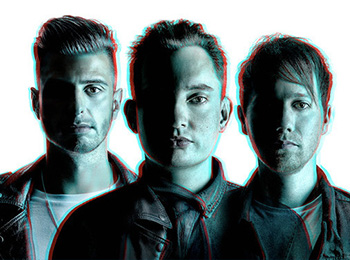 THE ENEMY return to WARNER Records, with whom they released their debut album, in 2007, to release their eagerly anticipated 4th studio album.

All previous three Albums have charted in the Top Ten, with debut album ‘We’ll Live And Die In These Towns’ reaching number 1 and going double platinum! They’ve won numerous awards and headlined many stages across the UK, rapidly selling out venues and gaining a solid live following.

Still only in their mid-to-late 20s, and younger than the bands they emerged with – and outsold – they're readying their most ambitious record, 'It's Automatic', for release this October. “We've been working on it for a long time,” says Tom. “It's a f**king great record. It was difficult to make but not in a bad way. To people who are still living in 2007 it'll be a shock but to us it's a natural progression.”

Watch the video for Title Track “Its Automatic” here: