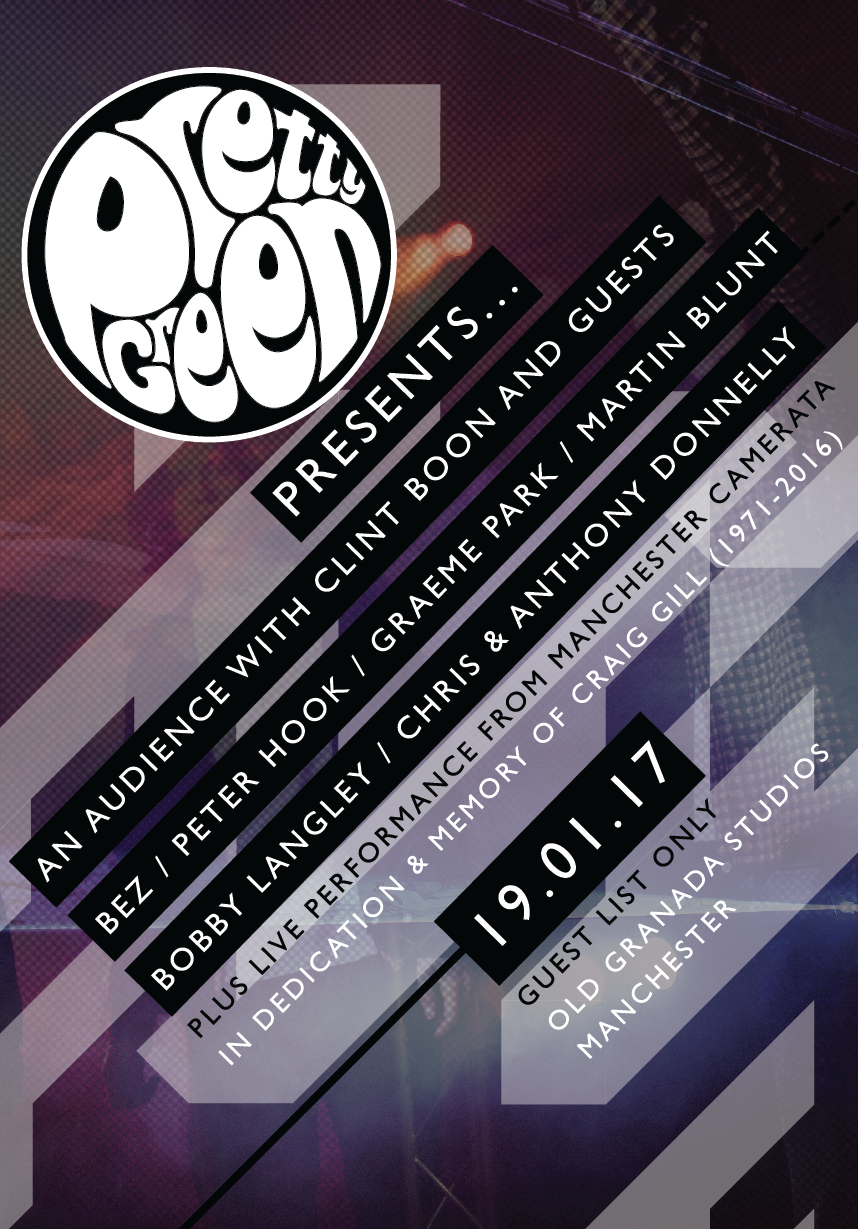 Taking place at the legendary Old Granada Studios in Manchester on Thursday 19th January it should prove to be a fascinating discussion around the music and fashion from Manchester in the 80's and 90's that influenced the world for generations to come.

This unique event will see Clint Boon (Inspiral Carpets, Xfm) and Bez (Happy Mondays, Black Grape) take a trip down memory lane along with a string of other influential guests we're announcing in the run-up to the event.

This will take place in the evening on Thursday January 19th 2017 at the Old Granada Studios in Manchester. Stay tuned as there'll be an opportunity to win tickets and be part of this exciting event coming soon...

Our Host and Special Guests so far: