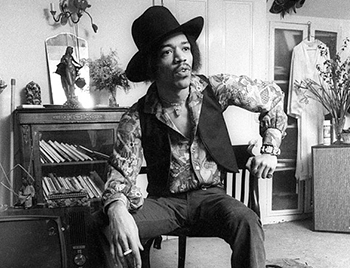 A permanent museum has now opened at Hendrix’s Brook Street London home. The flat has undergone a £2.4 million restoration to return the rooms into how they looked when he lived there with girlfriend Kathy Etchingham in 1969.

The flat, which he rented for £30 a week, was regarded by Hendrix as ‘the first real home of my own’ and he spent a lot of time decorating the flat to his own taste. The restored rooms include original exhibits such as the Epiphone acoustic guitar in which he worked out the arrangement for his cover of All Along The Watchtower by Bob Dylan.

The adjoining rooms of the third floor flat have become a museum, showing the artists memorabilia and showcasing some never before seen images documenting the artists’ rise to fame during his time in London.

The Handel & Hendrix museum in London opened on the 10th February, tickets are available HERE.