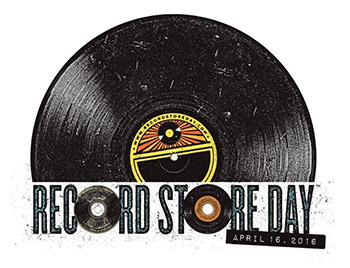 To celebrate Record Store Day 2016 we have rounded up our list of the top record stores in the UK.

Founded in 1971, Probe is probably the best-known record shop in Liverpool. Probe has supported the Liverpool music scene from day one, with record producer Julian Cope, Dead or Alive front man Pete Burns and Frankie Goes To Hollywood vocalist Paul Rutherford all working in the shop. The store was at the centre of the new wave and punk scenes, supporting local bands and promoting the upcoming talent.

With main store in Bristol and two other smaller branches in Cheltenham and Worcester, Rise sits in between being an independent record store and a larger corporate name. The store regularly hosts in store gigs, as well as selling vintage clothing, films and also hosts a quiz.

Jumbo Records is the oldest record shop in Leeds, providing a huge array of albums from rock and indie to pop. The store also sells gig tickets for a number of local venues in Leeds, Wakefield, Sheffield and York.

An independent record store with a difference- The Music Exchange is a social enterprise, working with homelessness charity Framework to give vulnerable people from varied backgrounds the opportunity to work in a retail environment and gain experience.

Monorail Music opened in 2002 after founder ‘noticed that the vibrant music city of Glasgow was lacking something important- a great record store.’ Monorail stock an extensive selection of rarities, reissues and releases from local talent.

Situated in the vibrant Northern Quarter in Manchester, Piccadilly Records has been voted best Independent Record Store at the Music Week awards and also Best Record Store at Gilles Peterson’s Worldwide awards. The store brings out an annual Best Of The Year Booklet, a bible of the greatest new tracks to listen to as recommended by the expertise of the staff.

Reckless Records was the first record in Berwick Street and has been a key to the heart of Soho since 1984. The store features on the cover of Oasis’ (What’s The Story) Morning Glory. The store deals with second-hand vinyl and also purchases many kinds of music through their specialist buyers.

One of the biggest independent record stores in the UK. London’s Rough Trade East opened in 2007 as the sister store to Rough Trade West. The store does much more than just sell music, playing host to in-store gigs, film screenings, exhibitions and also an active record-subscription club. Its also one of the most influential labels in the UK, having put out records by The Smiths, The Fall, Arcade Fire and more.

Founded by local band Frankie & The Heartstrings, Pop Recs started as an idea to open a record shop as a two-week pop up to promote their second album and soon became a long-term project. The store allows you to shop for vinyl whilst also admiring paintings, drawings and sculptures in its art gallery. Big named artists appearing at the store include Badly Drawn Boy, Bernard Butler, Charlatans singer Tim Burgess and Franz Ferdinand.