Record Store Day 2016: The Must Have Releases 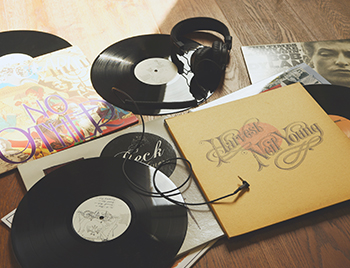 The 16th April, marks the day when record stores across the UK unite to celebrate the nostalgia and beauty of vinyl.

The first Record Store Day was started in 2008 and is now held annually, with over 200 independent record stores participating in the UK alone. Special vinyl releases and rare records are made exclusively for the day, as well as many stores holding events and in store gigs.

Check out our picks of the must have releases this Record Store Day.


David Bowie - The Man Who Sold The World

As a tribute to Bowie, picture discs of the single will now be available, along with a 50th anniversary release of his Pye singles, I Dig Everything: Pye Years 1966.


The Doors - Live at the Aquarius Theatre Vol 1

The 1969 show appears for the first time on vinyl at this years record store day featuring hits such as ‘Back Door Man’ and ‘Soul Kitchen.’

The previously unreleased track ‘Rain’ is uncovered for this Record Store Day 7”, with side two featuring their hypnotic and groovy cover of Mark Ronson’s ‘Daffodils.’

Ian Brown’s 2004 solo album will be pressed to vinyl for the first time.

Copies of this early live performance are finally being released, featuring early edits of tracks that would eventually feature on their debut album ‘Bleach.’

A previously Japan only item gets a wider release. This release gives fans a sneak peek at Dylans next album, ‘Fallen Angels’ with four tracks featured.

A reworked version of the album ‘Clouds Taste Metallic’ This release is also accompanied by a graphic comic designed by Wayne Coyne.

A limit to 5000 copies on this reverse coloured picture disc.


Jonny Cash - All Aboard The Blue Train

Originally released in 1962 this record has been previously out of press but is going to made available exclusively on Record Store Day with 3,000 copies worldwide.


Buzzcocks - The Way & More Product In A Different Compilation

‘The Way’ is being released on white numbered vinyl whilst ‘More Product In A Different Compilation’ is a double LP.

A black vinyl of the best of The Charlatans, remixed by Fatboy Slim (Norman Cook).

This album comprises of 14 songs taken from radio and TV recordings from the peak of the bands success, which have never previously been released.

5000 copies of numbered editions will be on offer of this vinyl that has been restored to its original 1969 format, featuring songs such as ‘Purple Haze,’ ‘Hey Joe,’ ‘Fire,’ and ‘Red House.’ The poster that was included in the original release will be included.