Win tickets to 'The Jam: About The Young Idea' exhibition in Liverpool 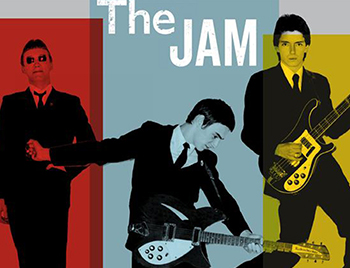 A new interactive exhibition charting the rise and influence of The Jam - one of the most important British bands of the last forty years.

About the Young Idea will be the most comprehensive exploration of the music, background, political and social impact of the band who were the voice of a generation.

Curated by frontman Paul Weller's sister Nicky, Russell Reader and Den Davis, the exhibition will include many never before seen items from the private archives of the band, as well as a collection of some of the most impressive memorabilia the bands’ loyal fan base have collected over the years.

About the Young Idea takes music exhibitions to the next level, with visitors able to interact with exhibits using a new, free, user friendly app on their smart device to get extra exclusive content throughout the exhibition. It also allows music lovers to store up to five of these show exhibits on their device to enjoy in their own time.

This will be the last time that the exhibition will be on view in the UK, so it's not to be missed!

**Win tickets to the Private View of The Jam: About The Young Idea exhibition launching in Liverpool.** We have 2 tickets to give away and a hotel stay at Hope St Hotel.

Simply Retweet this post on our Twitter. Winner will be chosen at random and announced Thursday 23rd June.

Competition ends midnight Wednesday 22nd June. The winner will be announced on Thursday 23rd June 2016 via Twitter. Must retweet on Twitter. Winner will be chosen at random. One entry per user and/or household. Hope Street Hotel one double bedroom for two people for one night stay only for Thursday 30th June 2016 (http://www.hopestreethotel.co.uk/). No cash alternative and the night of the stay cannot be changed. Pretty Green reserves the right to amend the terms of this competition at any time and to take appropriate action including cancellation of the competition if it deems such action necessary.