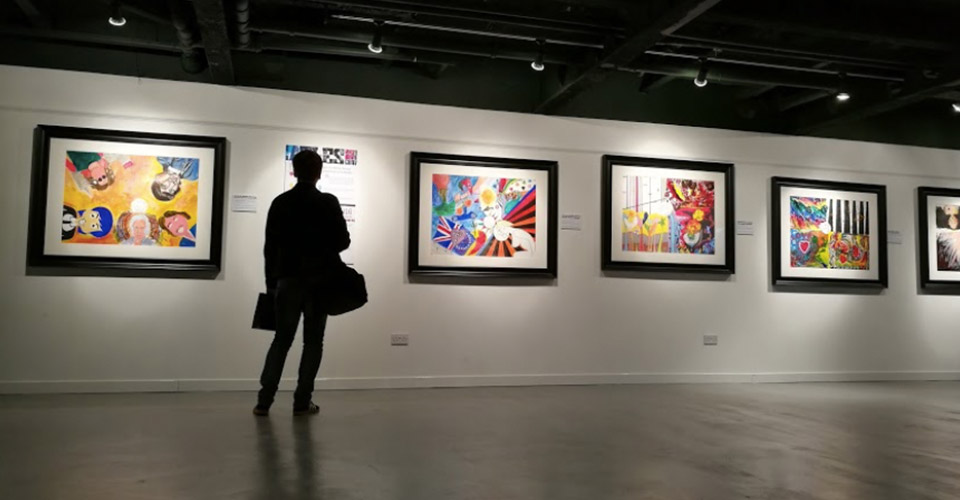 Pretty Green have teamed up with Art In A Corner in order to produce an exclusive exhibition showing paintings by a variety of bands and artists that have been inspired by Images of a Woman, the only known painting ever made by The Beatles. The exhibition was first launched in our Glasgow Buchanan Street store last Thursday and will be visiting Leeds, Carnaby Street and Manchester also.

A variety of bands have their work presented here at the Glasgow store with examples such as ‘The Fast Show’s’ Paul Whitehouse and Charlie Higson who have re-formed their 1970s college band - The Right Hand Lovers - just for ART IN A CORNER.

Below are a few paintings that can be seen inside the exhibition at the Glasgow store.

Brian Wilson and his band’s painting was painted earlier this year during the Pet Sound’s 50th Anniversary World Tour, a worldwide concert celebrating the 50th anniversary of the Beach Boys’ album Pet Sounds. All members of Brian’s band participated making this painting in which all their names have been signed in the centre of the painting - the same as the Beatles did fifty years ago.

This painting created by the Bootleg Beatles potentially shows evidence of the zebra crossing at Abbey Road in the top right corner. They are the world’s leading Beatles tribute band and are now currently touring the world reaching out to their global fanbase.


To see more, head down to the exhibitions across our stores.


The Pretty Green X Art In A Corner Exhibition in Glasgow will end Sunday 25th September.