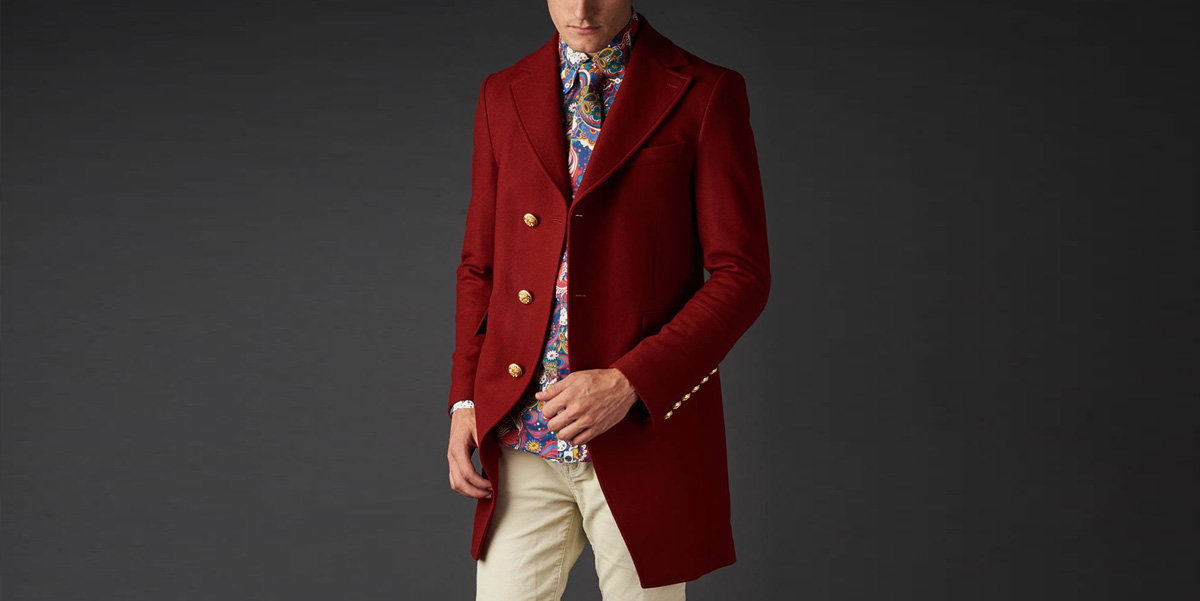 This season we have collaborated with The Beatles & Apple Corps to produce a range of clothing inspired by outfits that The Beatles wore, along with the music and artwork from Sgt. Pepper. Key outerwear pieces include the Strawberry Fields Coat, the Pepper Jacket and the Lonely Hearts Club Parka. 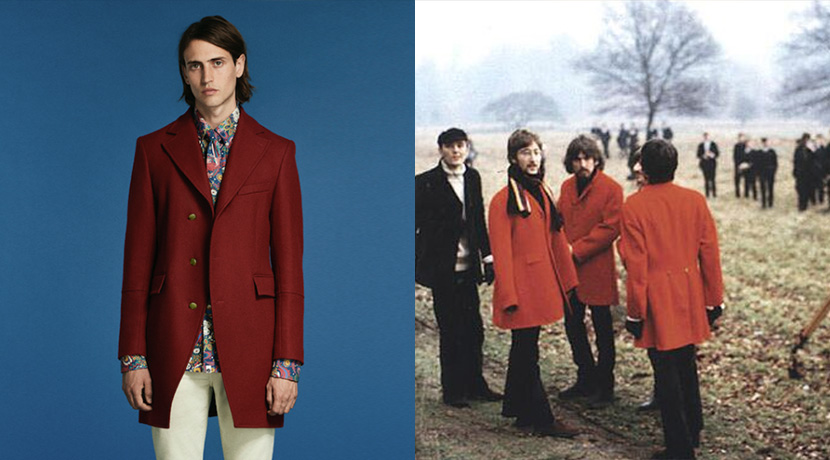 The song refers to a street in Liverpool, England near the band’s childhood homes. Lennon and McCartney would meet at Penny Lane junction and their collective memories were paired together to comprise one of the greatest songs of recording music history.

Inspiration for the jacket comes from the costumes worn in the video in which The Beatles were filmed riding white horses and wearing red hunting jackets. 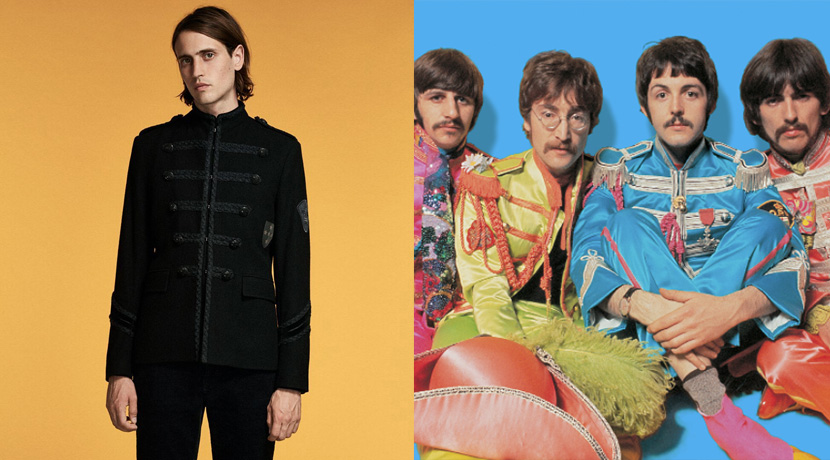 Our black Pepper Jacket is inspired by the jacket worn by Paul McCartney on the front cover of Sgt. Pepper’s Lonely Hearts Club Band. McCartney had an idea for a song involving an Edwardian era military band that eventually would form the impetus of the Sgt. Pepper concept.

MBE medals can be found on both McCartney, Ringo Starr and Harrison’s jackets as well as the Royal Coat of Arms of the United Kingdom on Lennon’s jacket. Lennon however returned his MBE badge to the Queen due to his anti-establishment beliefs. 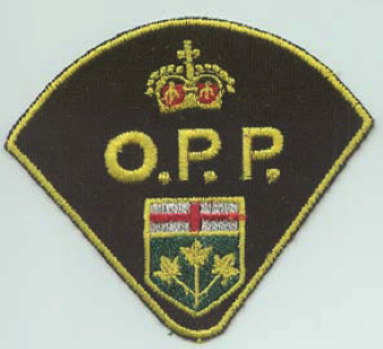 The Ontario Provincial Police Badge is situated on McCartney’s sleeve which inspired detail of the Pepper jacket. This badge has been reinterpreted and embroidered onto the left sleeve of our Pepper jacket as an updated P.G.J.R badge representing the names of Paul, George, John and Ringo. On the left hand side of McCartney’s original aqua jacket is a green and red patch with stars known as the Southern Command Royal Pioneers badge. This badge again is appliqued under the left arm of the jacket in black. 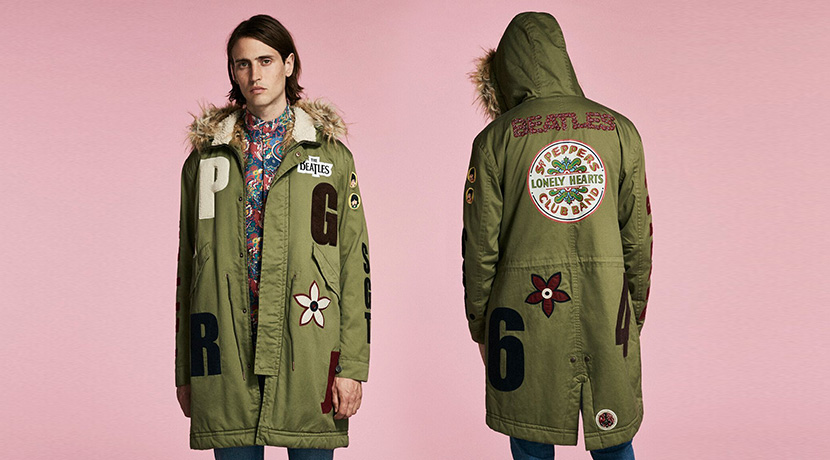 The Lonely Hearts Club Parka was inspired by the image of John Lennon arriving for the first day of recording ‘Sgt Pepper’s Lonely Hearts Club Band’. With M representing Military and the numbers standing for the year it was made the M,51 parka has been reworked into a slightly slimmer more contemporary fit.

The numbers 6 and 4 have derived from the single “When I’m Sixty-Four” and the floral badge embroidered on the front left hand side of the jacket has been inspired by the flowers at the bottom of the Sgt. Pepper album cover. The embroidered letters P, J, R and G represent Paul, John, Ringo and George. 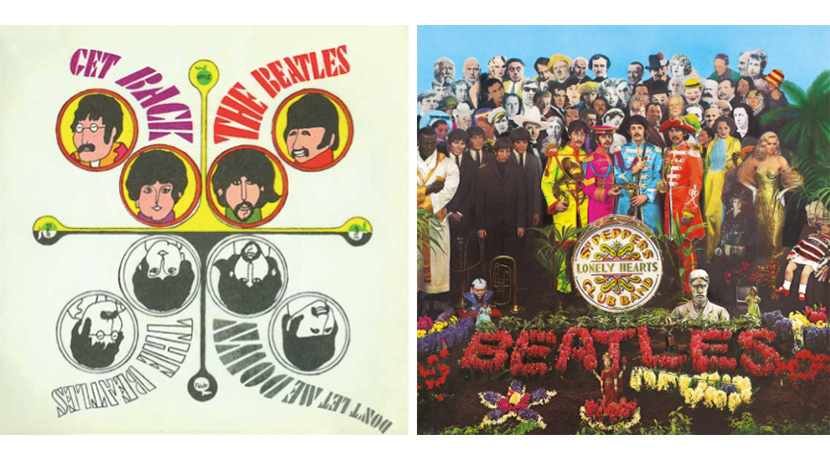 Released in 1969 the single ‘Get Back’ reached number one worldwide and some of the artwork has inspired the linings of the parka. The faces of The Beatles members decorate the single cover and this is referenced as colourful patches on the arm of the parka.

Embroidered on the back is a red floral ‘Beatles’ badge taking inspiration from the flowers found on the ‘Sgt. Pepper’s Lonely Hearts Club Band’ album cover and imagery referencing the drumskin found in the centre.

Other outerwear pieces like the Lonely Hearts Club Denim Jacket and Good Morning Parka have also been inspired by the artwork of the Sgt. Pepper album.