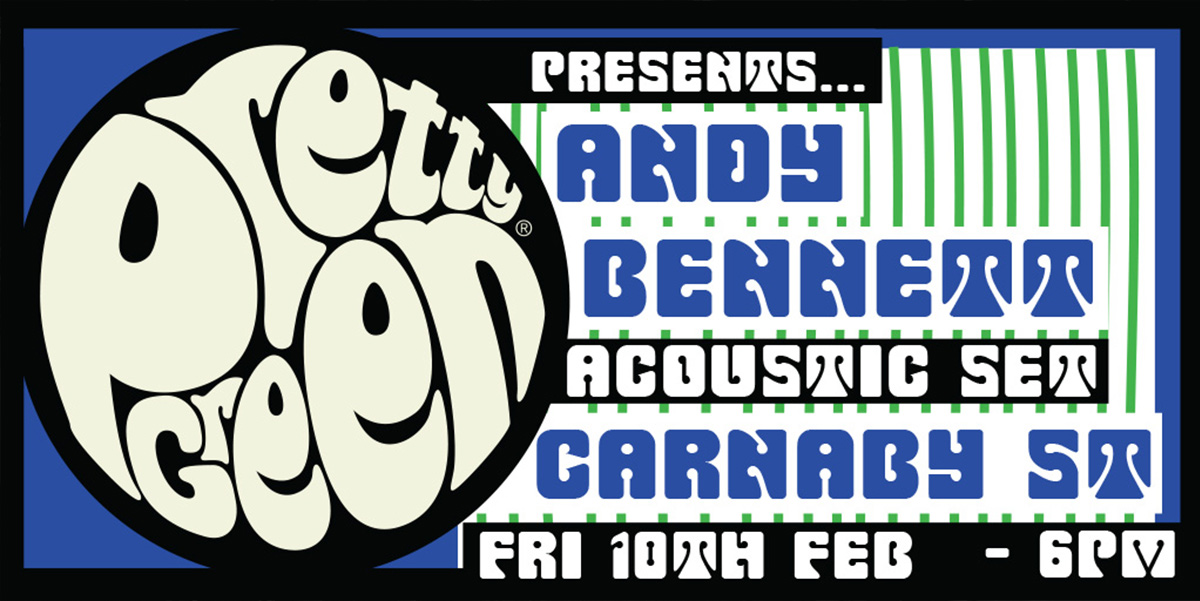 On Friday 10th February Andy Bennett will be playing an acoustic set from 6pm in our Carnaby Street store.

Known not only for his frequent gigging but also his work with Ocean Colour Scene with whom he performed and recorded with as second guitarist, bass player and occasional drummer, Andy is a truly versatile artist.

In October 2015 Bennett went solo and released successful singles ‘Hole in the Road’ and ‘Drift Away’. His latest solo album ‘Thinkin’ Drinkin’ Singin’’ is a beguiling collection of lovingly-wrought songs that are a blend of both the newly-minted and honed versions of tracks that Andy has been developing over time.

“I’ve lived with some of these songs for a while, this was just the right time to record them. I’m really pleased with how it’s turned out, it has a real sense of reality to it. I’m pleased with the version of ‘Old Pair Of Jeans’ too, I didn’t get to sing on the last version so thought I should do my own.” - Andy Bennett

Head to our Carnaby Street store next Friday 10th February, for an acoustic set and a look at our new Black Label collection.