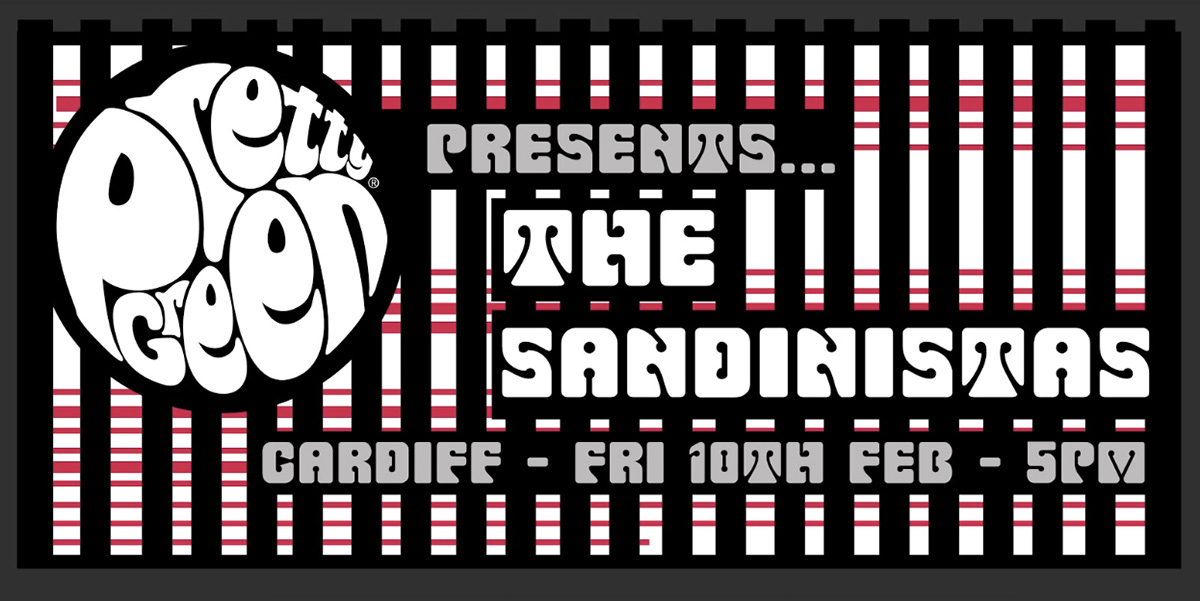 On Friday 10th February band The Sandinistas will be playing live at our Cardiff Pretty Green store from 5pm onwards.

Take a listen to their recent track ‘Ready To Blow’:

The band have also scored the approval of John Kennedy and Huw Stephens with their energetic live performances.

The Sandinistas will be touring the UK this February so keep an eye out on upcoming dates near you.