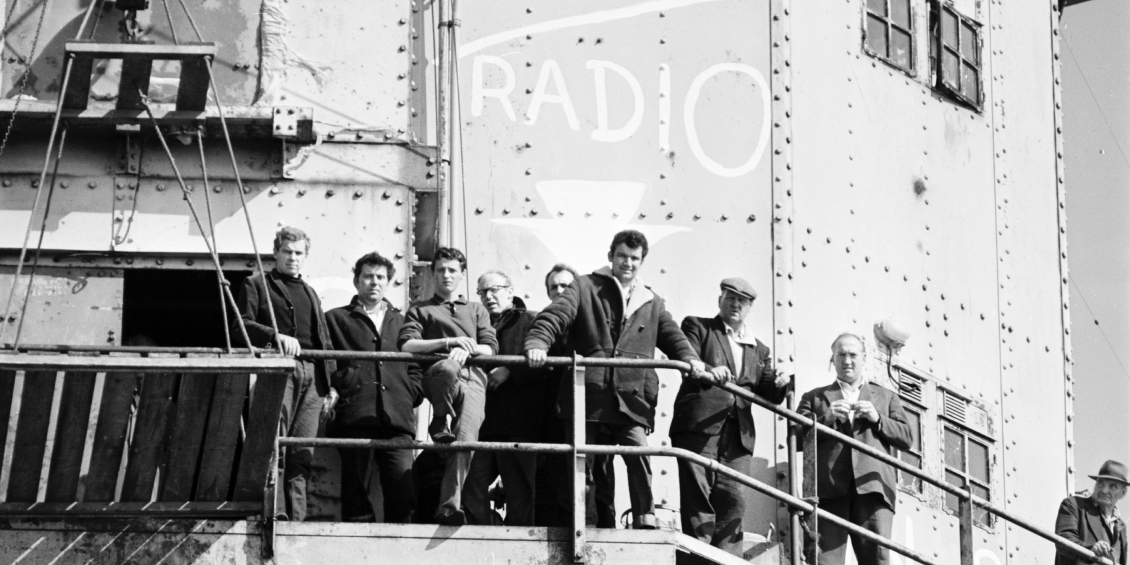 From fishermen, explorers, submariners and beyond, the aesthetic appeal of naval garments worn by the seafaring pioneers of yesteryear has held considerable sway over men’s fashion for decades.

Whether it’s chunky, cable-knit woollen sweaters, rubberised hooded raincoats, Navy-inspired pea coats, chambray shirts or deck shoes, the nautical influence has been consistently revisited and re-imagined by both designers and pop culture figureheads alike. And with good reason too.

A quick scan of cinema’s most iconic moments, for example, offers a small glimpse into how the adoption and reinvention of naval wear highlights the enduring power of the nautical look. Think Steve McQueen’s thick Aran sweater in The Thomas Crown Affair (1968) or Michael Caine’s double-breasted, beige, suede reefer jacket in The Italian Job (1969) through to Daniel Craig’s dark navy Billy Reid pea coat in Skyfall (2012).

So what is it about this look that has captured the imagination of men through the years? While the traditional maritime influence echoes the simple versatility and hard-wearing practicality of the original incarnations, it’s the modern close fit and slightly heavier textures that makes these spring/summer perennials really stand out.

To truly understand its enduring appeal we need only look at some key pieces, their roots and the influence they’ve had on Pretty Green’s own SS18 collection.

Ask anybody to describe a fisherman’s jumper and chances are you’ll get a pretty accurate rundown of the classic Aran sweater.

Named after the Aran Islands just off the west coast of Ireland, the Aran jumper was initially designed to offer protection against the unforgiving elements endured by the islands inhabitants.

Hand-knitted, these jumpers were created with their own meaning behind each particular stitching design. The thick cable stitching we still see so often today in modern menswear signify ropes and safety at sea. 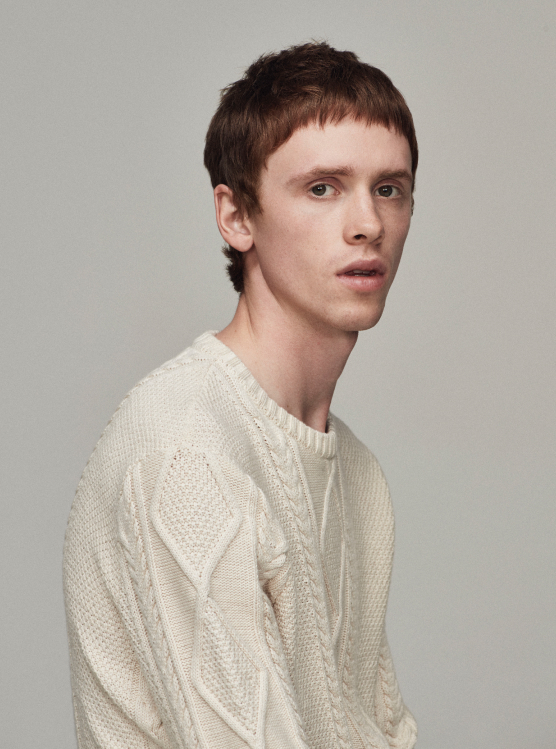 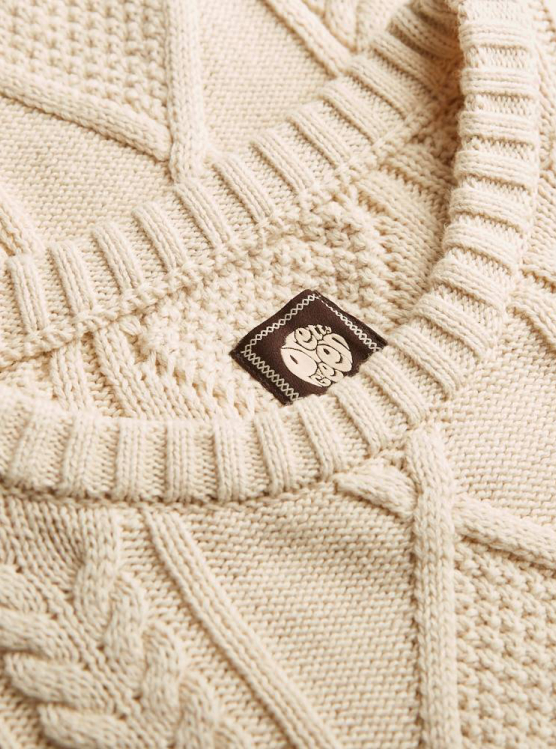 Originally designed with practicality and safety at their core, early incarnations tended to be made of cloth that were treated with oil to repel water and keep fishermen’s woollen undergarments dry.

As time wore on these cloth coats were replaced by rubberised parkas and dyed to make fishermen easier to spot in the sea if they fell overboard – hence the bright yellow, red and orange tones we tend to encounter more commonly today. 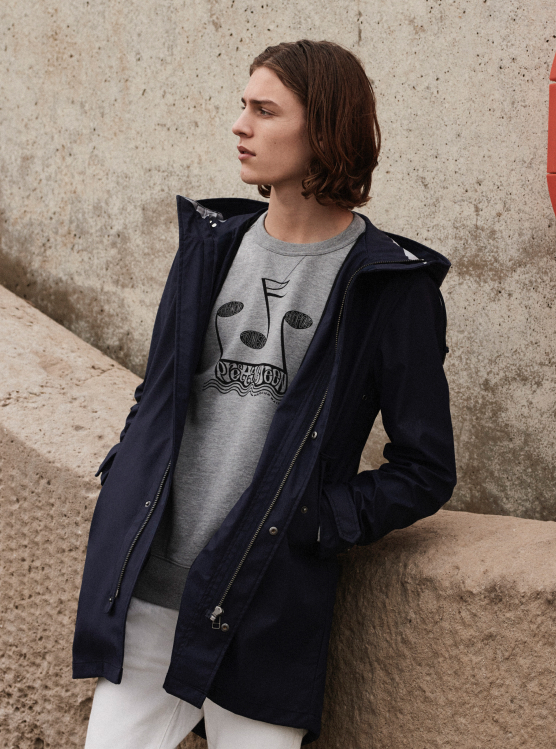 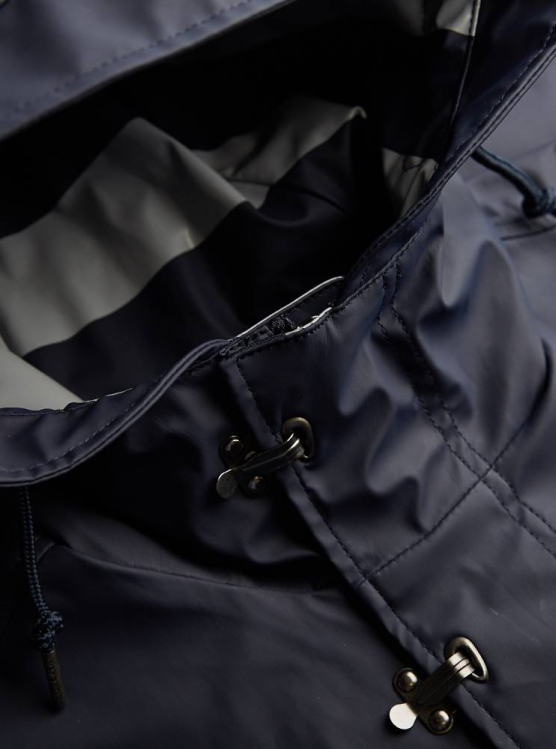 Once referred to as the ‘blue collar working shirt’, the chambray was adopted by the US Navy in the early 1900s all the way through World War II. Back then the staple uniform consisted of dark denim bottoms matched with the chambray shirt (long-sleeved but sometimes shortened or removed altogether at the shoulder) and matched with a crisp white T-shirt.

Although it has a definite denim look, the chambray is actually woven which gives it added versatility and is lighter to the touch.

The chambray is generally associated with famous French undersea explorer, former naval officer and filmmaker Jacques Cousteau, a man whose general look consisted of the chambray, diver’s watch and a wool watch cap. 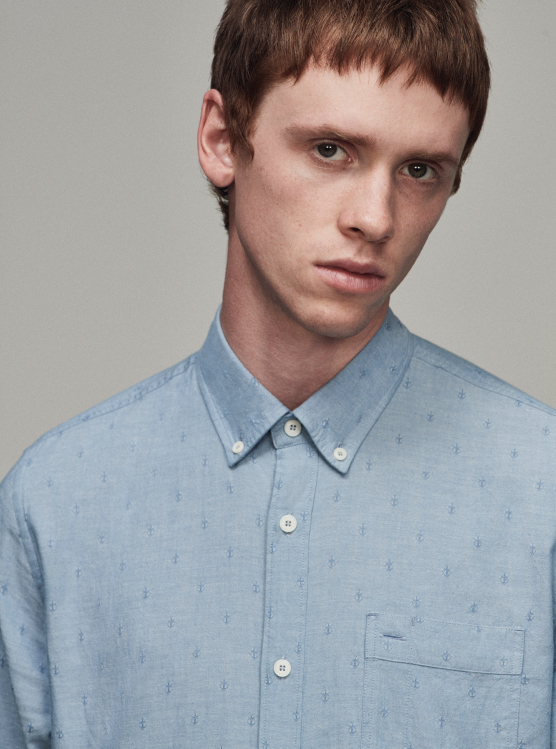 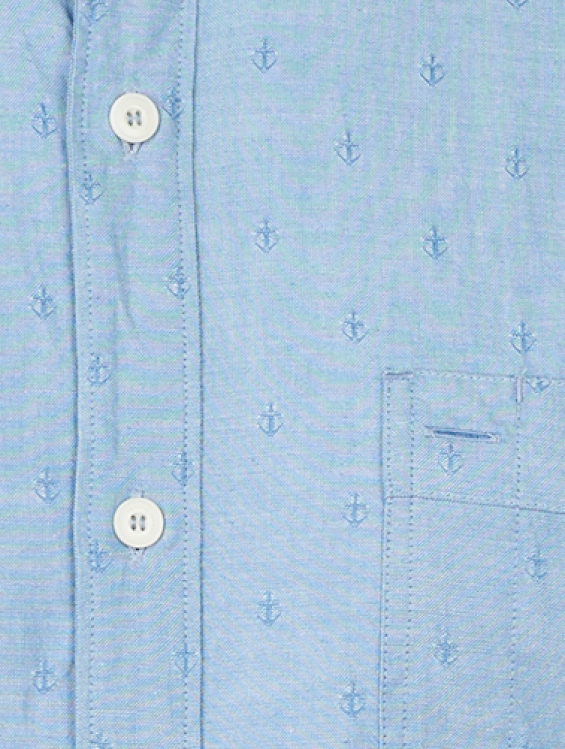 “We’ve included a couple of Chambray shirts in the SS18 collection. The first is our signature paisley using the jacquard technique and the other featuring an anchor motif jacquard to fit with the naval theme” - Pat Salter, Design Director

In the mid-1800s the French navy, based in Brittany, adopted shirts with three-quarter length sleeves adorned with 21 block stripes – supposedly to show Napoleon’s 21 victories at sea over the English.

They later became popular with Breton fishermen (hence the name), partly because the stripes stood out against the waves should one of them fall overboard while at sea.

By the 1960s they had become fashion staples of Beatniks, bikers and artists before evolving into the spring/summer classic we know today. 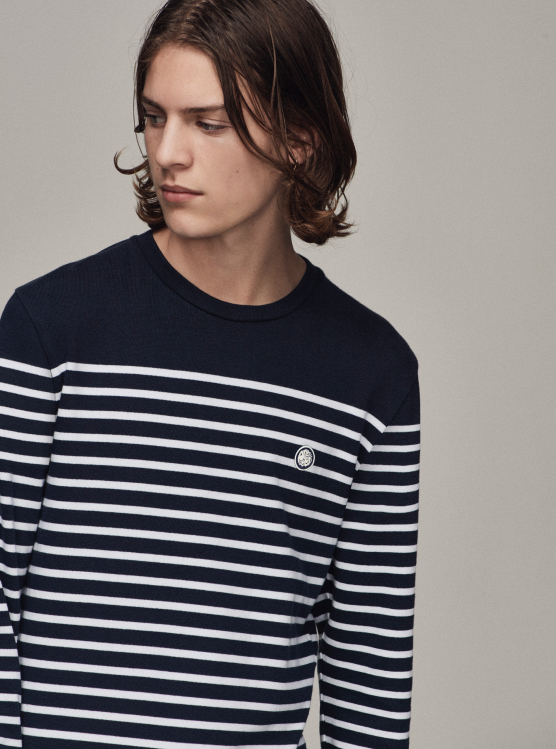 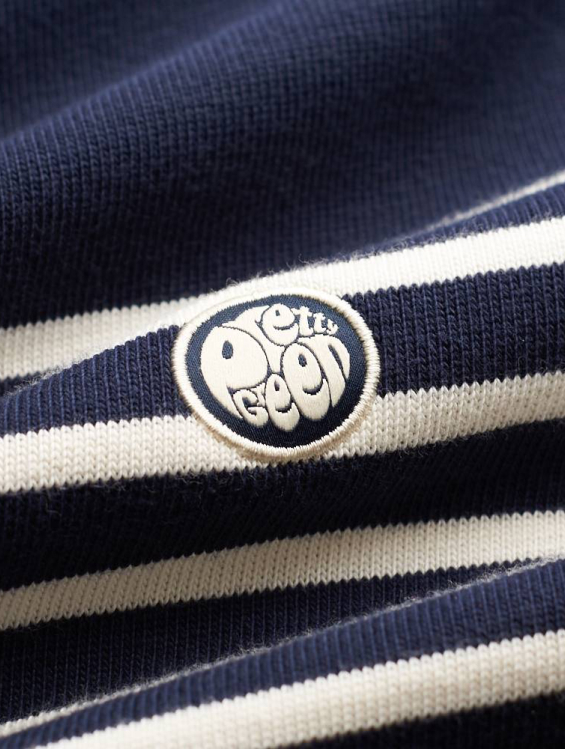 “The Breton stripe is synonomous with naval uniforms first introduced in 1858 and more recently with the rock and roll scene. We were inspired by the images of The Beatles photographed on the beach in Somerset in 1963” - Pat Salter, Design Director

Subtle, stylish and clean, the maritime inspired aesthetic is one rooted in intriguing history but, at its heart, retains a legacy of simplicity and practicality. 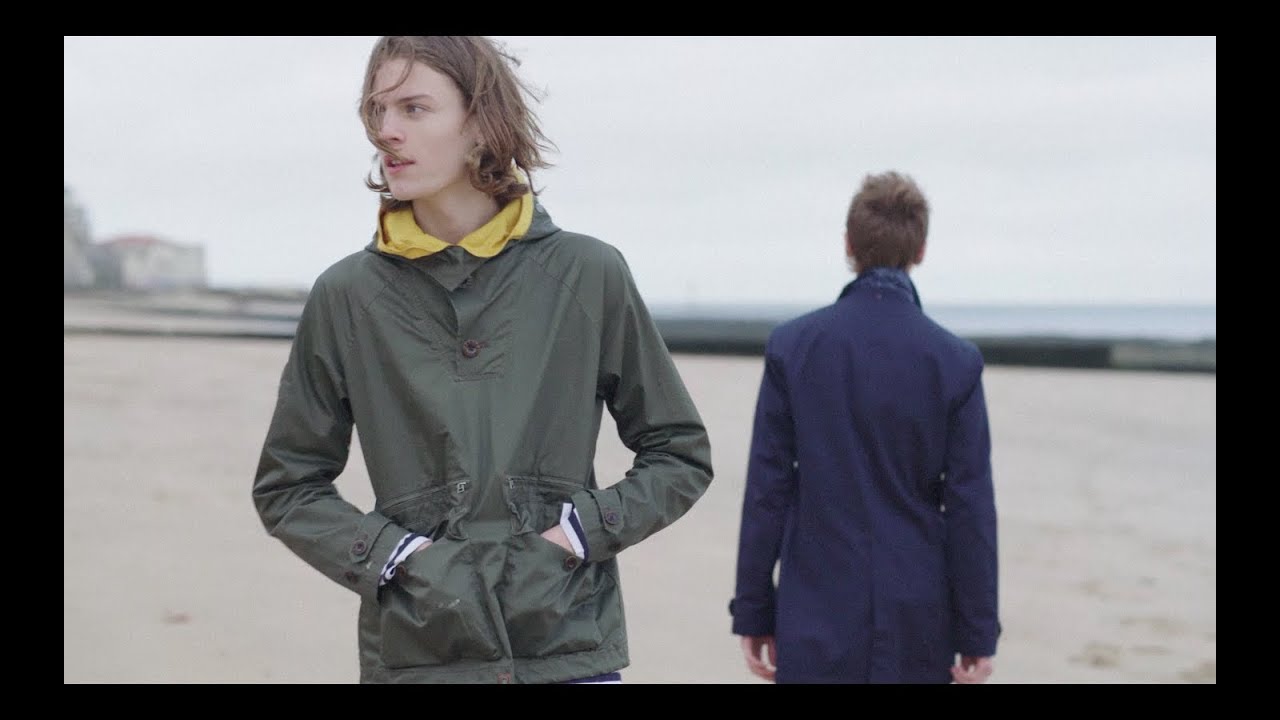