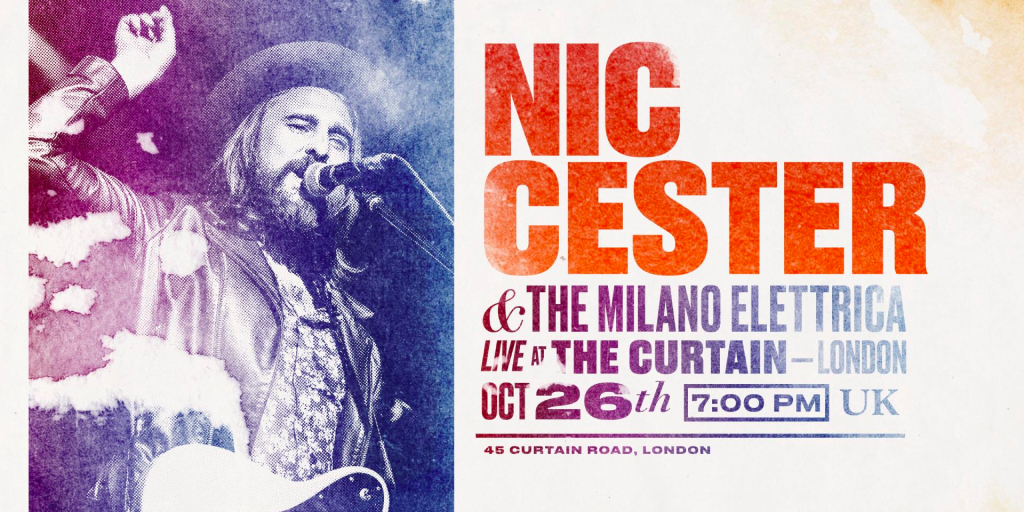 After selling 6 million records with the resurgent rock‘n’rollers Jet, Nic Cester released his debut album ‘Sugar Rush’ earlier this year. New track ‘Hard Times’ is a stripped back emotional song that showcases Cester’s raw vocal ability. Fans will get the chance to watch Nic Cester & The Milano Elettrica live at their exclusive London show at The Curtain, 26th October.

For a chance to catch this rare UK apprearance, head to this link to get tickets.

‘Sugar Rush’ is a confident step aside from anything the Australian singer-songwriter crafted with Jet. Produced by Jim Abbiss (Arctic Monkeys, Kasabian), the track was recorded during sessions at Officine Meccaniche in Milan and AIR Studios in London. Cester was backed by members of funk-fuelled soundtrack revivalists Calibro 35, who have been famously sampled by Dr. Dre and Snoop Dogg (‘One Shot One Kill’) and Jay-Z (‘Picasso Baby’).

Spanning psychedelia energy, Latin-tinged rhythms and slow-burning deep cuts, ‘Sugar Rush’ is an album that lives up to Nic’s self-declared mission statement. “The goal was to challenge myself to find a new way to express myself musically,” he adds. “I took myself way out of my comfort zone and took a lot of risks. The end result was well worth the journey. It’s definitely my best work to date.”