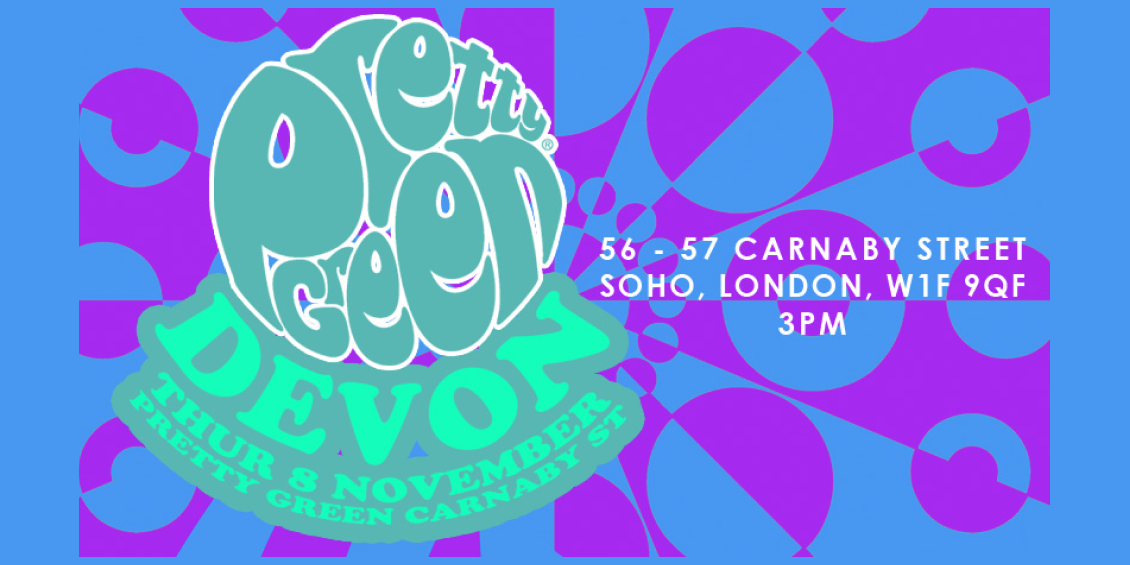 Devon will perform live at Pretty Green Carnaby Street, 5pm on Thursday 8th November. Join us in-store for a free bar run by Bosco Del Merlo prosecco and Slingsby Gin. There will also be a performance from Ben Taylor 'Magic Mod' and DJ set from Rob Owen anD Mike Smith from 'Hit The North'.

Devon is a 20 year old producer, singer songwriter and multi instrumentalist comes from the Forest of Dean, Gloucestershire. Playing music from the the age of 10 in numerous bands playing guitar he decided to start writing songs and making beats on his computer in his bedroom. His music is inspired by anything and everything from Micheal Jackson,Beck and The Neighbourhood. His debut single 'Weirdo' managed to get the attention of BBC introducing in the West and Radio 1’s Abbie Mccarthy who championed Devon’ music.


This event is free entry, we may have to operate a 'one-in, one-out' policy at the door.

Between 5-9pm there will be 20% off everything in our Carnaby Street store.