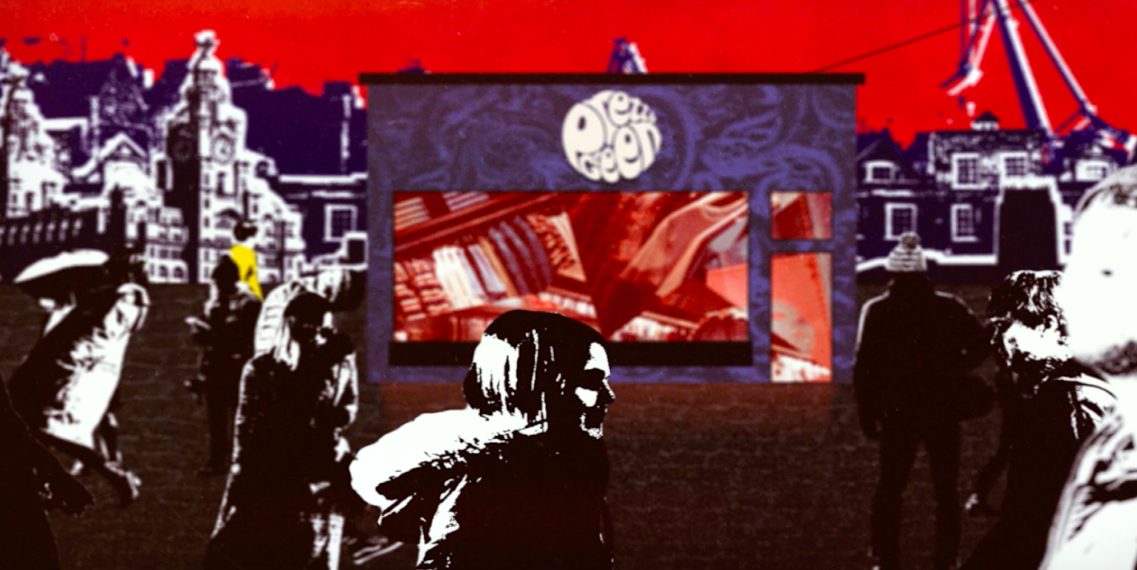 Incorporated into the animation were lots of hidden details and references back to The Beatles and Pretty Green. Here are 10 facts about the film you may not have realised:

1. The illustrator, animator and employees of Pretty Green all appear in the opening scene outside the Pretty Green store. 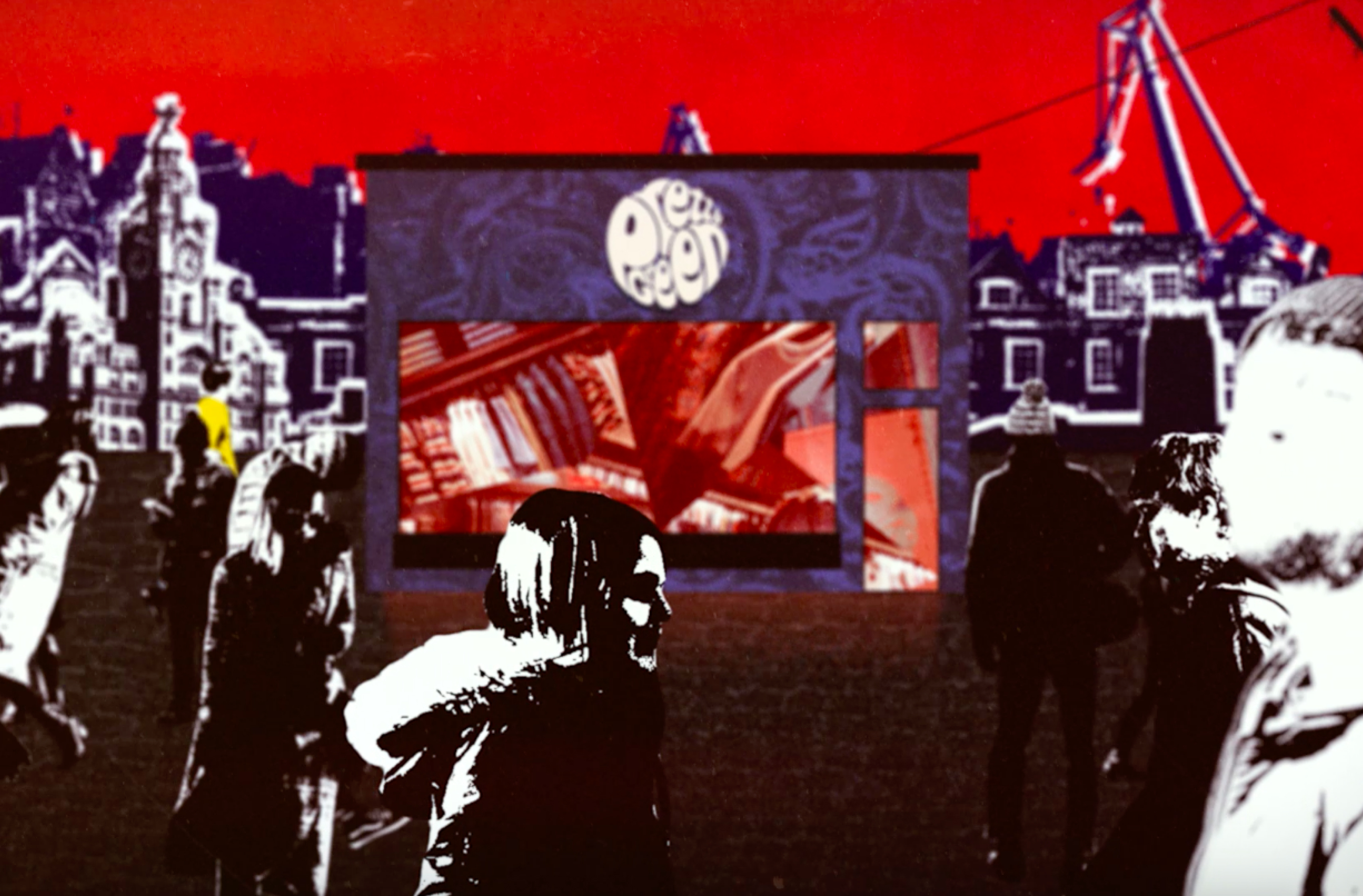 2. Some of the fish floating around appear in the original Yellow Submarine film. 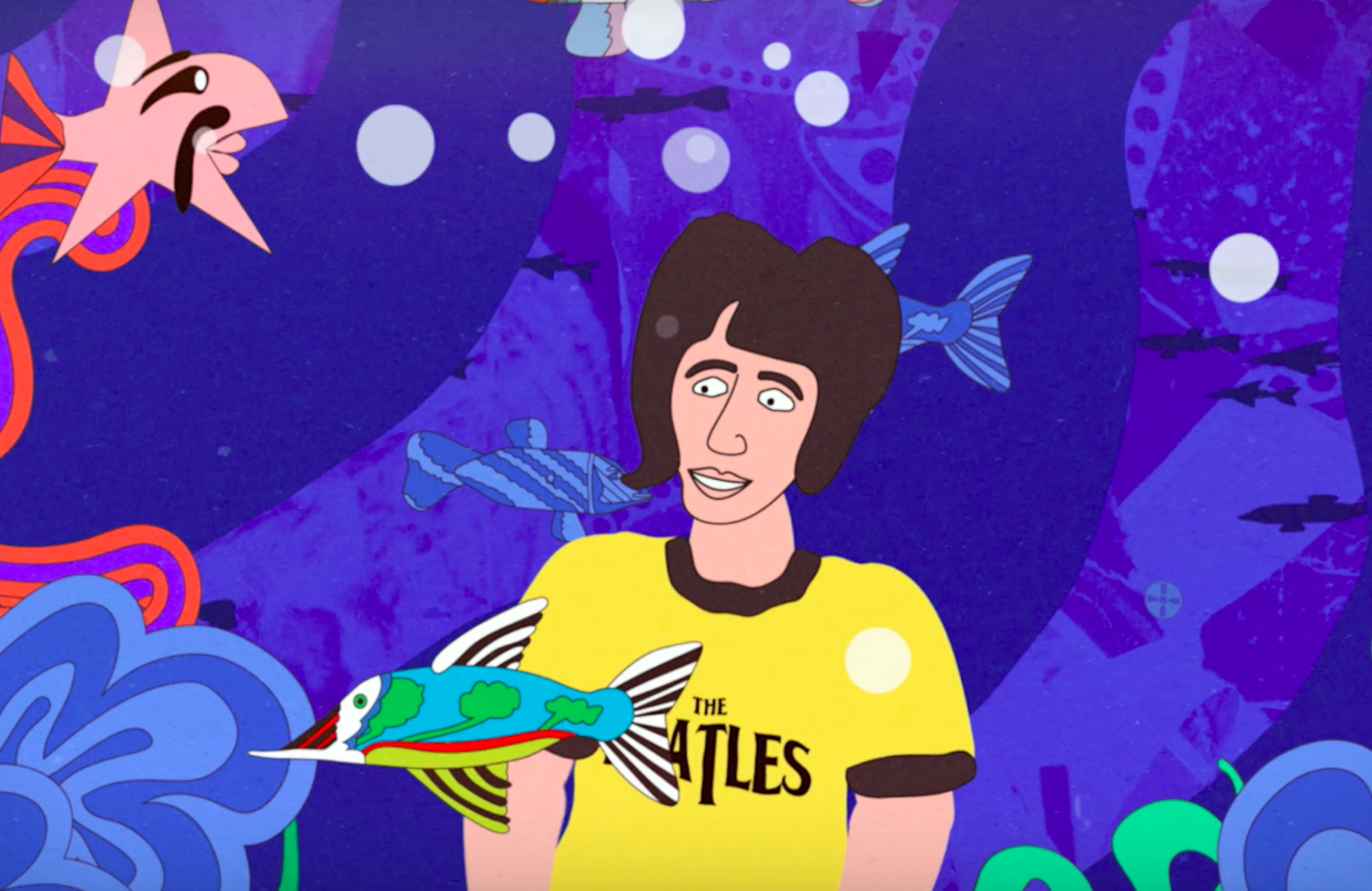 3. The mile wide smile in the background refers to the line ‘happiness is measured out in miles’ in Hey Bulldog - The Beatles. 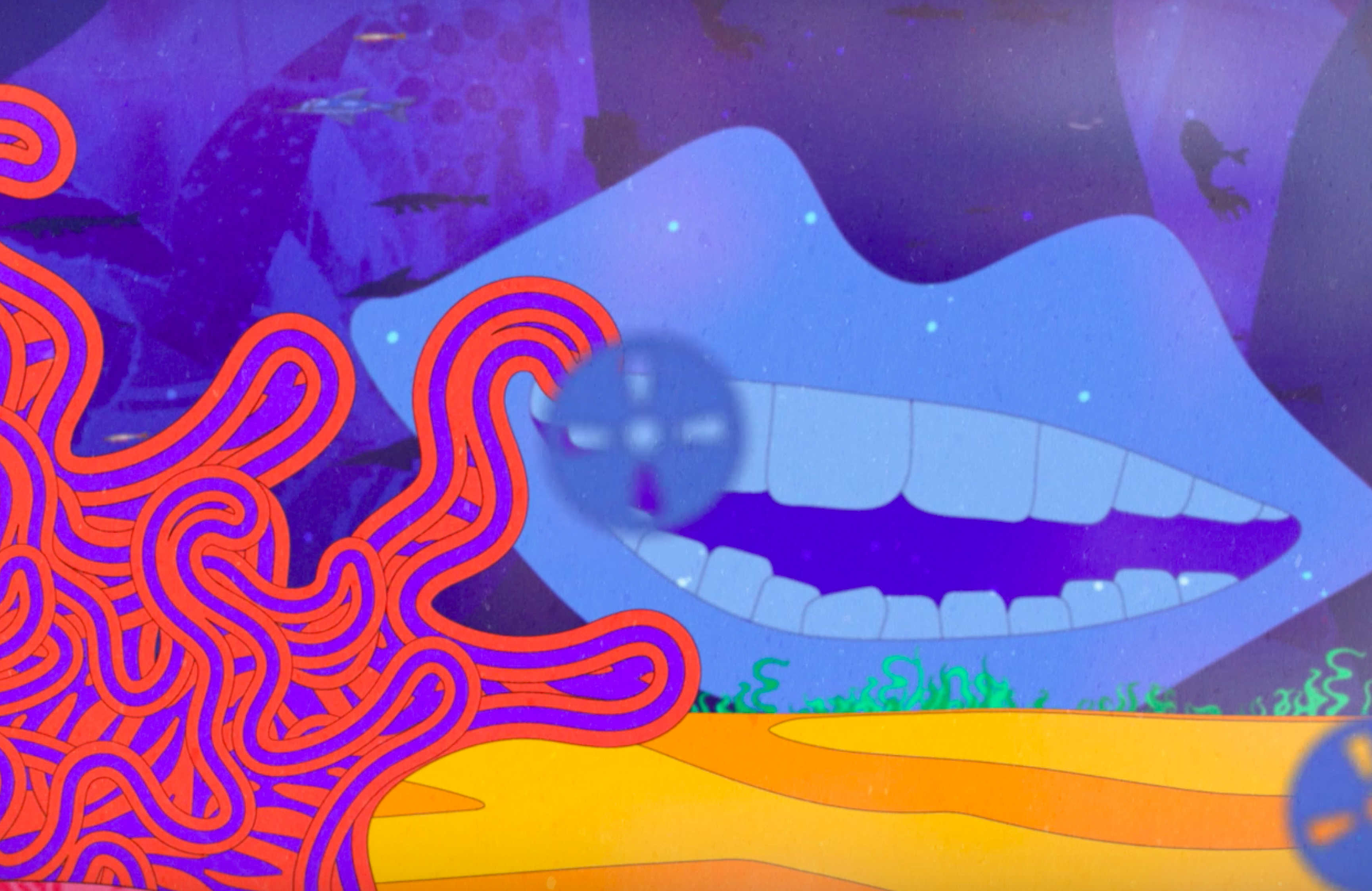 4. The cake on the floor is in reference to the line ‘All the world is birthday cake, so take a piece, but not too much’ a line by George Harrison in ‘It’s All Too Much’ - The Beatles. 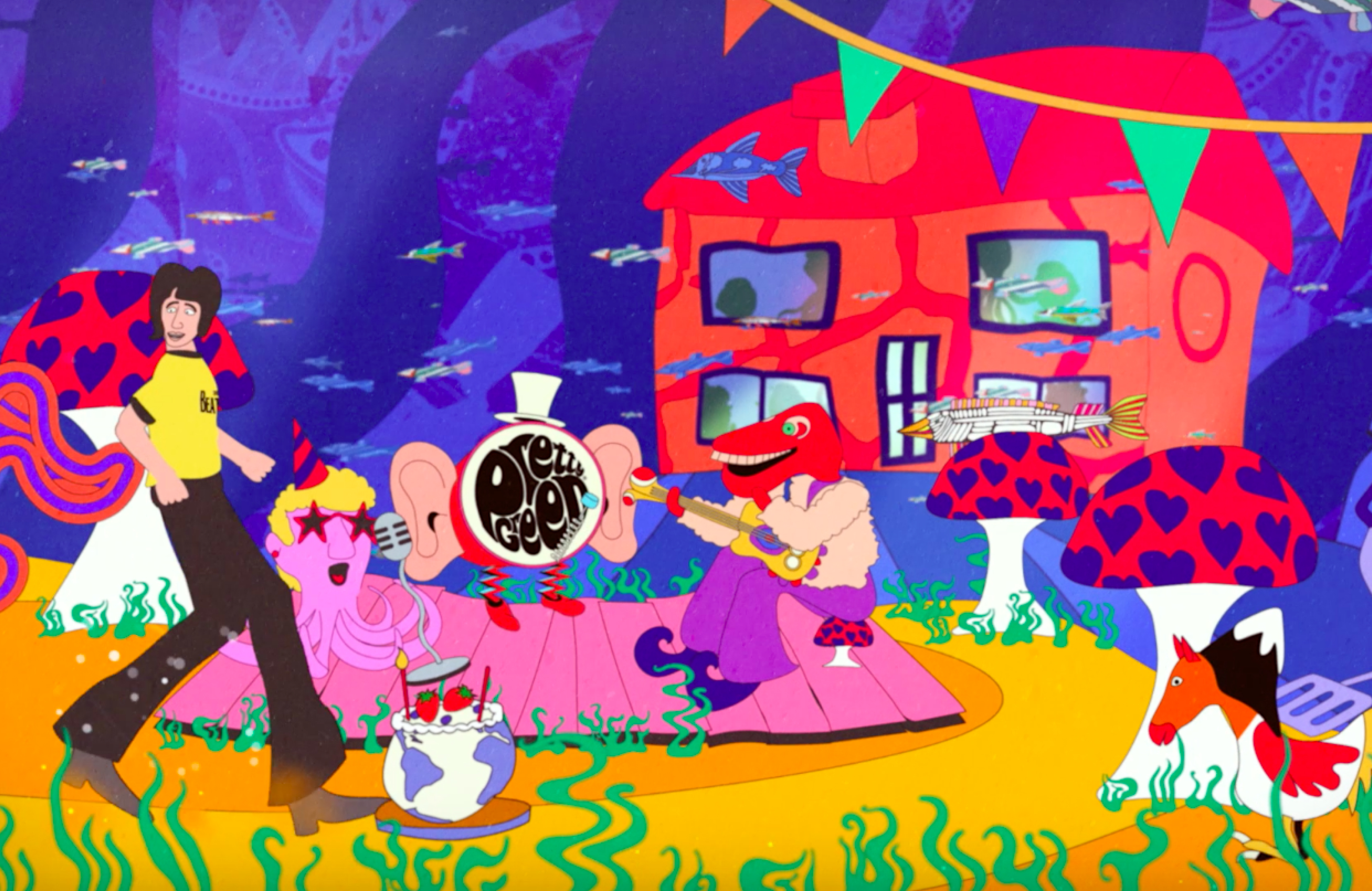 5. The shoes that the character is wearing, then turn into dessert boots, a play on the words desert boot. 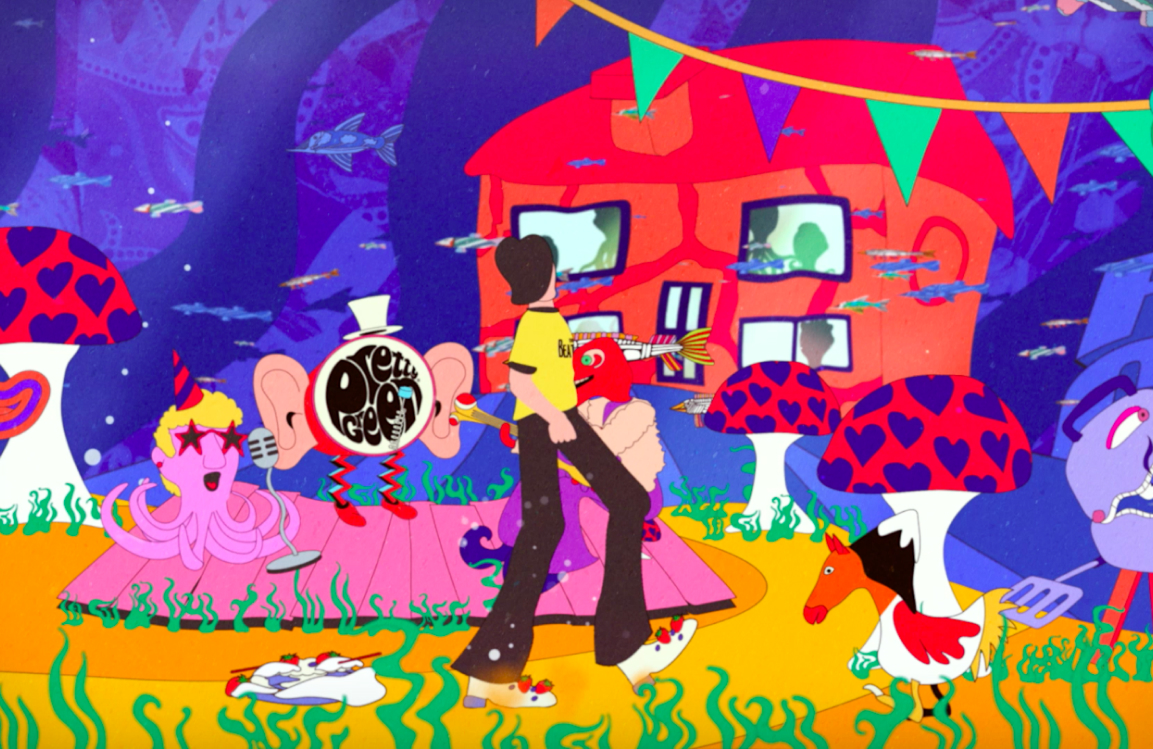 6. The birds in the film are inspired by Pretty Green clothes hangers and the clouds are in the shape of instruments. 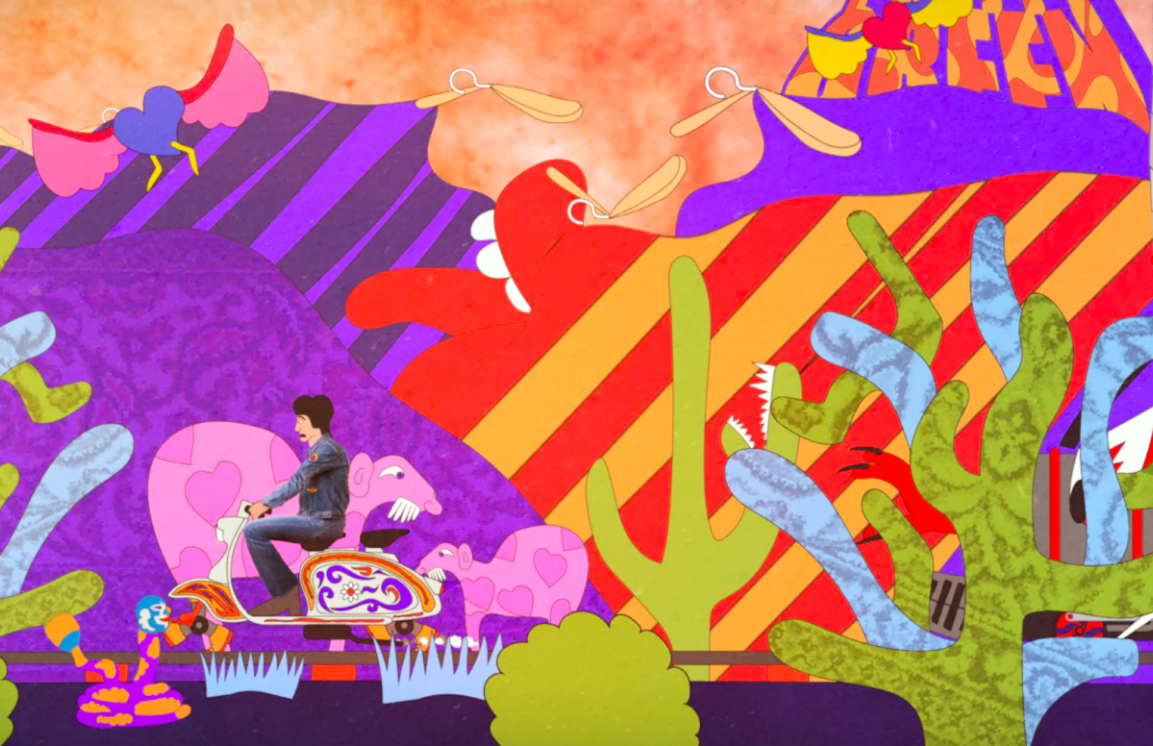 7. The carpet behind the jacket is found in our Pretty Green Carnaby Street store. 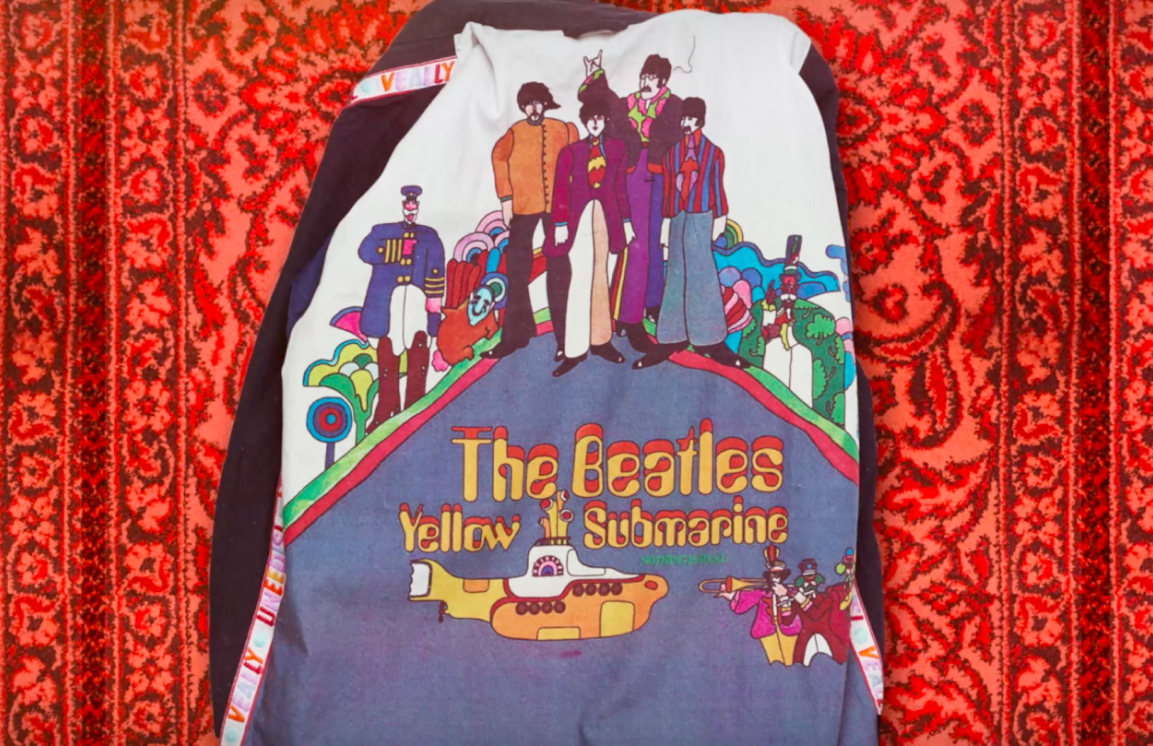 8. The lady floating around the All You Need Is Love t-shirt is Lucy In The Sky With Diamonds. 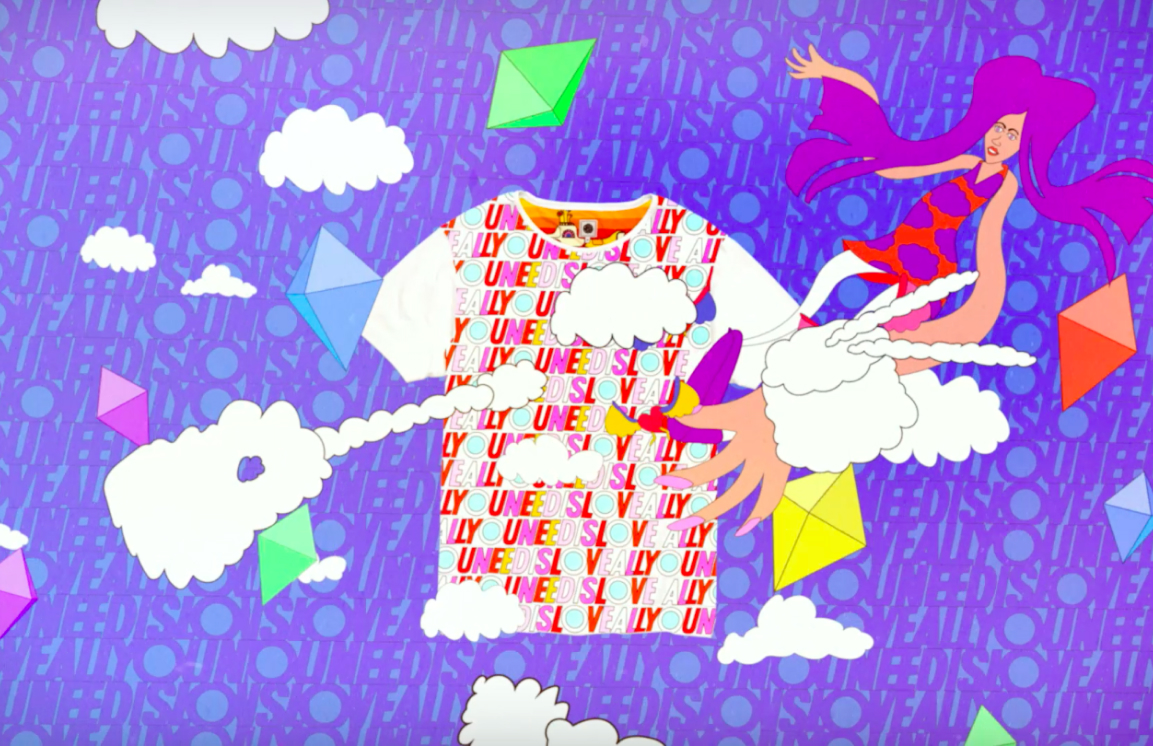 9. The garden that the character walks through belongs to an Octopus inspired by the song Octopus’s Garden. 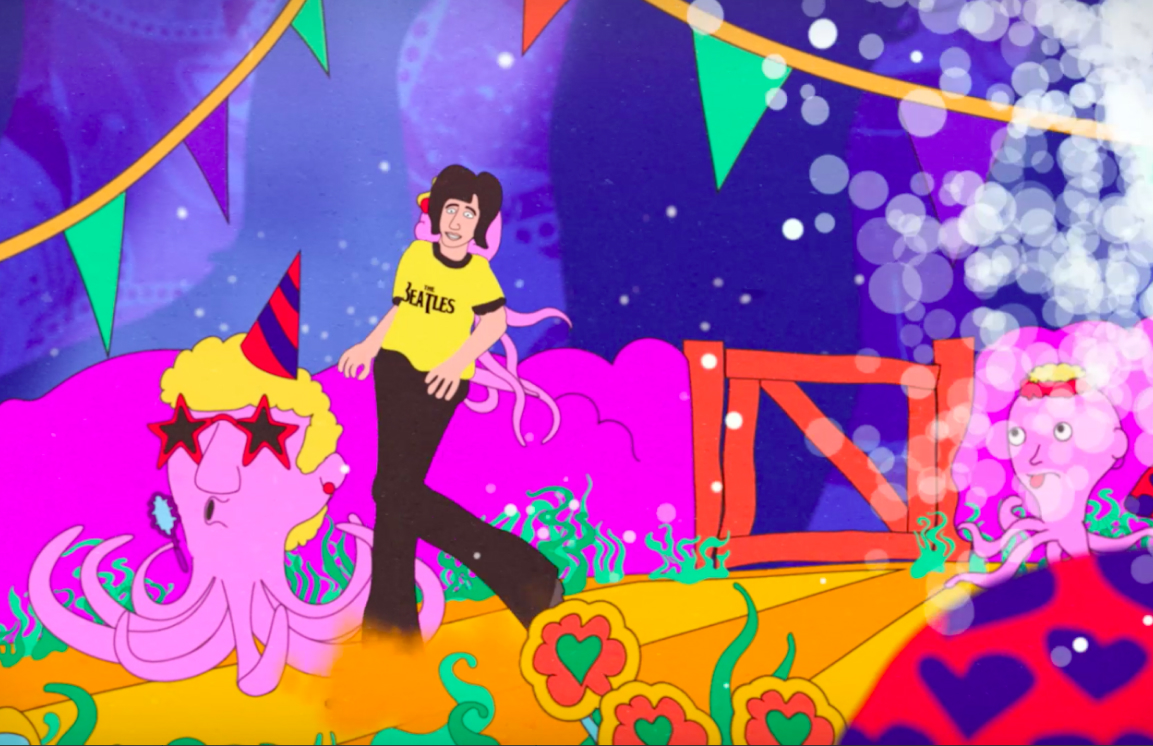 10. The Yellow Submarine appears in the water on the right of the screen as we approach the final store scene. 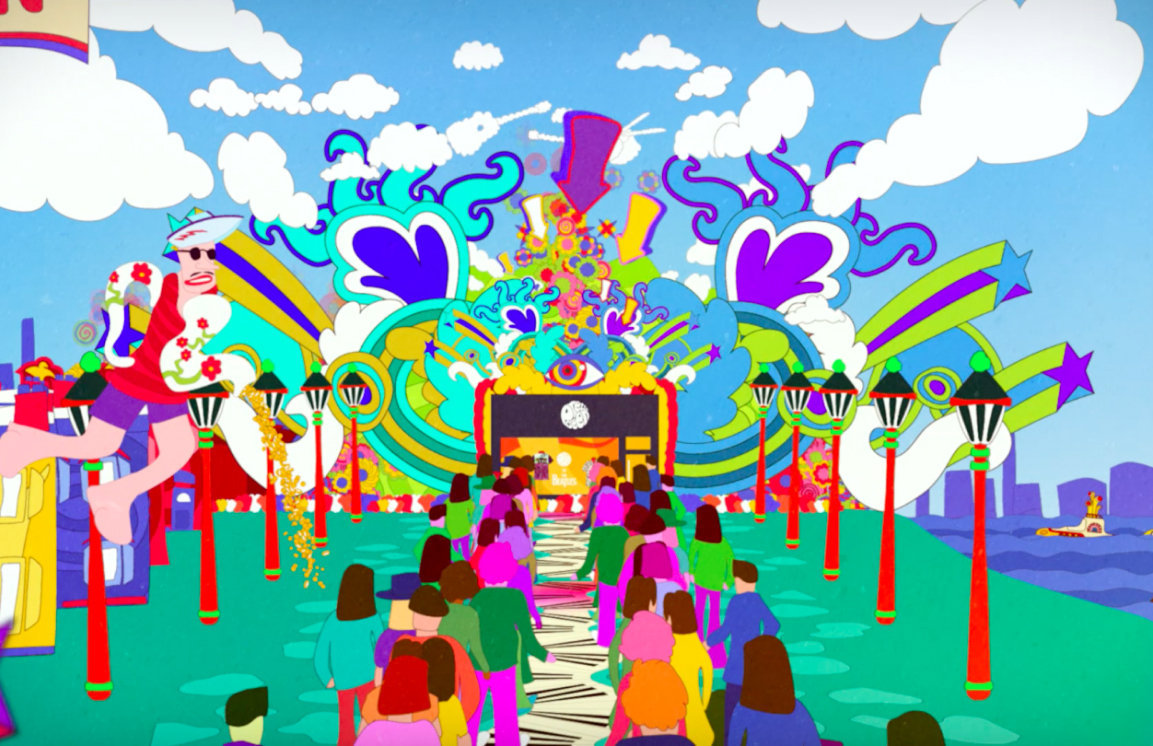