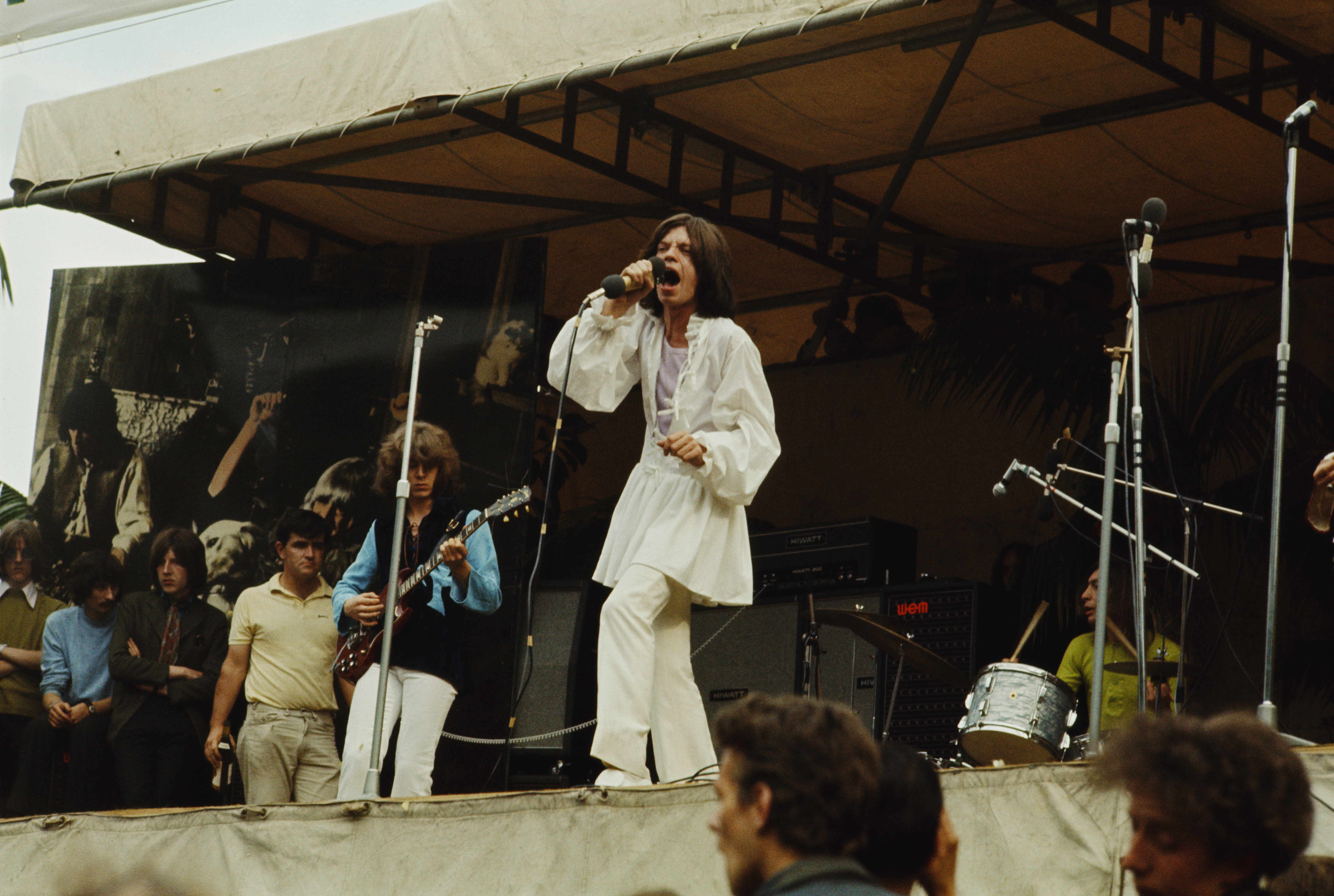 Here’s a rundown of some of our favourites from over the years.

Jagger stepped it up a level with his ruffled Michael Fish smock and trousers combination.

This would be the legend’s last ever UK show. Not many people could pull off a bright orange, skin-tight, psychedelic outfit with wings and flares. Hendrix made it look effortless.

The flares, baggy T-shirts, Reni’s bucket hat… the list goes on and on.

From Liam’s baggy Aran sweater through to his white field jacket this was a band at the height of their powers.

Some of the most recognisable images of the band come from this festival appearance - largely due to Roger Daltrey’s tasseled suede jacket and Pete Townshend’s white boiler suit.

Behind The Scenes: Festival Style Edit