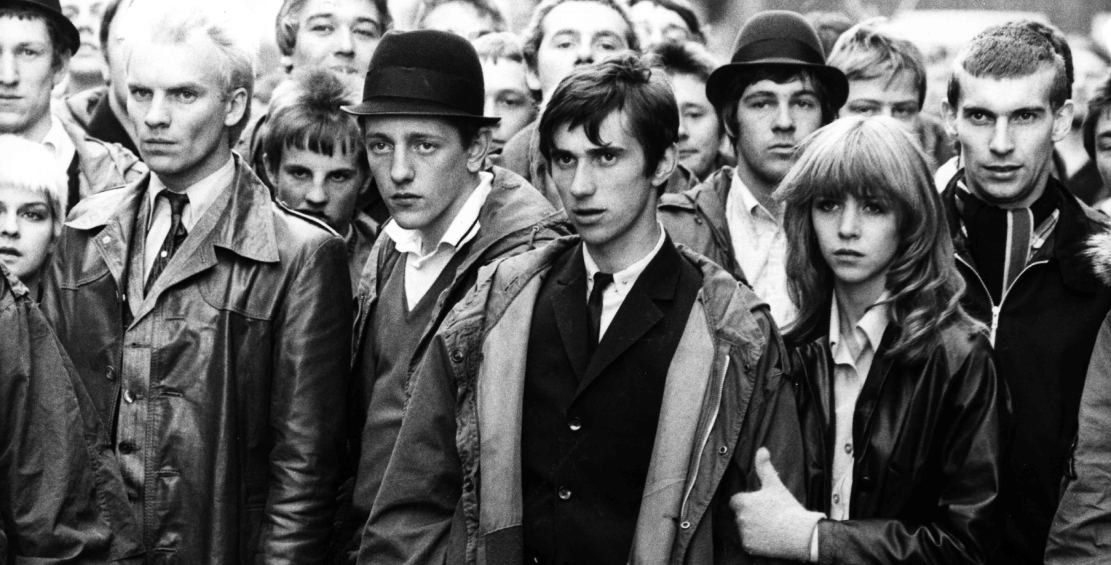 As the nights get colder and the days get shorter, chances are you’ll be spending a little more time at home in front of the telly. If you’re anything like us you’ll love your movies as much as your music, so what better way to while away these dark evenings than immersing yourself in some of the best music films ever made?

Here’s 12 must see music films to get you started.

24 Hour Party People looks at the beginning of Manchester’s pioneering indie scene from ‘76-’92 - specifically the rise of the legendary Factory Records label. The film follows the life of boss Tony Wilson through his work with Joy Division to the opening of the iconic Hacienda nightclub.

Shot in black and white and directed by Joy Division photographer Anton Corbijn, ‘Control’ tells the story of Joy Division’s rise through the local clubs to the edge of international success and a huge U.S tour when the band’s singer Ian Curtis commited suicide aged just 23.

This documentary charts Bob Dylan’s 1965 tour of England and is recognised as one of the greatest music documentaries of all time. A must-watch for any music fan.


THIS IS SPINAL TAP

Not just a funny music film but one of the most hilarious things you’re ever likely to see. Not only does it stand the test of time, it was released in 1984, but the performances are made all the more incredible considering most of it was improvised.

A bona fide cinematic classic, the soundtrack is also a diverse blend of rock ‘n’ roll, surf, pop and soul. From Dusty Springfield to Al Green through to Urge Overkill there’s a little bit of something for everybody here.


UPSIDE DOWN: THE CREATION RECORDS STORY

The definitive story of Britain’s most important record label and the man behind it, Alan McGee. If you want to know more about the birth of bands like Oasis, Primal Scream, My Bloody Valentine and many more, this is the one. Absolutely unmissable.

The 2005 biographical film of the Man In Black himself, Johnny Cash. If you’re curious about the legendary country star but don’t know where to begin, this is a good start. Features a stand out performance from Joaquin Phoenix in the lead role.

Tackling the fragile mindset of Beach Boys co-founder Brian Wilson, love & mercy is a totally unique take on the story of one of the world’s most loved musicians. Starring the likes of Paul Giamatti, John Cusack and Elizabeth Banks this film is both heartbreaking and astounding.

Possibly the Fab Four’s most-loved outing on the big screen, ‘A Hard Day’s Night’ influenced spy films, television shows and pop music videos for years after its release. Another one that is still as watchable today as it was upon its release in 1964.

Released in 1996 at the height of Britpop, this visceral and breathtaking film represents a significant moment in British culture. Although the soundtrack contained many artists of the time such as Pulp and Sleeper, the real stand out music moments belong to Lou Reed, Iggy Pop and Underworld.

A classic that tells the story of young Mod Jimmy’s struggles with violence, drugs, sexual longing and despair. And that’s just the beginning. The soundtrack is also possibly The Who’s finest ever sonic outing.

Directed by Mat Whitecross, the award winning documentary tells the story of Oasis in their own words. Kicking off in 1991 when Oasis first formed and ending with their huge gigs at Knebworth in 1996 the film features unseen rare clips, recordings and anecdotes documenting the rise of one of the greatest bands of all time.