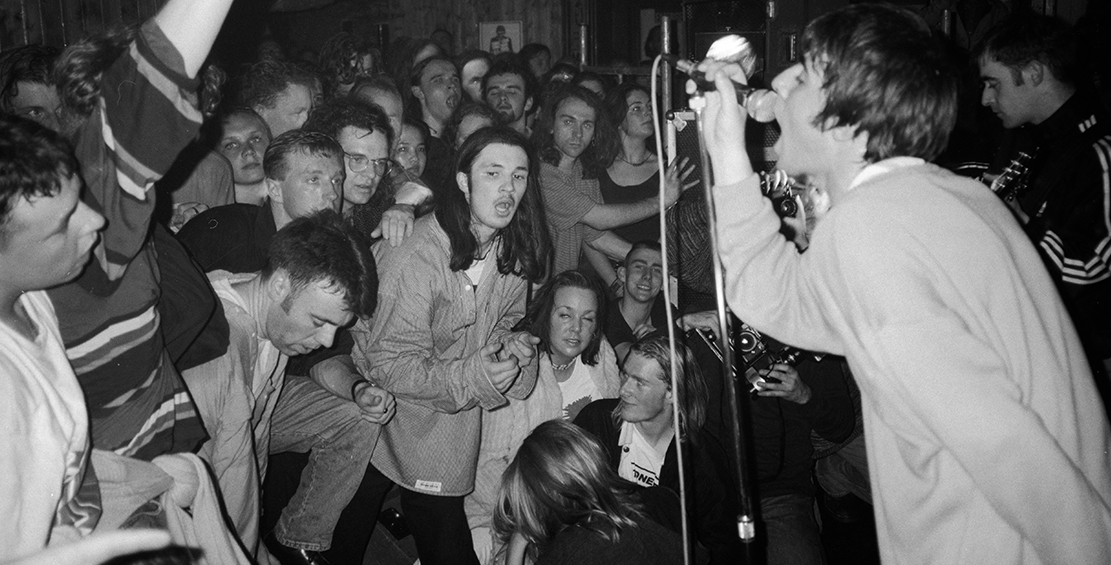 The 90s were a special time for music. This was the last decade without widespread access to the internet, which meant musical subcultures still existed and your favourite bands needed to be hunted out at record stores and live shows. To celebrate the period, we’ve taken a look at the five music documentaries that perfectly captured that blissful chaos.


When director Dave Markey set out to make this film on his handheld Super 8 camera, it was just supposed to be about Sonic Youth’s 1991 tour across Europe. But as Markey continued to document the live performances, backstage japes and whimsical rants of Sonic Youth and their tour buddies – Nirvana, Mudhoney, Dinosaur Jnr, and more – the film soon became a artifact of 90s music history; one that shows a bunch of young obscure punks completely unaware of the global fame and madness that lurks just around the corner. So said The Vaccines’ frontman Justin Young when speaking about the documentary to the New York Times, “It’s almost like watching the moment before a car crash.”

In 2019, it’s hard to imagine a director being granted the kind of warts and all access that Peter Longfellow was given while making his fly-on-the-wall documentary about Blur. Interspersed with live performances at Reading Festival and Glastonbury it follows the band throughout the early 90s on their rocky ascension to Britpop stardom, and even includes an interview with the legendary John Peel. With all four members now respectable and mild mannered gentleman in their 50s, it’s unfathomably nostalgic to see them as car crash 20 somethings getting staggeringly drunk, arguing, destroying equipment, and have something of an identity crisis. There is hope for us all.

Some documentaries become classics purely out of happenstance, thrilling moments filmed by the curious person at the exact right time. In the mid-90s, director Ondi Timoner found herself bearing witness to the evolution of two underground rock bands, The Dandy Warhols and The Brian Jonestown Massacre, as they embarked on their careers. What she captured was an intense and brutal tale about the music industry, in which one band become global stars playing stadium tours and being escorted in limousines, as the other slowly pulls itself to pieces through anger and self-sabotage. The entire documentary is perhaps best described by the words you hear from a Dandy Warhols member: “We’re a lucky band, they’re an unlucky band.”

Boy George might not strike you as the most obvious subculture historian, but when he teamed up with Channel Four in 2000 to produce The Chemical Generation, the result was a fascinating hour long special. The film dissects the effect of dance culture on British society, focusing on the rise of acid house and the explosion of 90s rave. It’s told through the eyes of those who were there, from the four working class DJs who first started the movement (Paul Oakenfold, Danny Rampling, Nicky Holloway and Johnny Walker) to the promoters, bouncers, drug dealers and clubbers that kept it going. In an era when British nightclubs are closing at an alarming rate, this frenetic and spiritual study reminds us why they are so important.

It might have come out in 2016, but this film is like a wormhole journey to 90s Britain; a time of hope and upheaval, football and rock ‘n’ roll, Cool Britannia, and, most importantly, the creative beginnings of the Gallagher brothers. The highs of the film are stratospheric – think Liam kicking giant footballs into 250,000 fans at Knebworth – but perhaps the most fascinating moments are the smaller ones: a previously unheard recording of “Sad Song” playing as the brothers argue in the studio. “Oasis was like a Ferrari,” says Liam, “great to look at, great to drive, and it’ll fucking spin out of control every now and again.” It’s pretty hard to argue with that sentiment once you’ve sat down with this turbulent and absorbing masterpiece.

Three Ways To Wear: The Parka

The Who Announce Wembley Stadium Show

10 Mind Blowing Books To Cross Off Your Bucket List