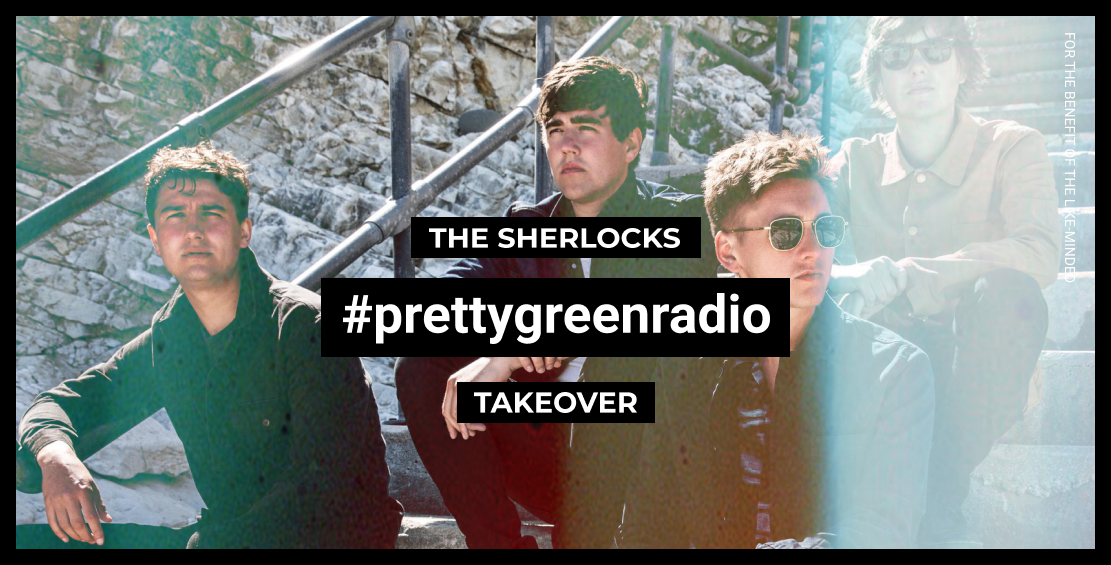 The new Pretty Green Radio is here. This months instalment has been curated by The Sherlocks.

The band’s second album ‘Under Your Sky’ with producer James Skelly.

The band have chosen some bangers for their playlist...

Read my Mind - The Killers

That song definitely influenced the drum beat to one of our songs... we liked how tight it was but simple and effective. We followed this kind of vibe!

That influenced the chord pattern to another song on the record. I liked the sound of the chords they used, so I followed a similar pattern. I’m a big fan of these kind of chord progressions, and I have got a soft spot for James.

Close To Me - The Cure

This song had a big influence on a song off the new record. It must have influenced me subconsciously and I only realised it had maybe influenced me when we actually came to record it in the studio. I love the tempo of this track and the space so that was what I used from it.

Do You Realise - The Flaming Lips

This song will have influenced me without meaning to. It’s one of my favourite songs and I will have definitely listened to it at some point over the period of all the new songs being wrote. I like how sad this song is, and a lot of my songs start out like that but I just cheer them up with the music.

Love this tune, it influenced a song on the new record massively. The main influence being the mood of the song, I get a magical feeling when I listen to this song. It takes me somewhere else and I think it important for some songs to do. They should transport you somewhere else or at least create imagery in your mind.

The band will play an excluisve acoustic in store performance at Pretty Green on 6th December. Apply for tickets here

The Blinders on rock n roll for a brave new world