The Blinders on rock n roll for a brave new world 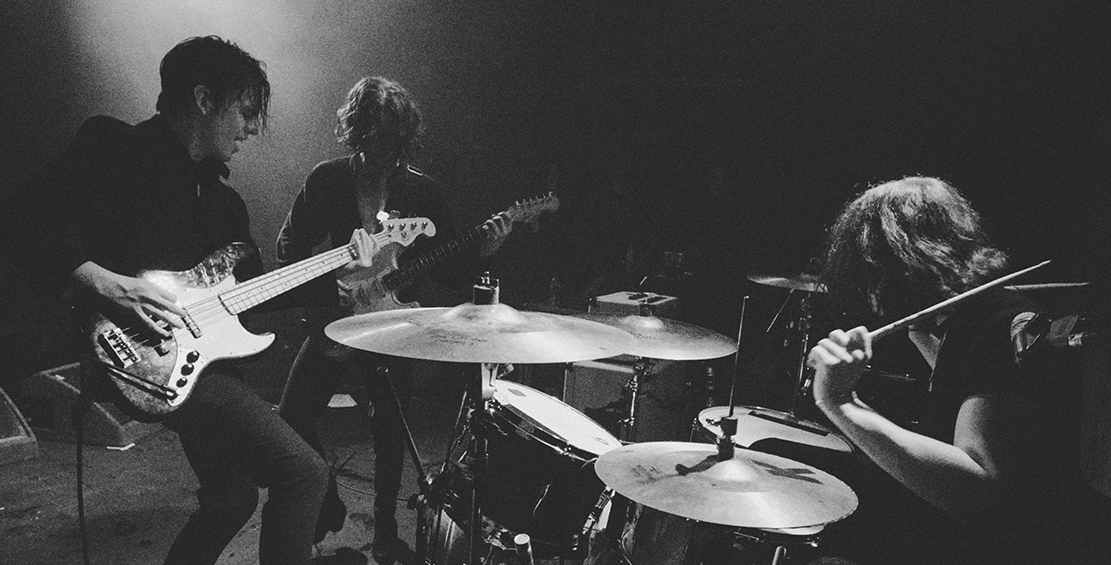 Over the last three years, the Yorkshire born band The Blinders have spread their psychedelia-flavoured punk rock into every corner of Britain. For a while they were famed mostly for their live shows, cutting their teeth in the basements and venues of the North and delivering the kind of frenetic gigs where sweat drips from the ceiling and you leave feeling satisfactorily deafened. But since the 2018 release of their politically charged debut album, Columbia, they’ve cemented their reputation as urgent and gifted songwriters.

Have a listen to “Brutus” if you don’t believe us, a song they often use to end their live shows with. The seven minute epic, packed with marching drums and thundering riffs, is a commentary on the atmosphere of division that rules the world, that references everything from George Orwell to the Berlin Wall to the assassination of Julius Caesar. “It’s probably my favourite song we’ve written,” explains Charlie (bassist). “It’s really the centrepiece of the album, and encapsulates what we were trying to achieve. Also, it was a bastard to crack.” 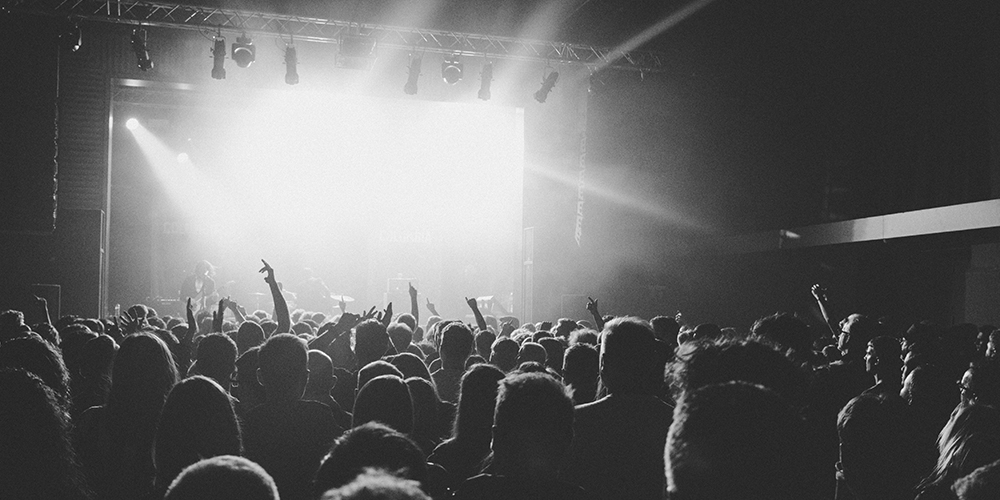 The band members – Thomas (guitar and vocals), Charlie (bass) and Matthew (drums) – were born and raised in Doncaster, South Yorkshire. They got together in school, united by a love for albums like Humbug by the Arctic Monkeys. “We had great childhoods in Doncaster,” says Charlie “but it’s a bit of a strange one the older you get. As a former mining town it has faced years of lack of funding and lack of care. By the time people get to the age of eighteen many are looking to move away.”

In those early days, with limited access to or cash for studios, they simply wrote songs to play live. Upon moving to Manchester, they became a solid fixture of the gig scene, and a steady fanbase began to build around them. “In Manchester, people are spending their weekends and their nights searching for new music, so it’s a great place to be a band purely in that sense,” says Charlie. “It screams with influence too. It’s hard to walk down the street and not find something that influences or inspires you to write.” 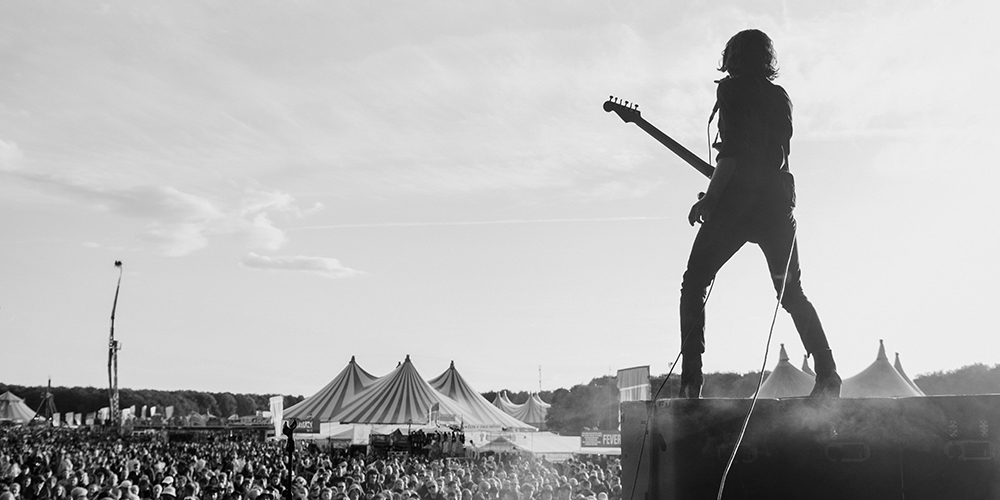 They wrote and recorded Columbia in Wolverhampton with Gavin Monaghan (Editors, Robert Plant, The Twang). On release, Clash Magazine described it as “infectious, with bombastic drum beats, western twangs and jangly yet searing guitar riffs getting you ready to dance, mosh or start a revolution.” What did the band want to achieve with this bold statement? “We never really asked ourselves this question…” says Charlie. “I guess we wanted it to be current, referencing what was going on in the world around us but also be quite ambiguous or metaphorical with the idea being that it wouldn’t be lost with the progression of time.”

Now, they are working on the next album, which they promise will have an ever-changing sound, but one that will connect with their current fanbase. Guitar music, they feel, is in a healthy place right now, with more and more bands willing to push boundaries. “It seems there are a lot of bands at the moment moving past a generic guitar sound and experimenting or developing things in a more electronic sense,” says Charlie. “Working Men’s Club are a good example of this and our friends in Afghan Sand Gang. We’re big fans.” 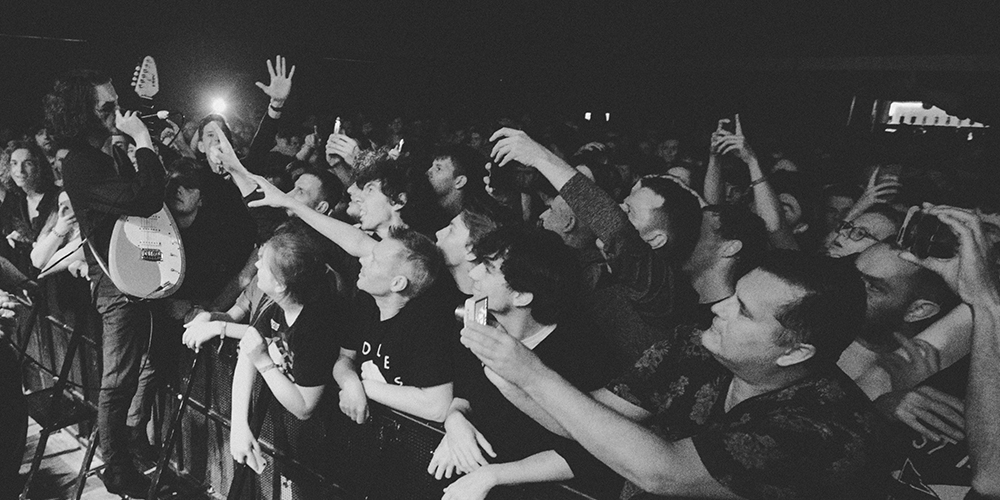 As the world becomes increasingly divided over political allegiances and moral views, the weight upon rock bands to acknowledge this has become even greater. Some prefer to stay quiet on such matters, but The Blinders have always made their views loud and clear. “For us, it’s not necessarily being political or overtly political but rather being relevant,” says Charlie. “It feels like the great pieces of art are all a direct response to what is around the artist. They are therefore defined by the world they were created in, but seemingly transcend that world. For us being political comes quite natural. Music and writing is essentially our way of interacting and responding to what we see.”

You can catch The Blinders live at their upcoming charity gig in London, for the Nick Alexander Memorial Trust. Find tickets here: https://theblindersofficial.com/live