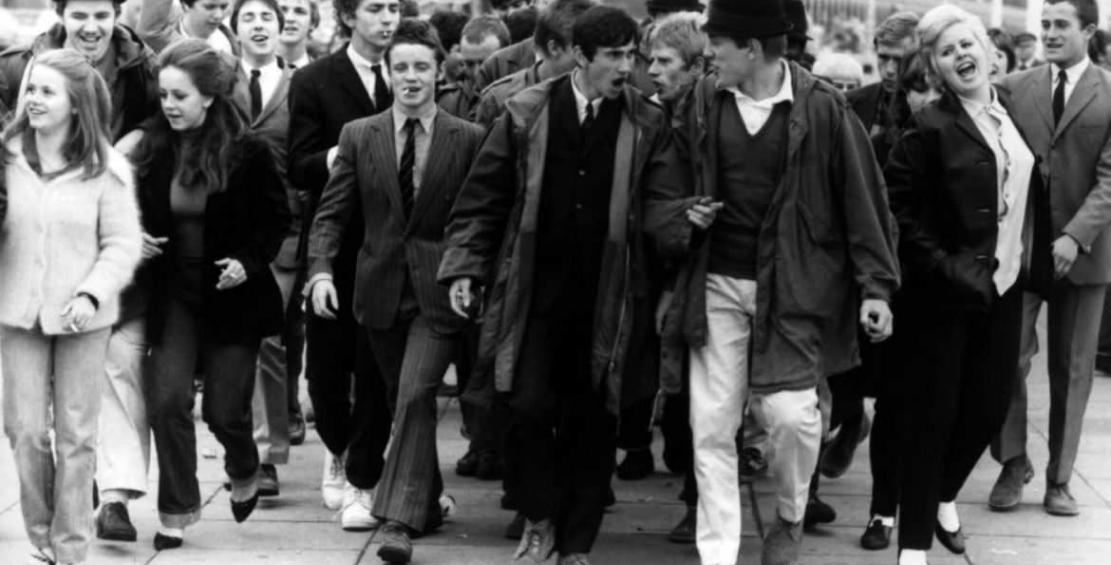 The white cliffs of Beachy Head in East Sussex have been visited by more than their fair share of lost and wayward souls, but perhaps none as iconic as Jimmy Cooper, the angst-ridden mod played by Phil Daniels in the classic rock opera Quadrophenia. The final images of the disillusioned teenager tearing along the cliff’s edge on his scooter secured the film’s place in British cultural history. Now, as it reaches its 40th birthday, its central conflicts have never seemed more current.

The story behind the film starts with The Who, who released an album of the same name in 1973. The record was a “rock opera” – much like the band’s previous effort Tommy – that told the story of a scrappy teen still living under his parents roof, who found release at night, chasing girls and popping pills. A movie adaptation was soon planned, headed up by first-time feature director Franc Roddam who set about building a young cast to play his wild gang of mods. The film very nearly starred Johnny Rotten, who screen-tested for the lead role, but eventually the the part of Jimmy went to up-and-comer Phil Daniels. He was joined by a host of now-famous names in early roles: Ray Winstone, Leslie Ash, Toyah Wilcox and, yes, Sting. 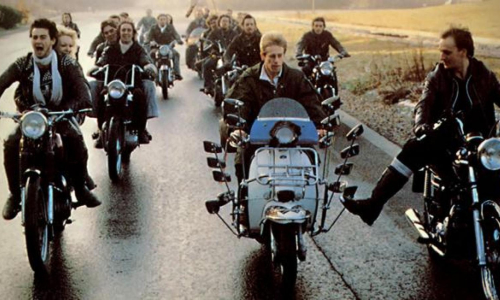 For Jimmy and his gang of mods, Brighton is the promised land. It’s where they go for a weekend of boozing and dancing, green parkas slung over their sharpest three-button suits, spoiling for a fight with their rivals: the rockers. This rivalry was based in truth. In 1964 there were a series of clashes between the two subcultures, where grease-slicked rockers in leather jackets took on scrappy mods in parkas in seaside towns such as Margate, Bournemouth, Brighton and Clacton. As in the film, beaches were overrun by rival gangs with a taste for violence, clashing both with each-other and the overwhelmed police officers on the scene.

History books have since re-evaluated the scale of the conflict, with many academics reckoning the rivalry was as much the product of newspaper fearmongering as it was real life. But what there is no disputing is how much the culture war meant to both sides. Quadrophenia is, above all, a film about identity. Who are you? And who are you going to be? 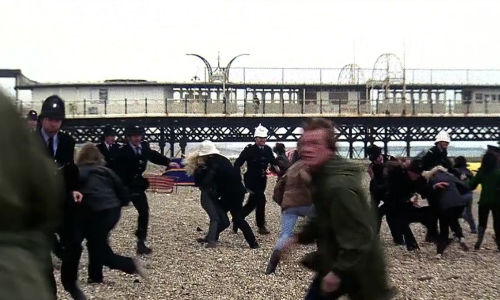 The mid-1960s were a time of growing pains for Britain’s newly emerged teenage class, and all their struggles exist in Jimmy. “I mean, you gotta be somebody, ain't ya,” he tells his friend Kev early in the film. Quadrophenia remains a classic for many reasons – the looks, the music, the locations – but perhaps it’s that capturing of teenage longing that explains why it still sings after all these years.