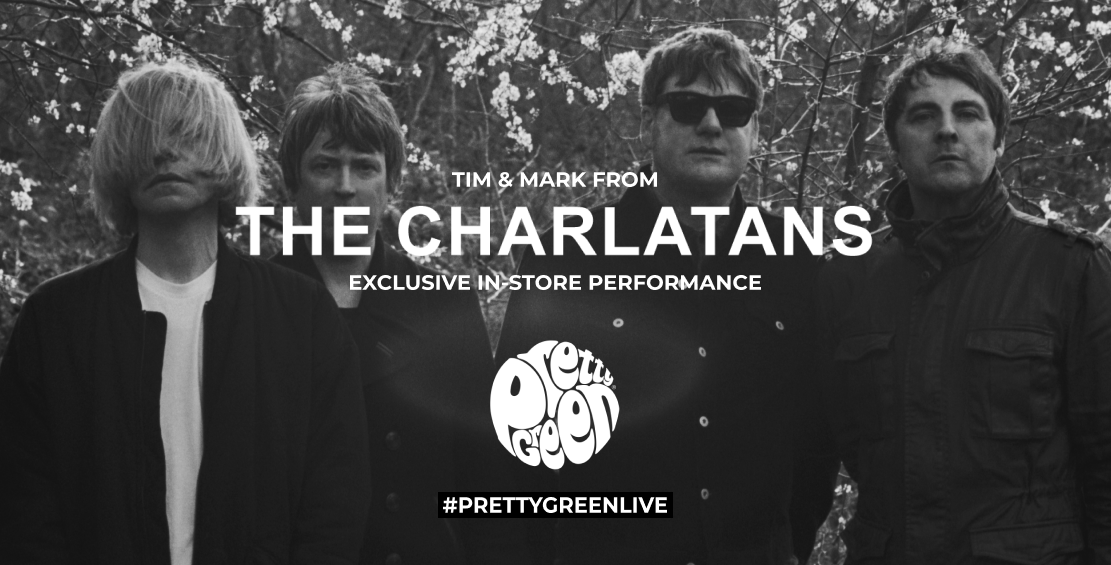 The Charlatans, the great British journeyman band of the '90s and 2000s, with their early singles including “The Only One I Know”, took rock, soul and blues and carved out their own particular niche in the Madchester musical landscape. Their thirteen studio albums have charted in the top 40 of the UK Albums Chart, three of them being number ones. They have also had twenty-two top 40 singles and four top 10 entries in the UK Singles Chart.

Pretty Green are giving you the chance to win a pair of tickets to an exclusive live acoustic from Tim & Mark at Pretty Green Manchester store with DJ and host Clint Boon. For a chance to win register your email below before Wednesday the 5th of June: