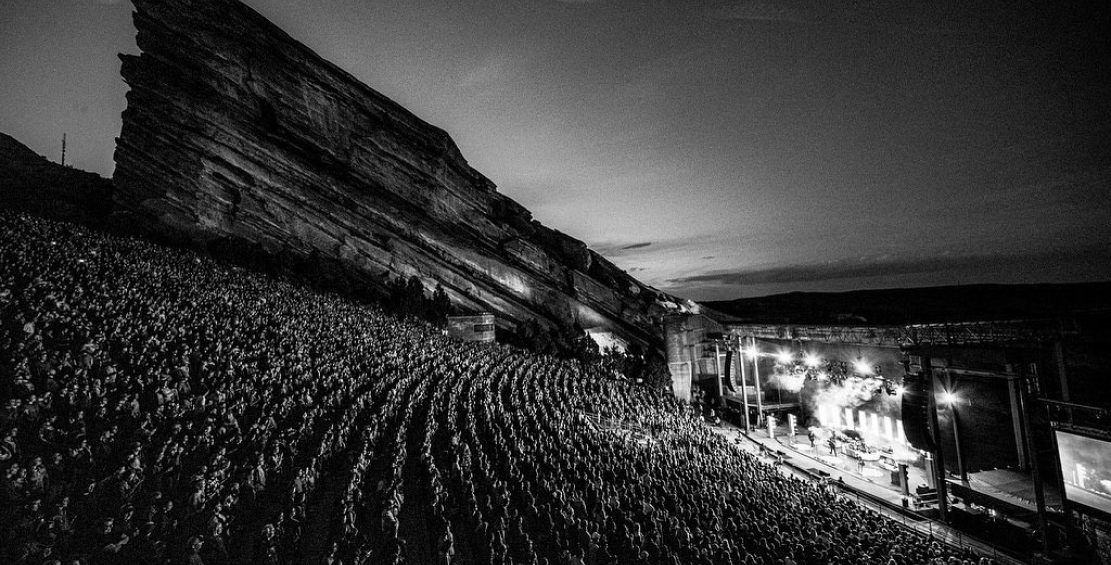 It seems like whenever we read about music venues in 2019, it is a story about their imminent closure. These stories are sad and valid, and the struggle that independent venues face is very real. However, there are also glimmers of beaming hope within the live industry too. Around the world, there are legendary and iconic venues that continue to put on mind-blowing gigs in unbelievable settings. Here are ten you need to add to your bucket list. 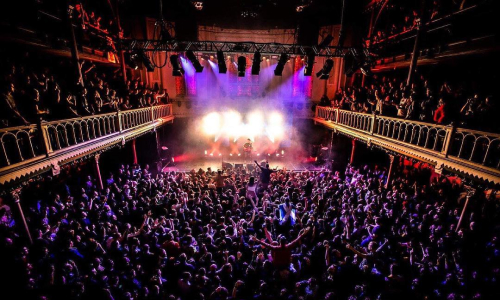 Back in 1967, a group of hippies squatted in a former 19th century church building and declared it a free space for art and expression. The police threw them out, but a tone was set. A year later, Paradiso was opened officially as a publicly subsidized youth entertainment center. Ever since, it has been known as a beating heart of music culture, both local and international, hosting everyone from The Rolling Stones to David Bowie to Amy Winehouse. 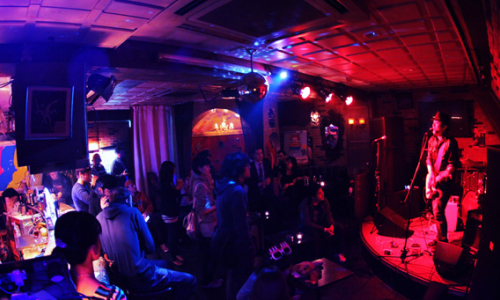 For decades, the hot music venue in Tokyo was the ramshackle and legendary Liquidroom. But after it moved location and cleaned up its act, the gritty spirit of Tokyo’s indie music scene was taken up by Ruby Room. Now in its 14th year, this tiny little box of a venue has better sound quality than most stadiums, hosts an eccentric open mic evening, and boasts impromptu gigs from The Flaming Lips, Belle & Sebastian and Basement Jaxx. 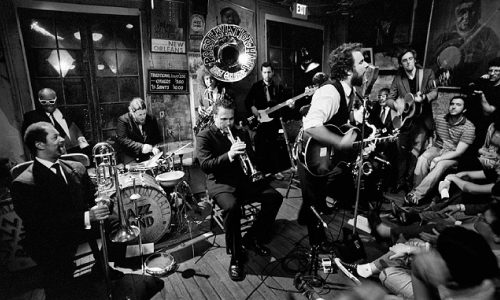 Let’s face it, any venue in New Orleans is a good venue. This city bleeds music. But if you want to sample a true slice of jazz history then head to the French Quarter for Preservation Hall. This venue didn’t just host jazz legends, it helped create some too, giving house band fame to pioneers like Sweet Emma Barrett and Kid Thomas Valentine. The venue was so renowned that artists (like the realist painter Noel Rockmore) even came to paint the musicians as they performed. 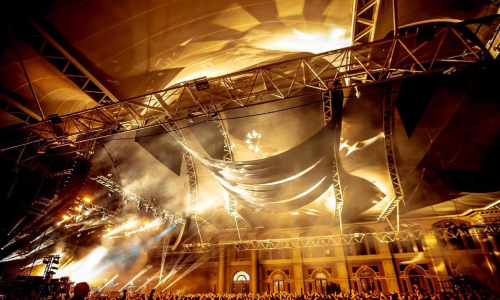 Ally Pally, as it’s affectionately known, has been through more than you can imagine. In World War One it was used as a refugee camp, in World War Two it was bombed, and in the 80s half of it burned down. Yet it simply refuses to die: the 10,000 capacity great hall remains a vital cornerstone of live music in the UK. In the 90s, it was famously where Blur launched their Parklife album with a live show, and has since held shows with Bjork, The Last Shadow Puppets and even Slipknot. 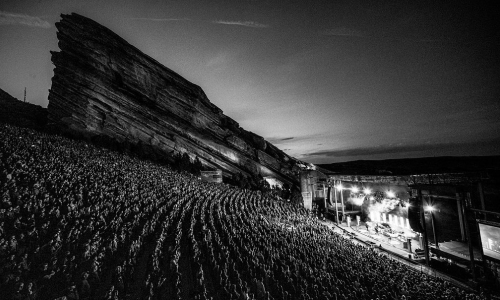 Under the endless blue skies of Colorado’s desert plains sits Red Rocks Amphitheatre, an unfathomably picturesque performance space nestled between two red sandstone monoliths. In 1978, The Grateful Dead descended on this stage at the height of their powers to deliver what is still regarded as their greatest ever live show: a non-stop swirling explosion of classics, improvisation, and even a few Dylan covers. 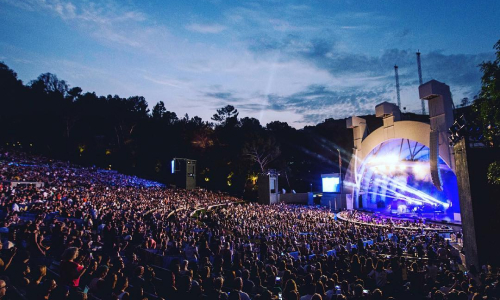 One of the oldest venues on this list, the Hollywood Bowl has been opening its doors to music lovers since 1922. There aren’t many music venues still operating today that can say they’ve staged shows by The Beatles, Billie Holiday and even Stravinsky. These days, the open air amphitheatre has a forward-thinking program of megastars, like Kanye West, LCD Soundsystem and Vampire Weekend. 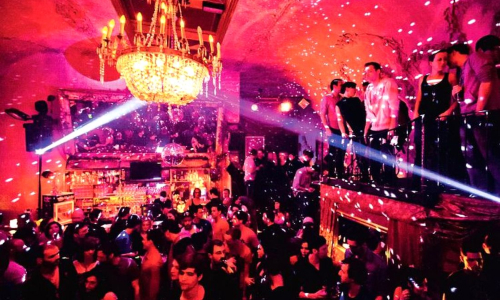 Thanks to its past as a former cinema, this iconic music venue in the St Pauli quarter of Hamburg boasts some unexpected decor: cherubs, chandeliers and stucco flourishes. Quite the setting; which explains why so many huge stars have chosen to play there over the years. David Bowie came here with Tin Machine, as did Iggy Pop, Red Hot Chili Peppers and Public Enemy. 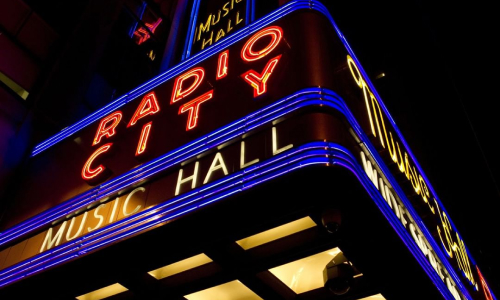 The giant vertical neon signs outside Radio City make you feel like you’ve walked onto a movie set, and the inside doesn’t disappoint. The art deco auditorium is a natural home for NYC showbusiness and a breathtaking place to watch live music. Its most notable shows took place in the 80s when the charismatic pianist Liberace played 14 shows in a row to a combined audience of 82,000. 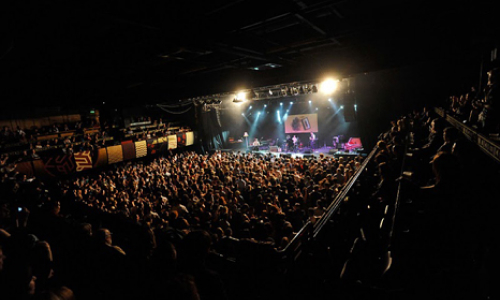 This might be the most famous live music venue in Ireland, but it isn’t the biggest. At 1500 capacity, Vicar Street is intimate, especially for the calibre of stars it invites. In 2000, Bob Dylan played a very special show to a small audience, switching between acoustic and electric performances like a true master, before treating them to an encore that included “Like a Rolling Stone” and “Blowin’ in the Wind”. 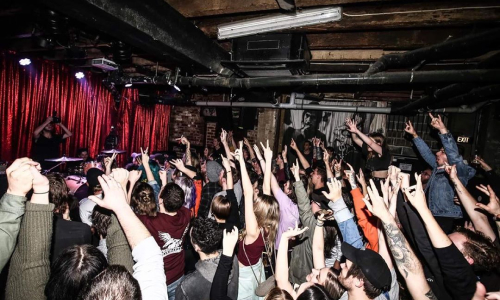 This is Australia’s hard rocking haven for sweat-soaked gigs and thumping mosh-pits. What would you expect for a venue located on AC/DC Lane? Axl Rose, Alex Turner and many more have wandered through these doors to watch a show. Earlier this year, it came under threat of closure and may have to move. But for now, it’s still open. As the owner wrote on the venue’s Facebook page: “Long story but we've still got the keys”.