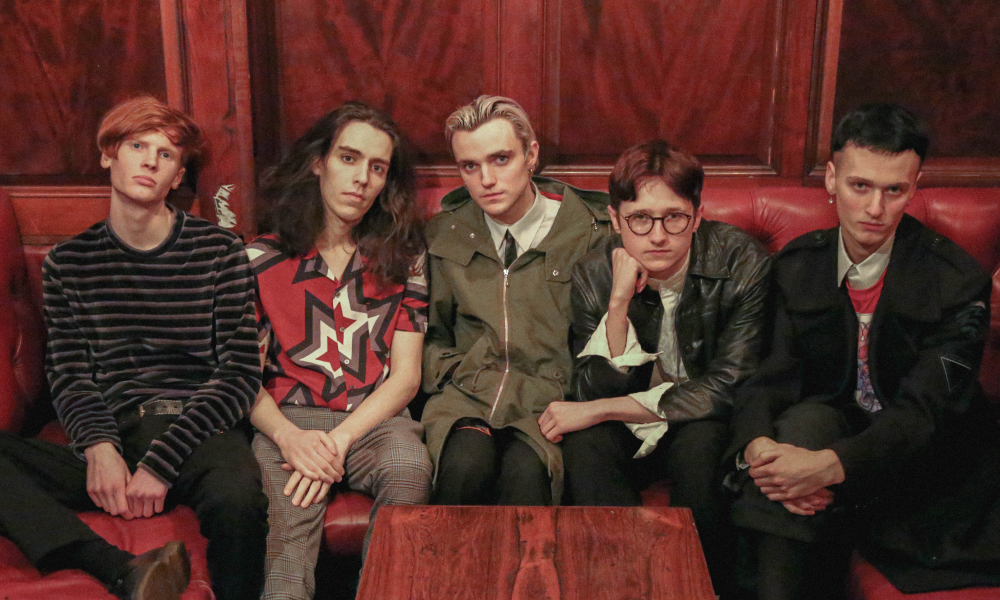 Glaswegian art pop band Walt Disco have a theory, and the theory is this: no good songs have ever been written before 6pm. It’s an interesting notion. Instead, they like to begin their recording sessions deep into the night, when the streetlights are flickering and the birds have stopped singing. “Most bands start their recording sessions in the morning,” says lead singer, James Potter, “but when did you last go to a great gig at 10am?” 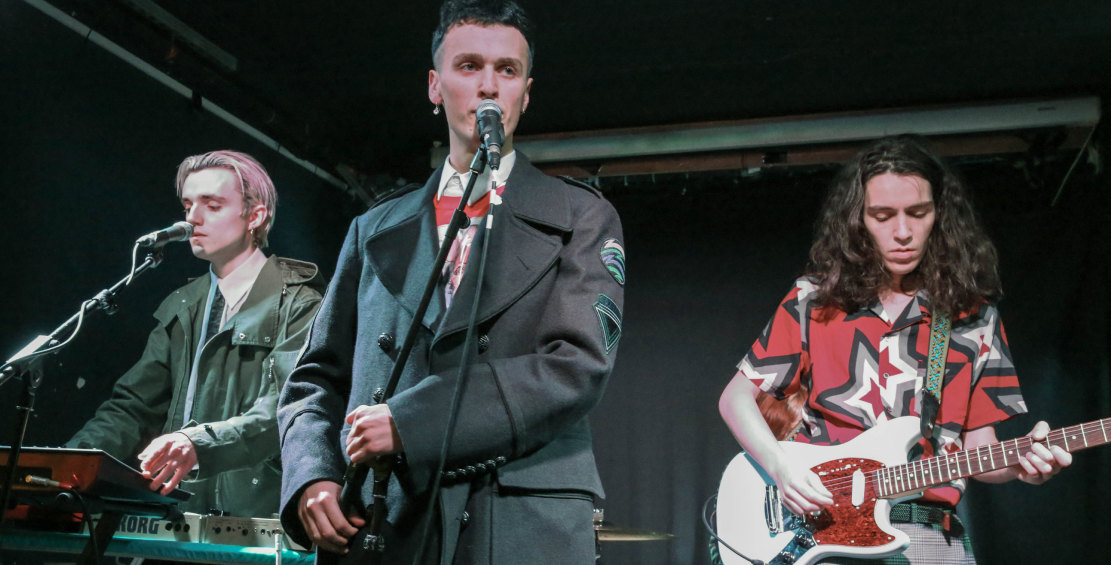 Since forming back in September 2016, the 5-piece band have carved out a cult following thanks to their knack for extravagant live shows and starry eyed melodies. Their sound is reminiscent of the 80s Scottish post-punk their parents grew up on, like Simple Minds, The Associates and Orange Juice, but reinvented for 2019 with progressive lyrics and irresistible hooks. “I think what I love about 80s Scottish music is it has such a strong melody and emotion, more than other post punk and art rock,” says synth player, Dave Morgan.

“I think what I love about 80s Scottish music is it has such a strong melody and emotion, more than other post punk and art rock”

Their latest single, “My Pop Sensibilities” (for which the vocals were recorded at 3.30am), is an infectious indie banger with lavish production that ripples in the mind for days. “That song is about people still engaging with ideas or traditions they were taught as a child that are no longer relevant in modern life,” says James. “For me personally, that was about the so-called norms of relationships: I’m quite feminine, so when I’m in a relationship with a woman I don’t feel so comfortable taking the overtly masculine role, but I feel forced into it because everyone has this sensibility.”

“You don’t have to be a band that stands for mad important issues,” 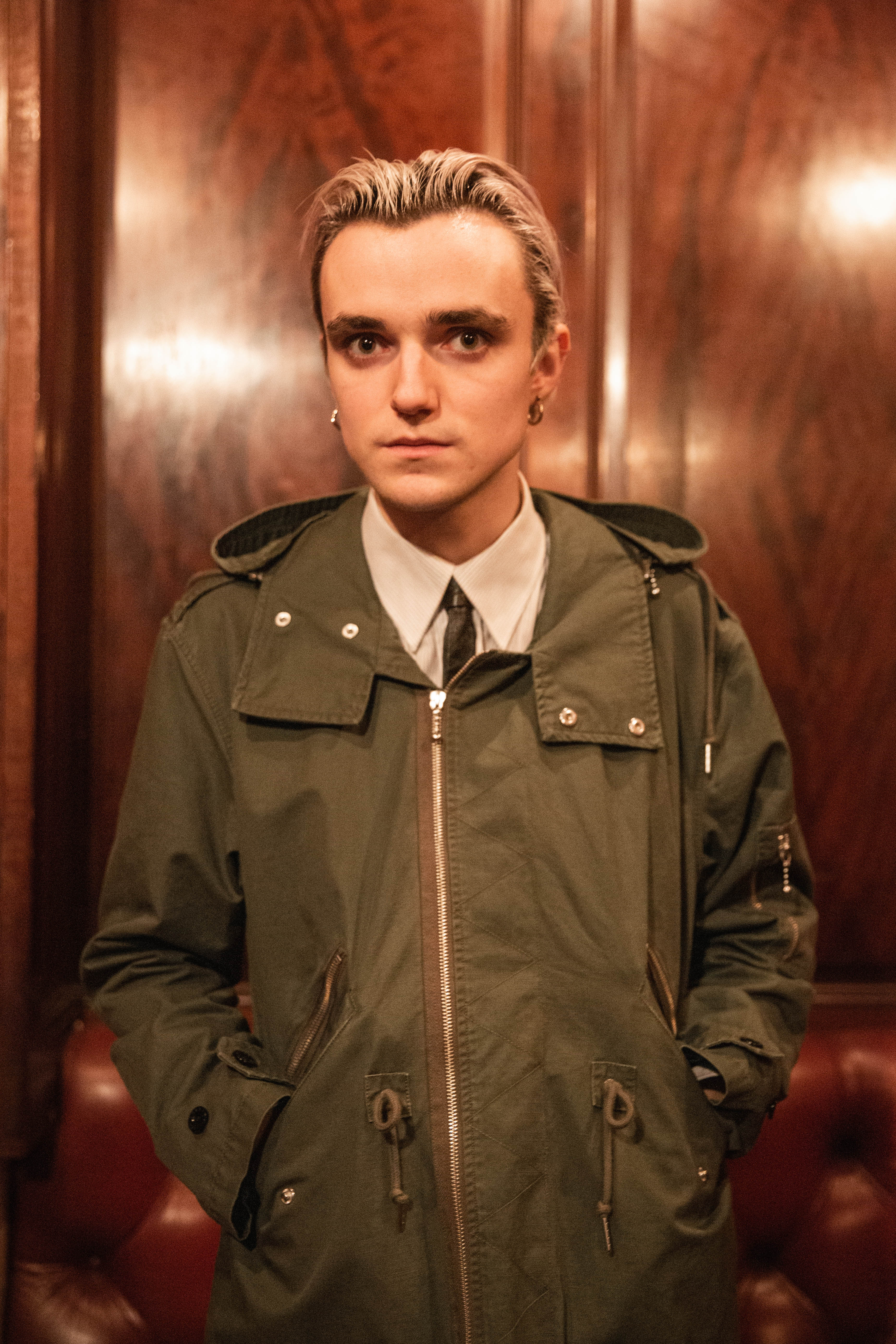 This isn’t the only Walt Disco song with a complex and intriguing subject matter, and they pride themselves on writing about issues that most songwriters wouldn’t have the bottle to address. One of their songs was even written from the viewpoint of a transgender protagonist. “You don’t have to be a band that stands for mad important issues,” says James, “but I think you should be a band that stands for something even if it’s something mundane. That’s why Sports Team are so great, because they sing about anything from motorways to cricket. Or, like John Lennon, you can sing about how you’re not gonna sing about anything, and rail against people reading too much into the lyrics. But whatever it is, you should stand for something.”

The 80s doesn’t just inspire the band musically, it feeds into their style as well. They like the flamboyance and androgyny of the New Romantic era; of acts like Boy George, Steve Strange and A Flock of Seagulls. A Walt Disco live show is an explosion of madness. Since bassist Finlay joined in January, it has freed frontman James to interact with the crowd and bring them into the performance, making for unpredictable gigs that feel intense and radical.

“We’re a band made of five lads, but we don’t want to be seen as part of ‘lad culture’,”

“We’re a band made of five lads, but we don’t want to be seen as part of ‘lad culture’,” says James, in reference to their shows being a diverse and inclusive space. “A group of men together can also be lovely and encouraging towards each other. We want to take it a step further. Hypermasculinity is no longer needed in this world. We’re embracing feminine qualities and supporting everyone. By no means are we anti-lad bands – we just feel there’s so much more to a band than that and we want to do our bit to make things better for everyone.”

Like all great young bands in 2019, the Walt Disco boys still have day jobs, and while I interview them they are in Glasgow's Priory Bar - simultaneously running the pub and hosting an art exhibition by students at the nearby Glasgow School of Art. This music bar on Sauchiehall Street has, perhaps more than most, been integral to Glasgow’s production line of fresh and exciting new bands. The venue hosts everything from garage rock to noise pop and treats all of its performers honestly and respectfully.

“I can’t think of a single Glaswegian band that hasn’t played here on their way up,” says Dave. “There’s just a buzz in the city at the moment,” agrees James. “Everyone’s encouraging each other, it’s not horrible or competitive. 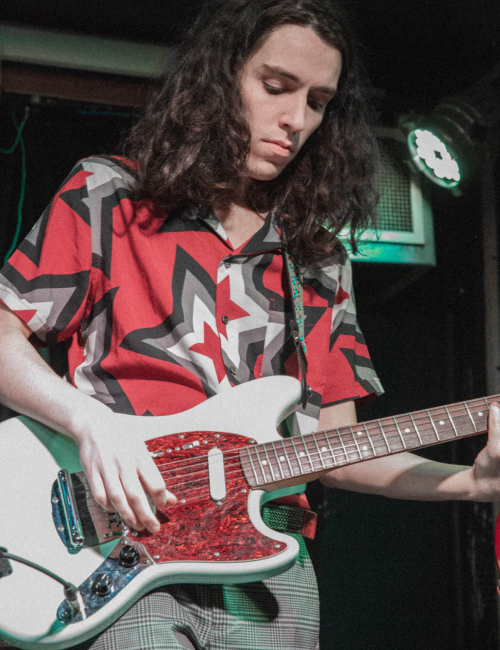 I can’t think of anywhere comparable.” This summer the band will be starting a club night in The Priory so they can connect with their fans on an even more regular basis than just live shows.

The problem with so many regional scenes around the UK is that the brain drain soon takes hold, and once a band reaches a certain level they are too often lured down to London for greater opportunities and access to the mainstream music industry. Walt Disco have been to the capital for live shows and recording sessions, but they are defiant about the power of their hometown to keep its brightest stars exactly where they are. “Glasgow is four and a half hours from London on the train,” smiles James, “and right now that feels close enough.”