Ten of the Most Visionary Album Covers in History 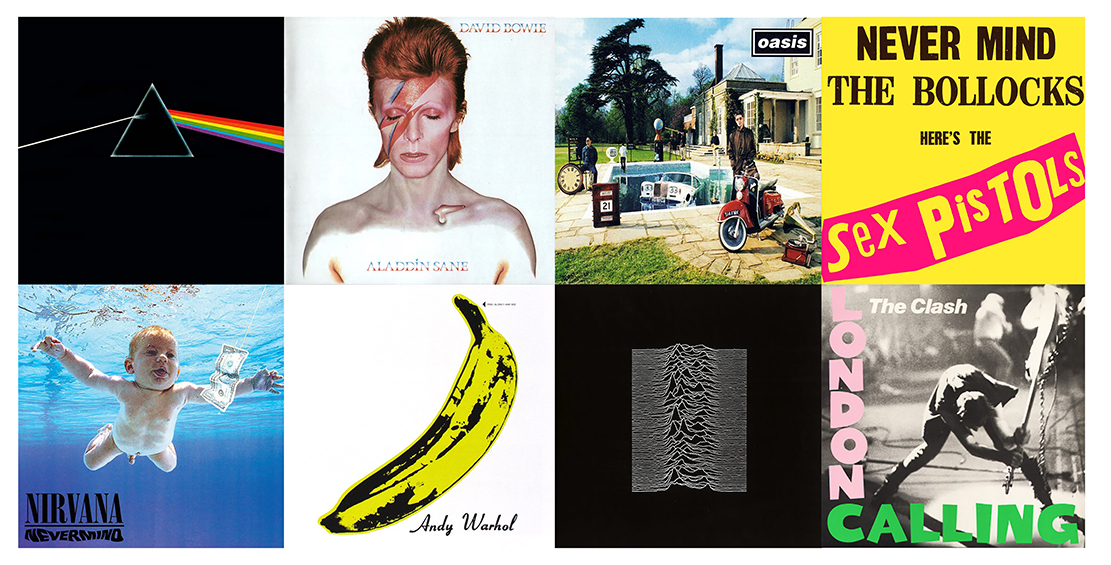 Album art played a far more pivotal role before social media than it does today. For many listeners, it was their first introduction to an artist or band, as they thumbed through vinyl in a record store waiting for something to catch their eye. And we can only imagine the curiosity and intrigue that must have been sparked when young music lovers came across some of the startling visions below. To celebrate this feeling, we’ve taken a closer look at ten of the most breathtaking album covers of all time. 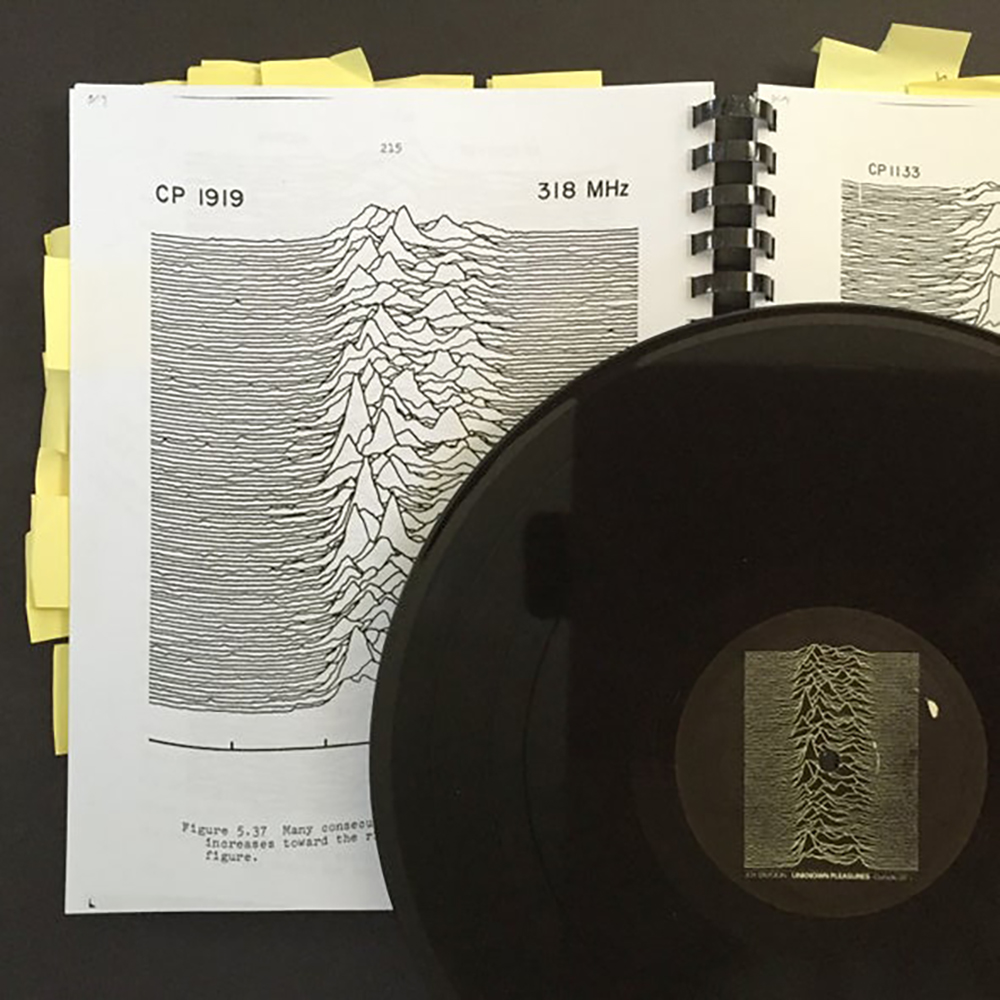 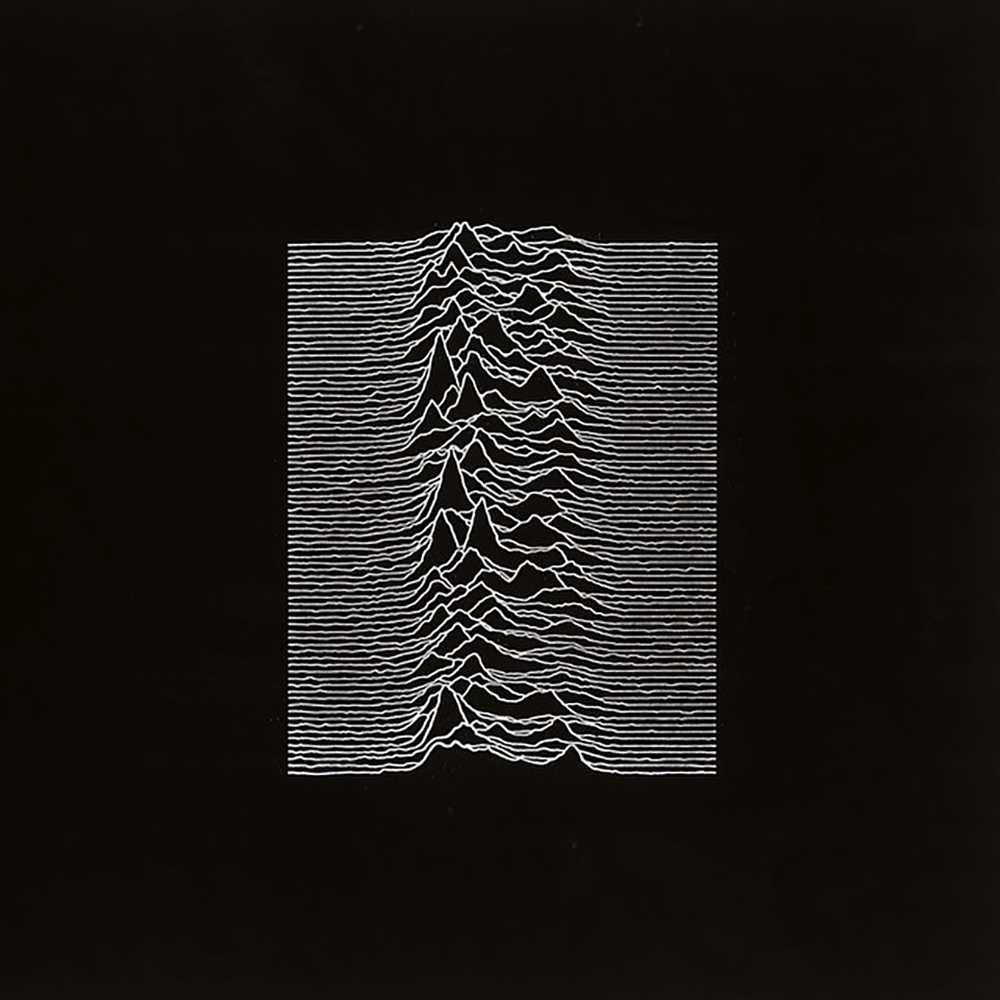 When Dr. Harold D. Craft Jnr published a graphed representation of the first ever recorded pulsar signal in his PHD thesis in 1970, he had no idea that he’d created one of the most enigmatic album covers of all time. The members of Joy Division had first discovered pulsars in The Cambridge Encyclopaedia of Astronomy, from which they gave a page to their graphic designer Peter Saville as inspiration. The rest, as they say, is history. Now celebrating its 40th anniversary, the cover of Unknown Pleasures is still inspiring art, tattoos and clothing around the world. And you can see why the pioneering Salford band were drawn to such a cosmic idea: of supermassive lighthouses in space that emit beams of radiation. 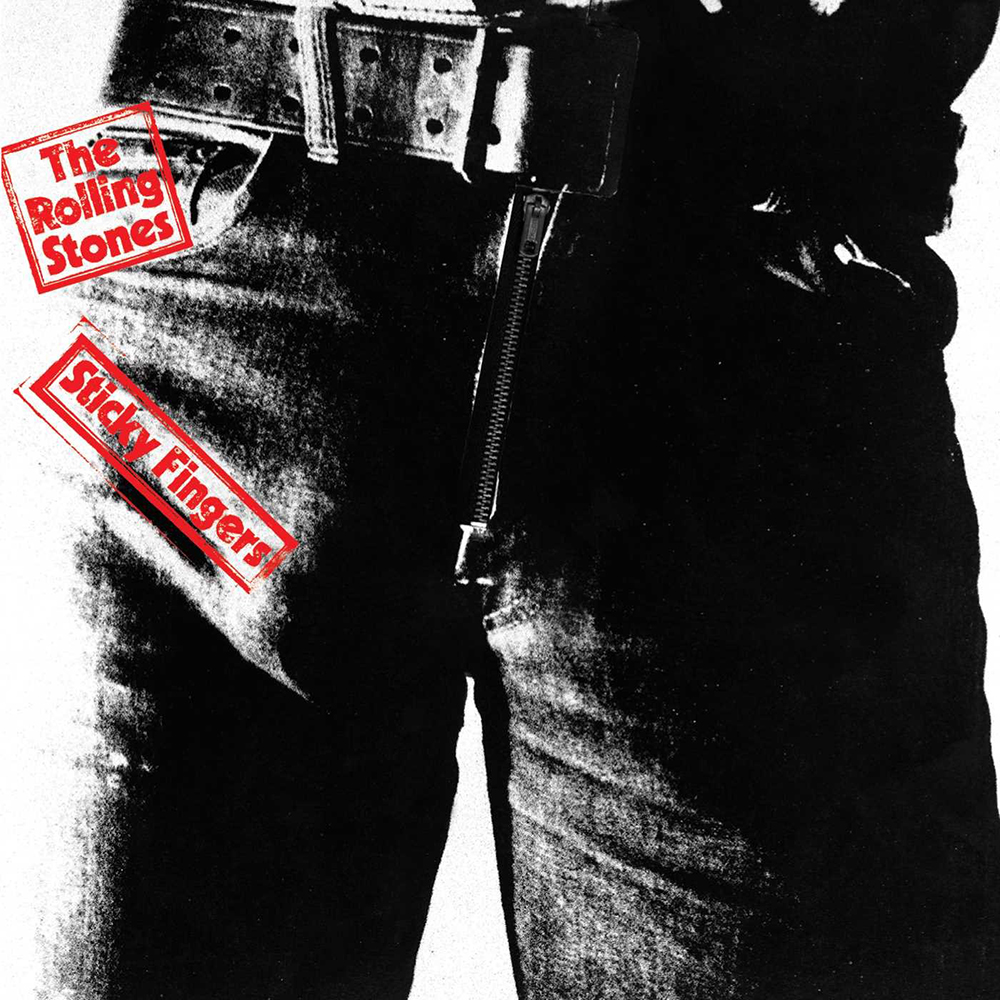 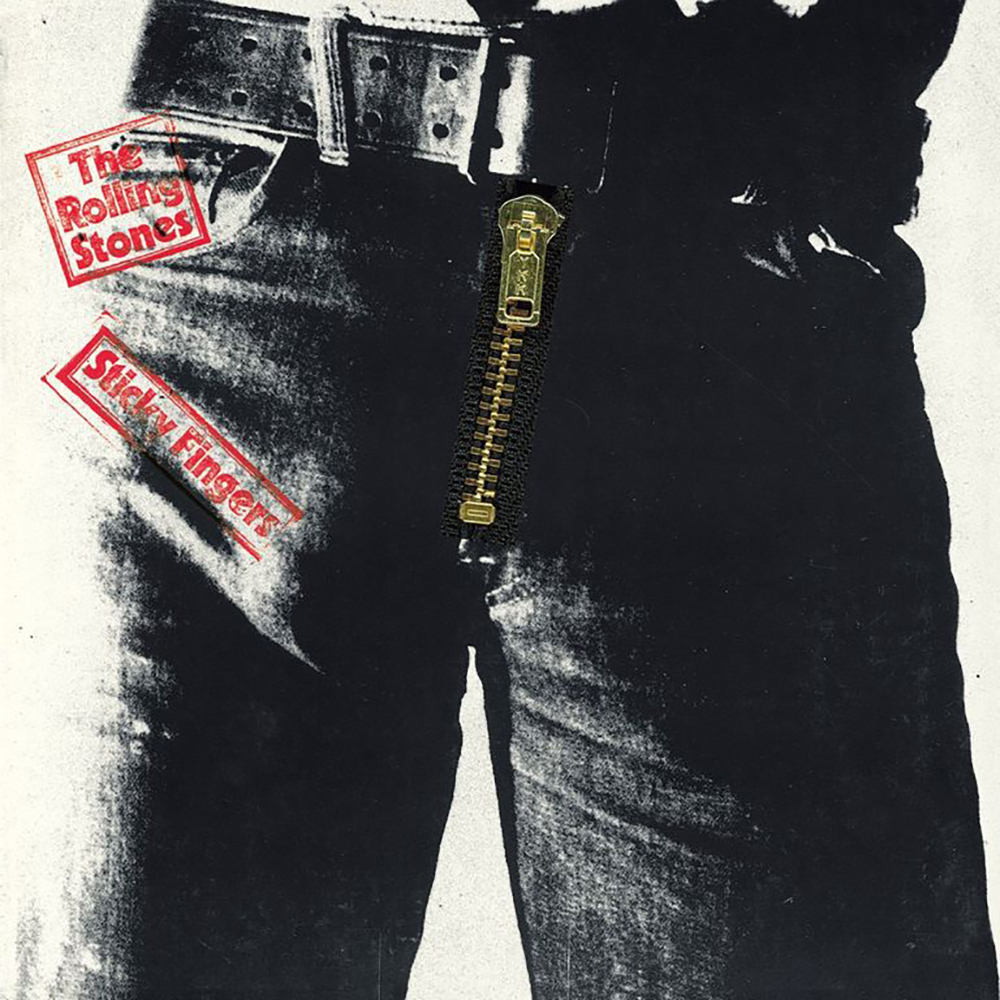 The greatest works of creation often come when artists from different disciplines cross over and work together. So it was in 1969 when The Rolling Stones and Andy Warhol (both at the height of their powers) worked together on the artwork for Sticky Fingers. The result was a controversial close up of a male crotch in tight denim jeans, that knowingly mocked the role sex plays in the success of rock ‘n’ roll. The original run even had a real zipper attached, but it was later removed due to the damage it caused to the vinyl during transportation. The album became the Rolling Stones first ever US #1, which you must assume was partly down to the arresting appeal of Warhol’s cover. 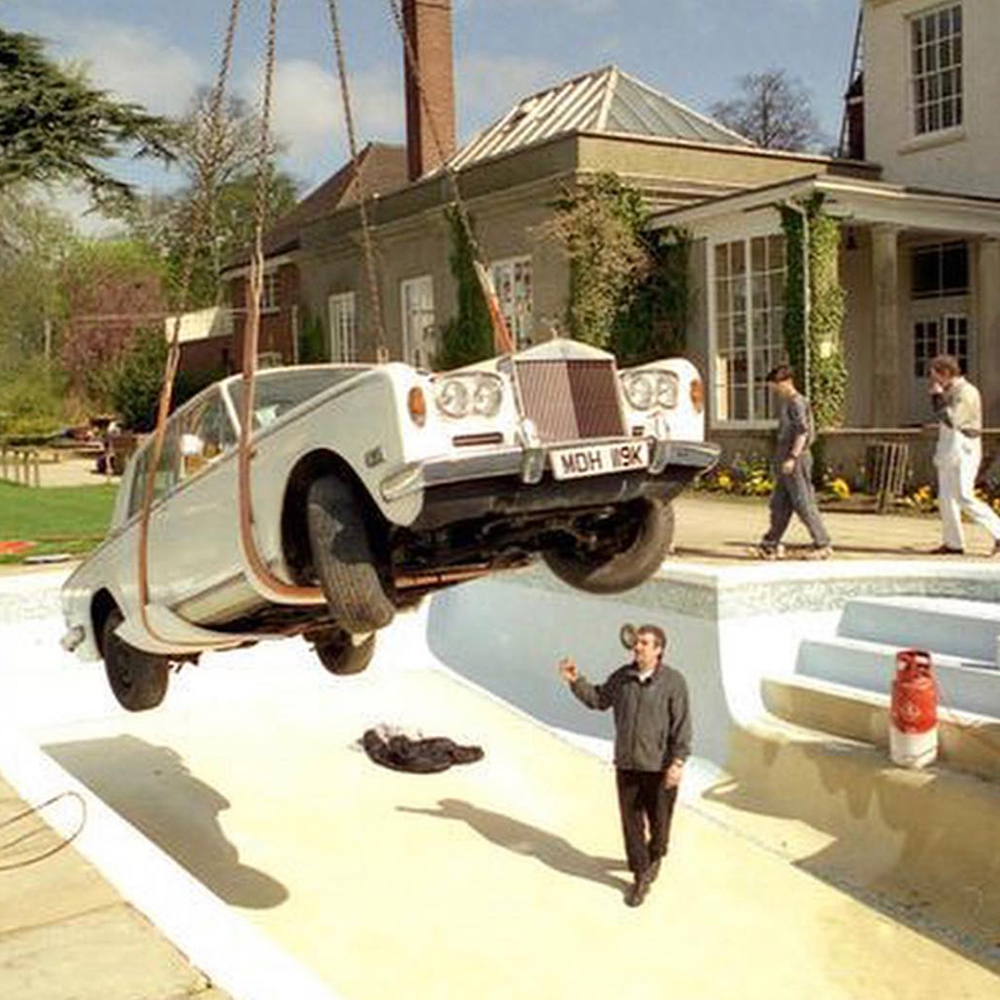 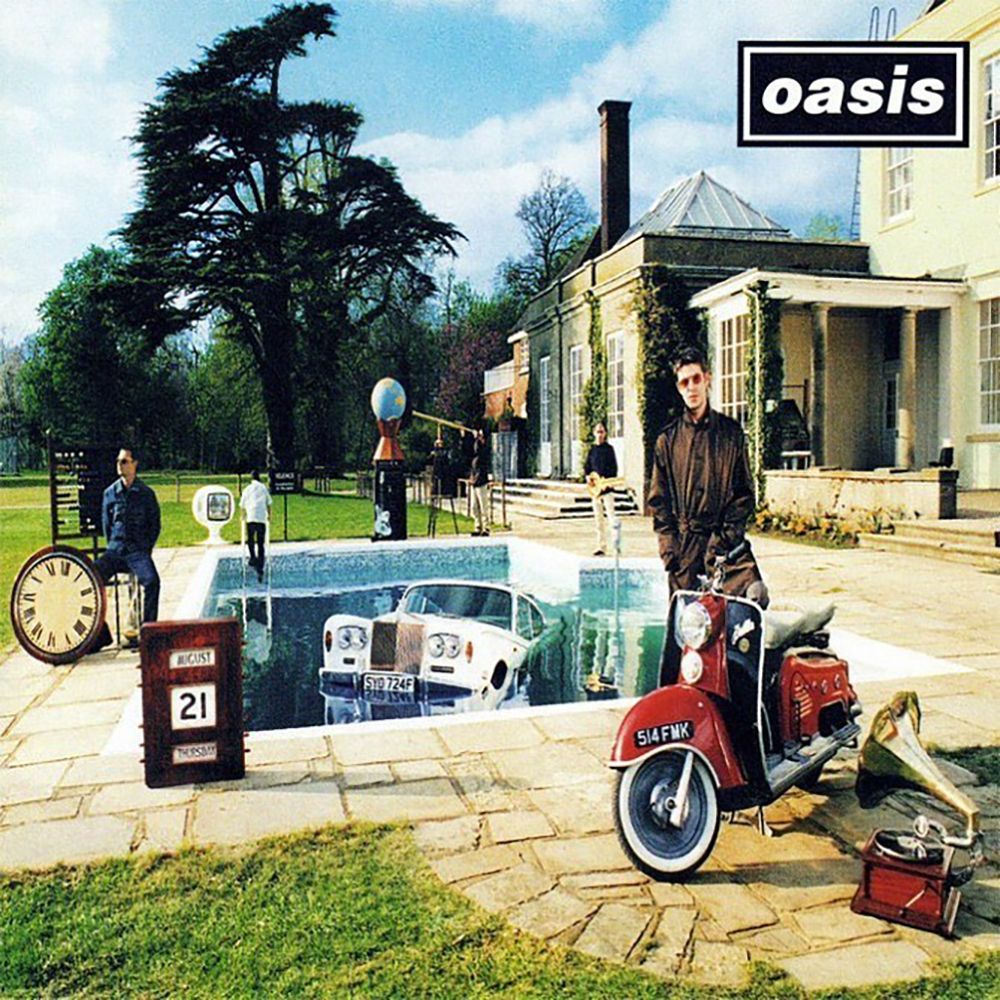 With creative director Brian Cannon at the helm, Oasis had some stunning album covers during their time together. But perhaps the most ambitious was 1997’s Be Here Now. Shot by Michael Spencer on the former premises of a notorious Playboy magnate, the image was full of cryptic clues, including a vintage calendar displaying the release date. But perhaps the most eye-catching feature is the Rolls Royce submerged in the swimming pool. The story goes that it had no engine inside, so the water was no issue for the company they rented it off, but somebody did steal the silver lady emblem off the front. “For years I was getting invoices for like 3 grand!” joked Cannon in a recent interview. 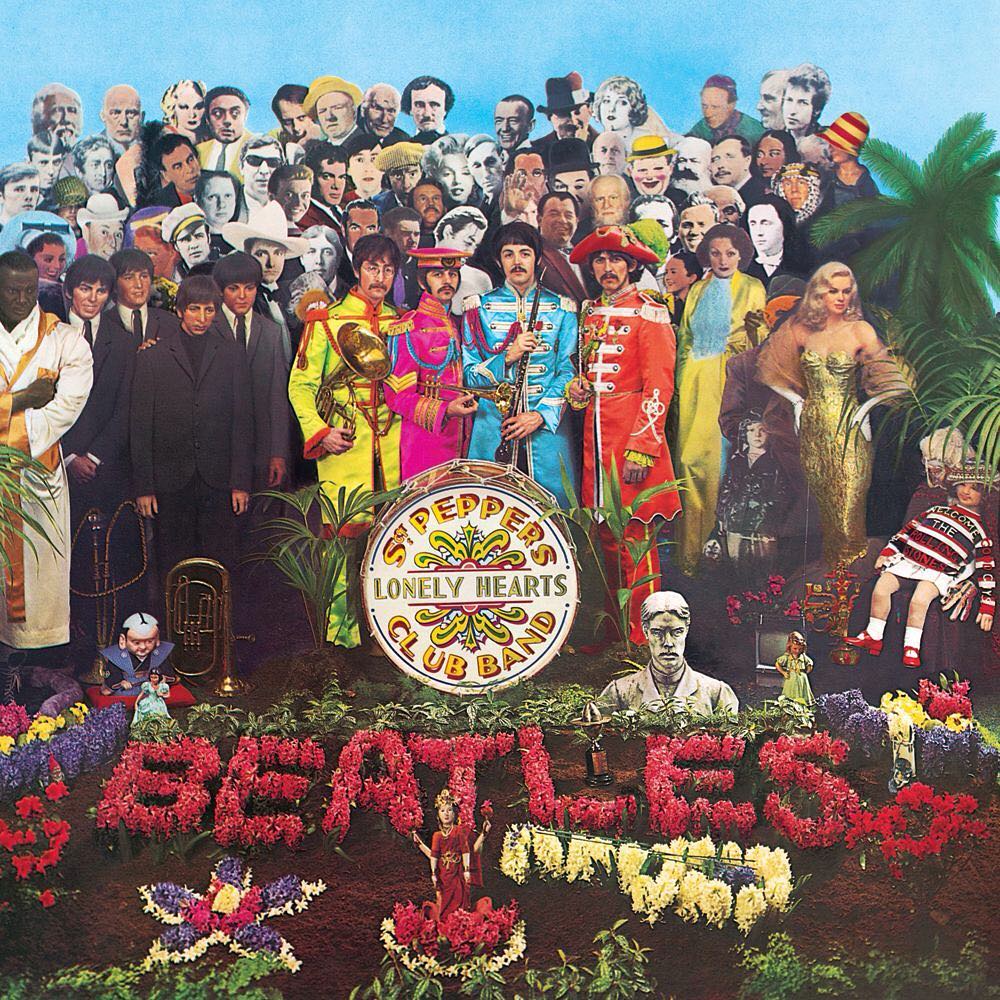 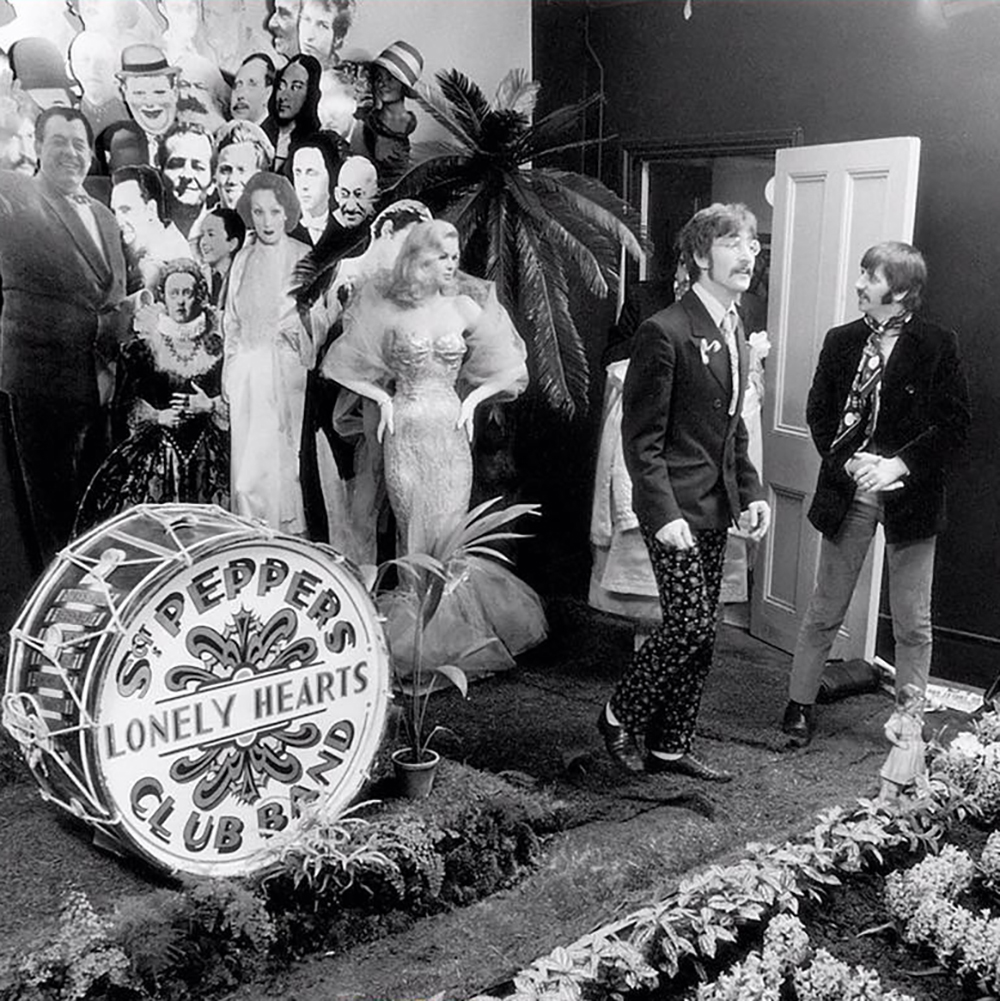 It’s strange to think how simple the original idea was for one of the greatest album covers ever imagined. Jann Haworth and Peter Blake just wanted to depict an image in which The Beatles looked as if they had just finished a concert in a park and were surrounded by fans. As the idea moulded with visions of Paul McCartney’s and cardboard cutouts were introduced, the notion was born that the fans could be anyone from throughout history. Everyone got involved with suggestions, including the band’s manager Brian Epstein and close associate Robert Fraser, but John Lennon’s were the most controversial. His list included Jesus Christ and Gandhi, some of which were either vetoed or hidden. But his desire for the controversial occultist Aleister Crowley to appear did manage to slip through.

Pink Floyd: The Dark Side Of The Moon 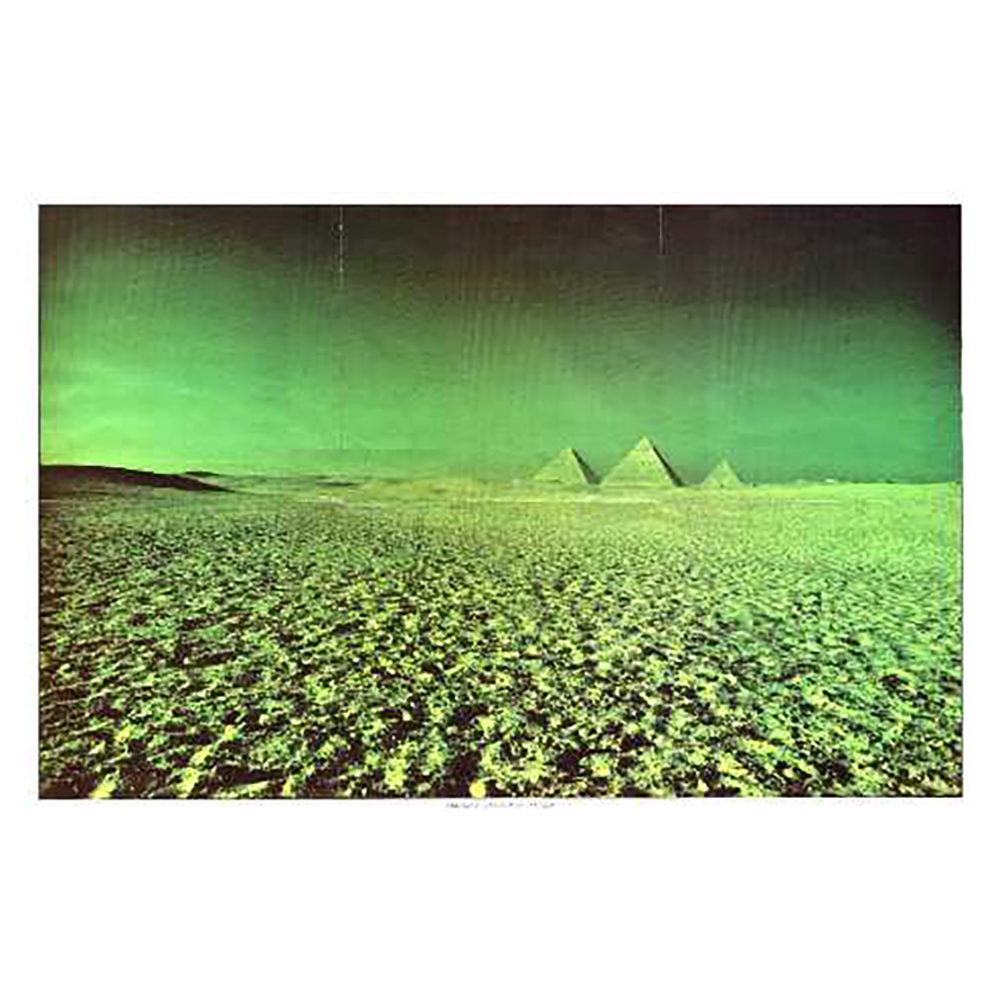 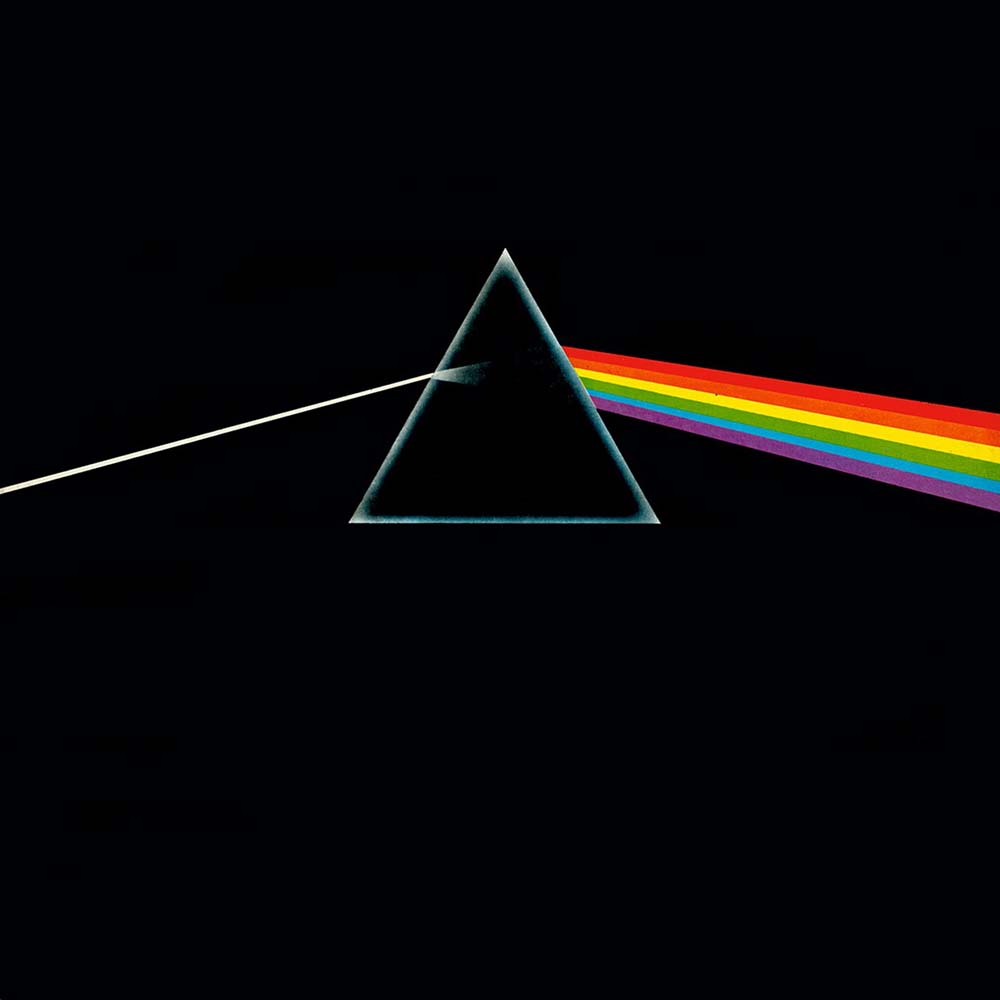 When the members of Pink Floyd briefed creative directors Hipgnosis (Aubrey Powell and Storm Thorgerson) on Dark Side of the Moon, they simply asked for something “clean, elegant and graphic.” One night Thorgerson discovered a photograph of a prism with a beam projected through it, and the idea was born. He wanted the design to include triangles, because they represented “thought and ambition” which he believed to be key themes in Roger Water lyrics. Hence the infrared photographs on Egyptian Pyramids contained in the inner sleeve. What’s lesser known is that this could have all been so different: Hipgnosis’ other submitted idea was a Silver Surfer inspired superhero sleeve.

The Velvet Underground & Nico (Self Titled) 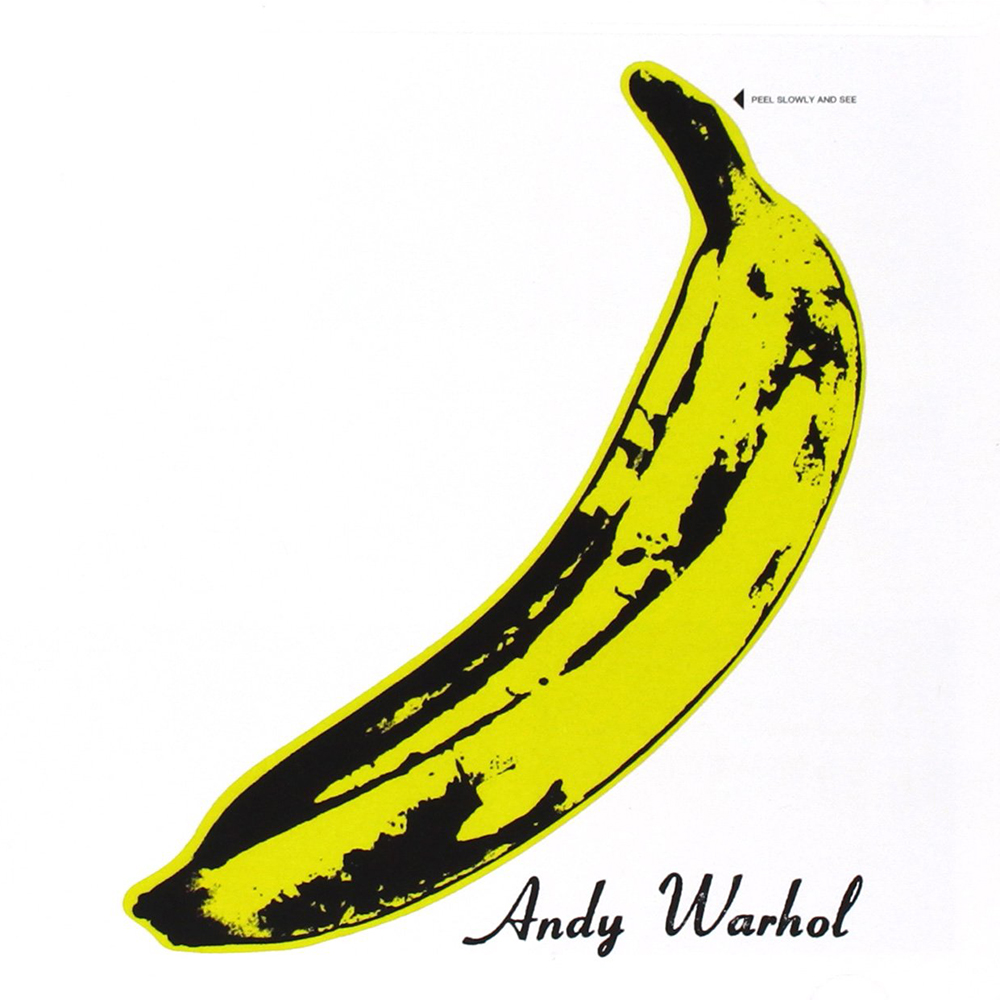 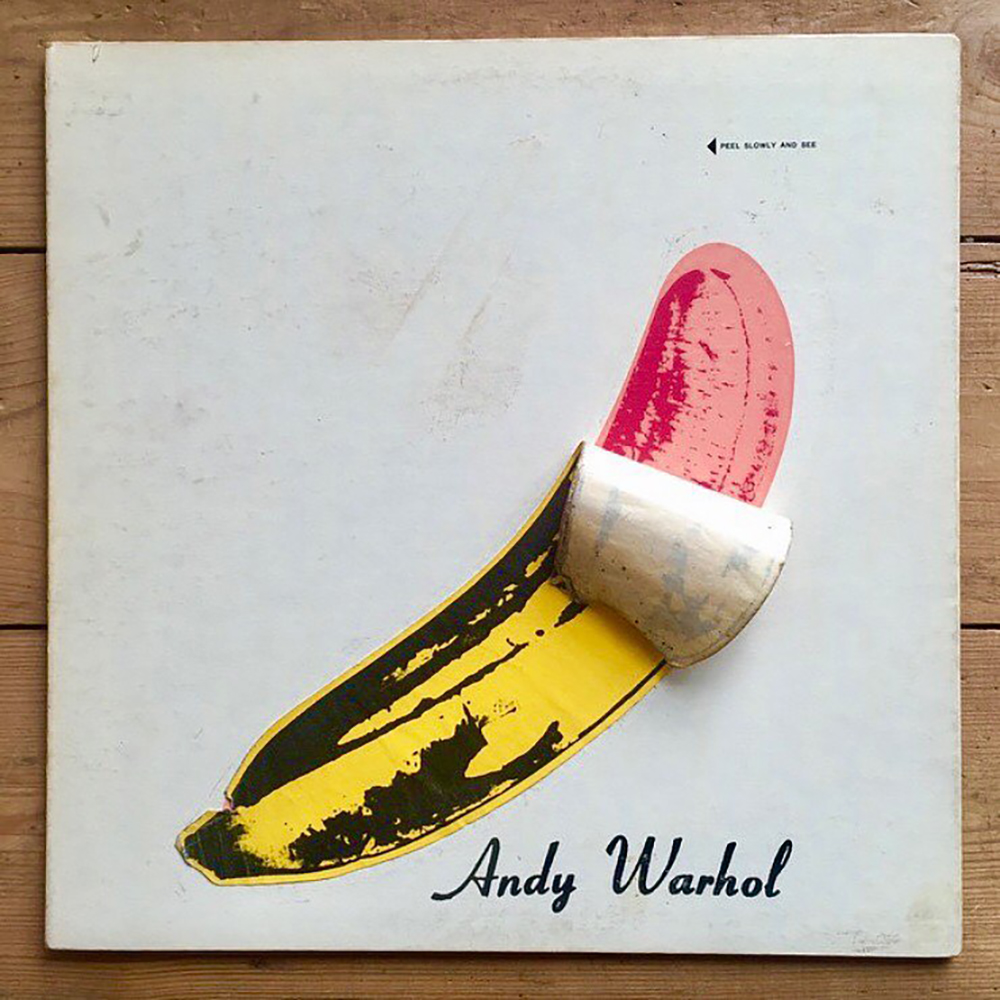 Another Andy Warhol album sleeve and yet another piece of evidence in the case for his huge influence on music in the 60s and 70s. This time it was for The Velvet Underground & Nico, a band who he also managed at the time. Once again, it is a tongue in cheek comment on the sexualisation of rock music (the banana can be peeled to reveal a pink fruit beneath), but it’s also an epitome of his artistic philosophy to re-use and repurpose. The original banana design was something he’d simply stumbled across on a cheap tin ashtray in a thrift shop in New York. 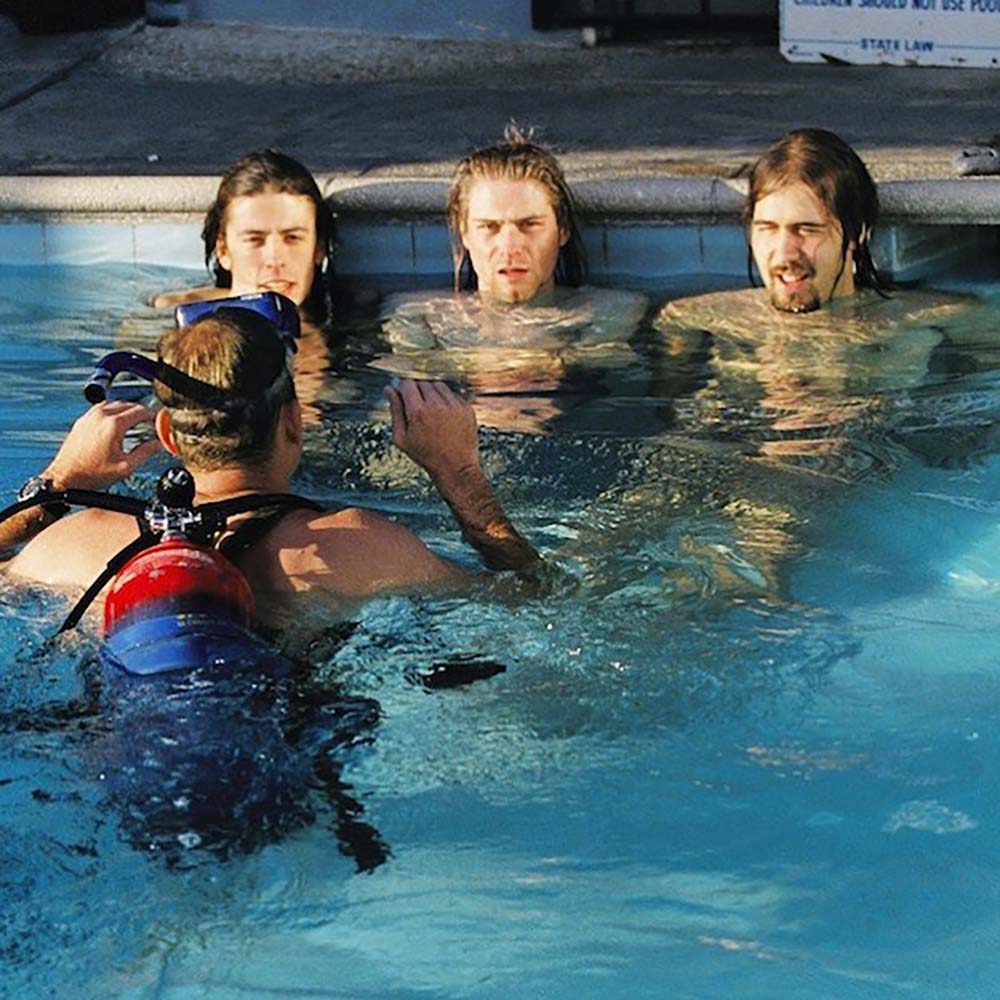 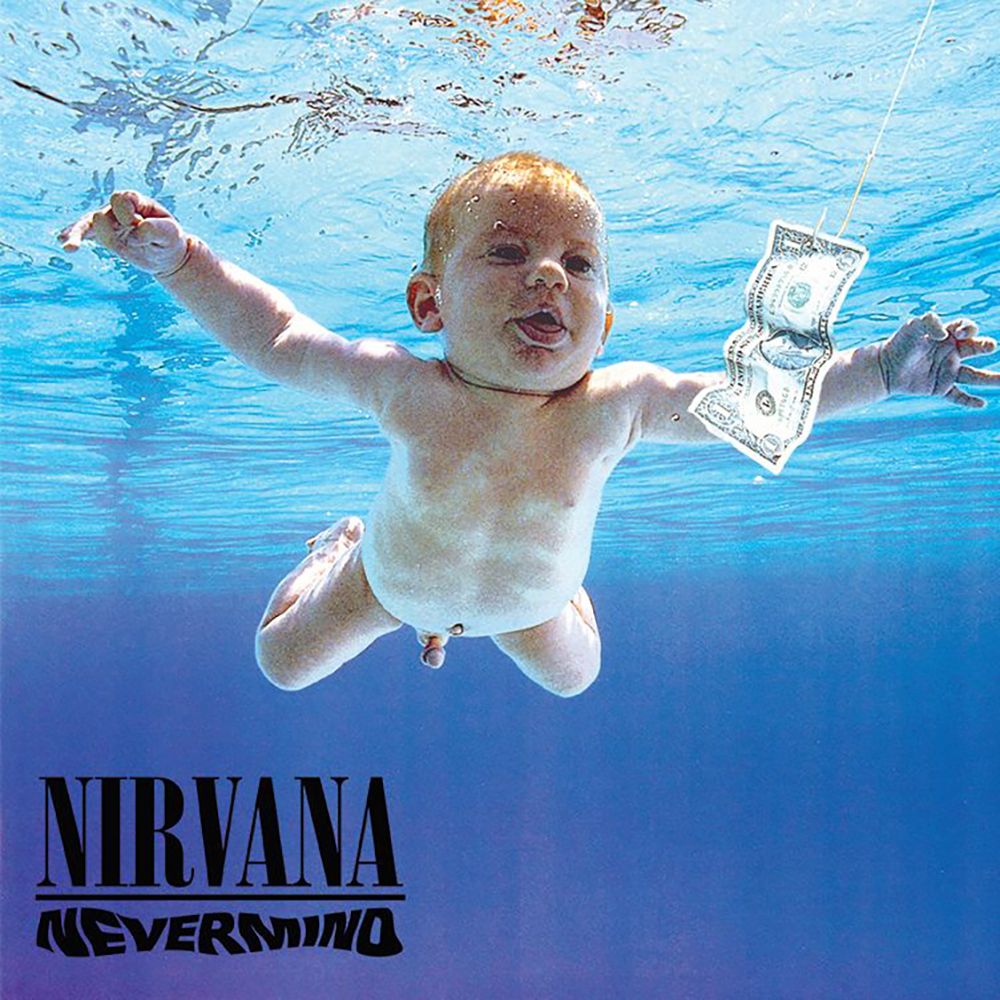 Two dunks in a public swimming pool in Pasadena, and a few snaps of photographer Kirk Weddle’s camera. That was all it took to create the most enduring images of grunge music: a four month old baby swimming across an endless blue towards a dollar bill on a fish hook. There was no art director, manager or label executive involved, and only $1000 in the budget. It goes to show that you can throw as much money at a shoot as you like, but all you really need is a great concept. 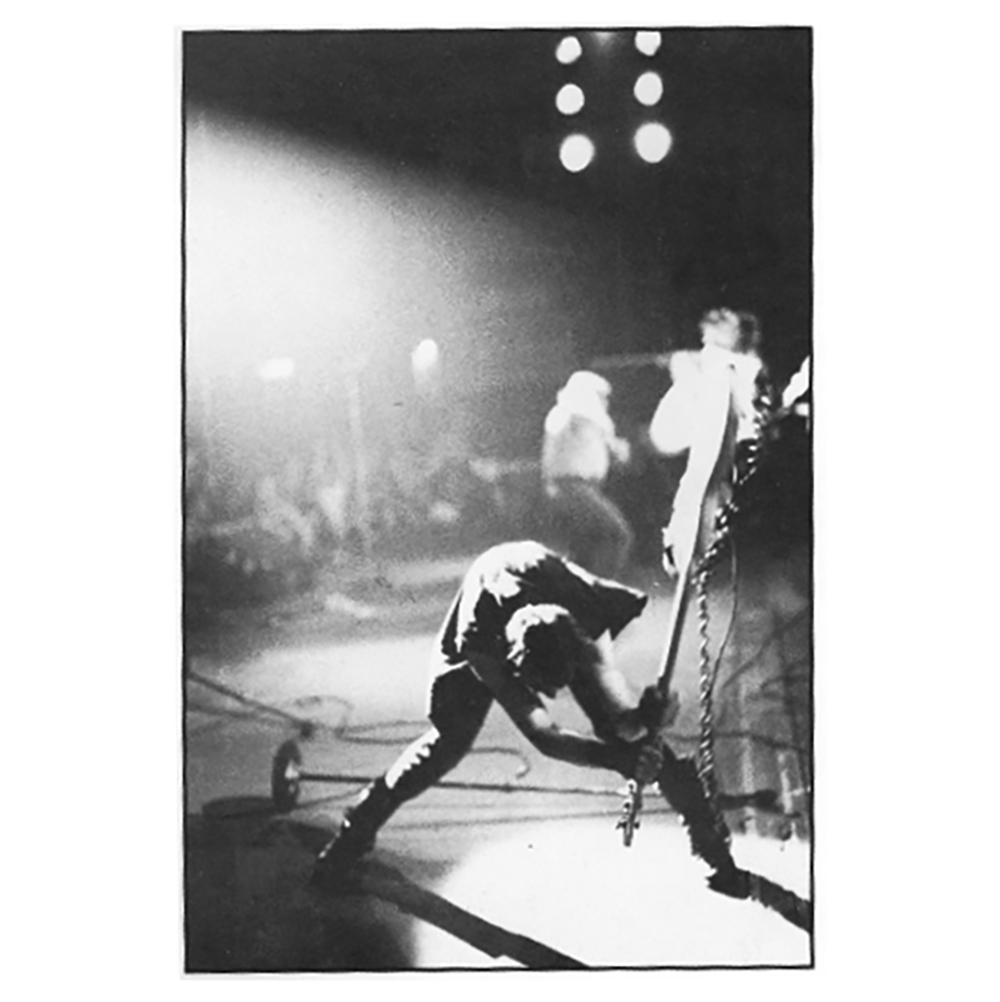 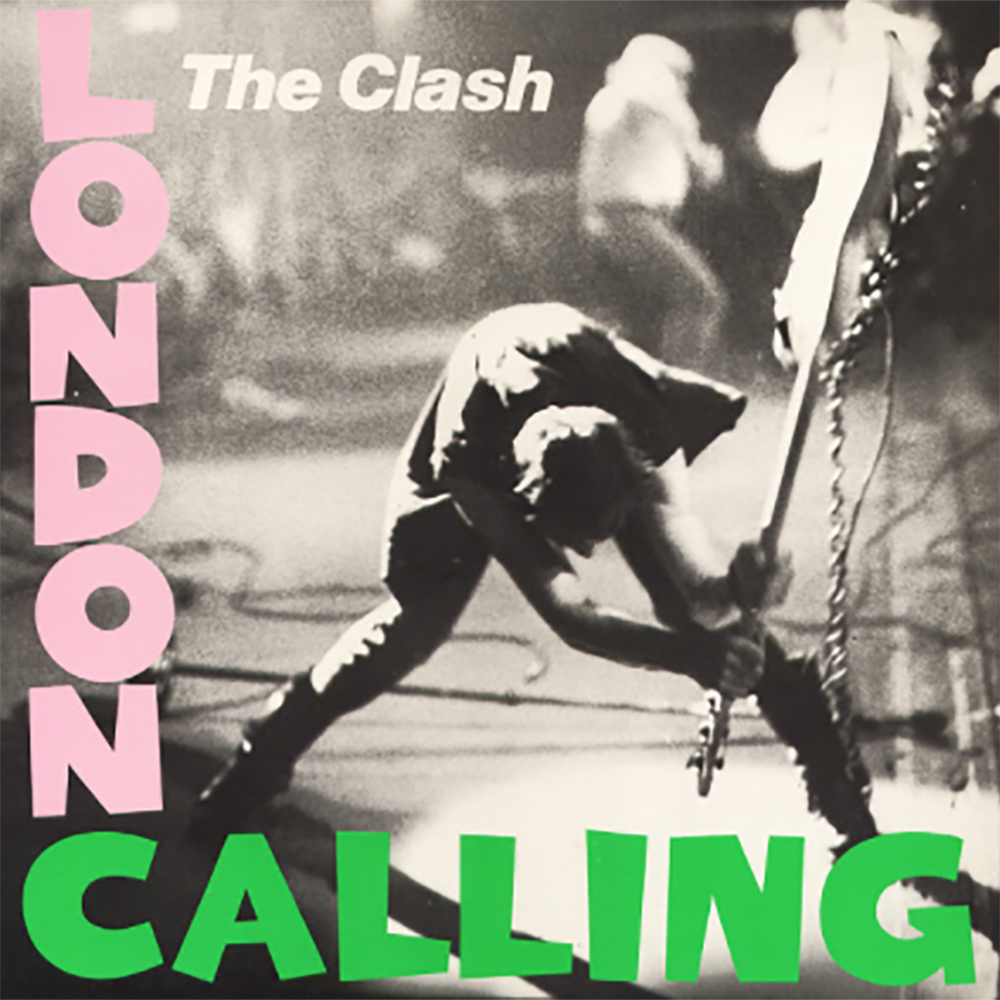 A naked moment captured in all of its aggressive beauty. That’s the essence of this artwork that covered The Clash’s seminal London Calling album. The band’s bass player Paul Simonon had no idea anyone was shooting him when he went to destroy his guitar towards the end of a show at the New York Palladium in 1979 - he was just pissed off at how the gig had gone. But British photographer Pennie Smith was there, a little too close perhaps: the blur on the image, an abstract detail that has perhaps made it so iconic, was caused by her backing away from Simonon for safety. 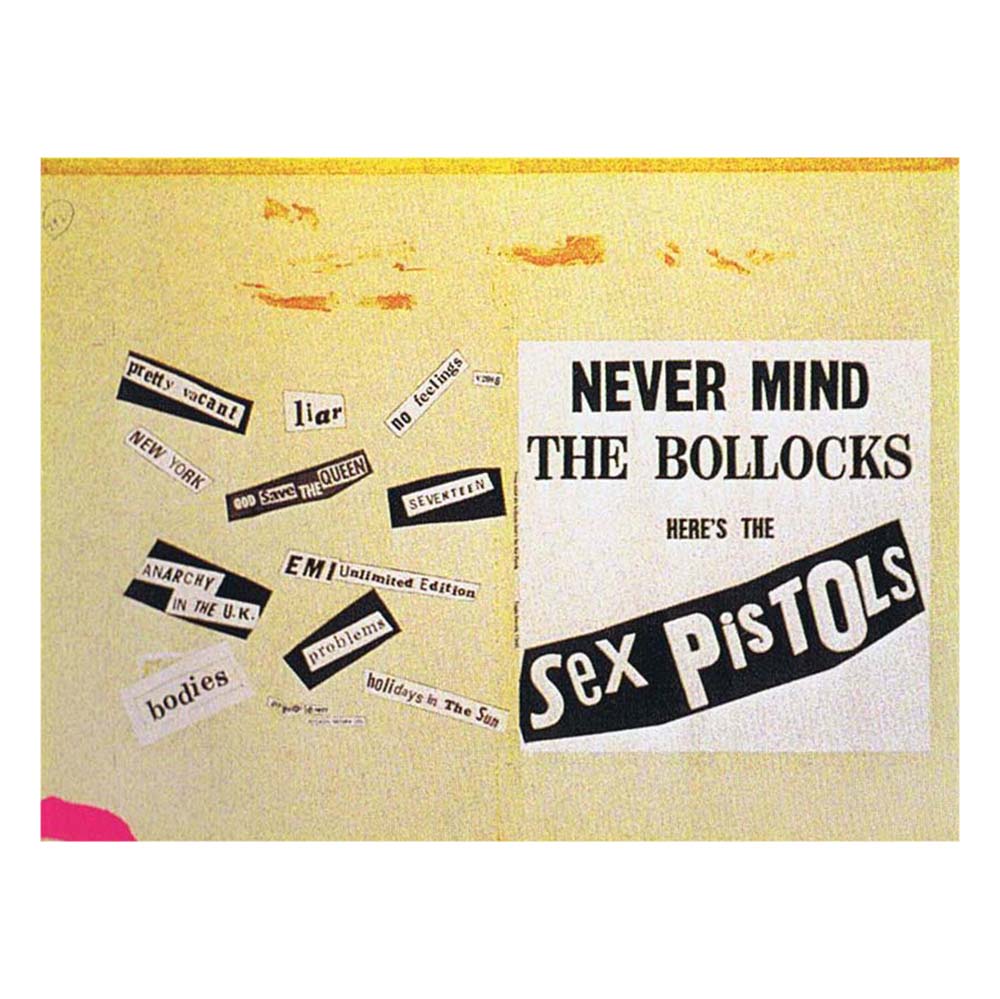 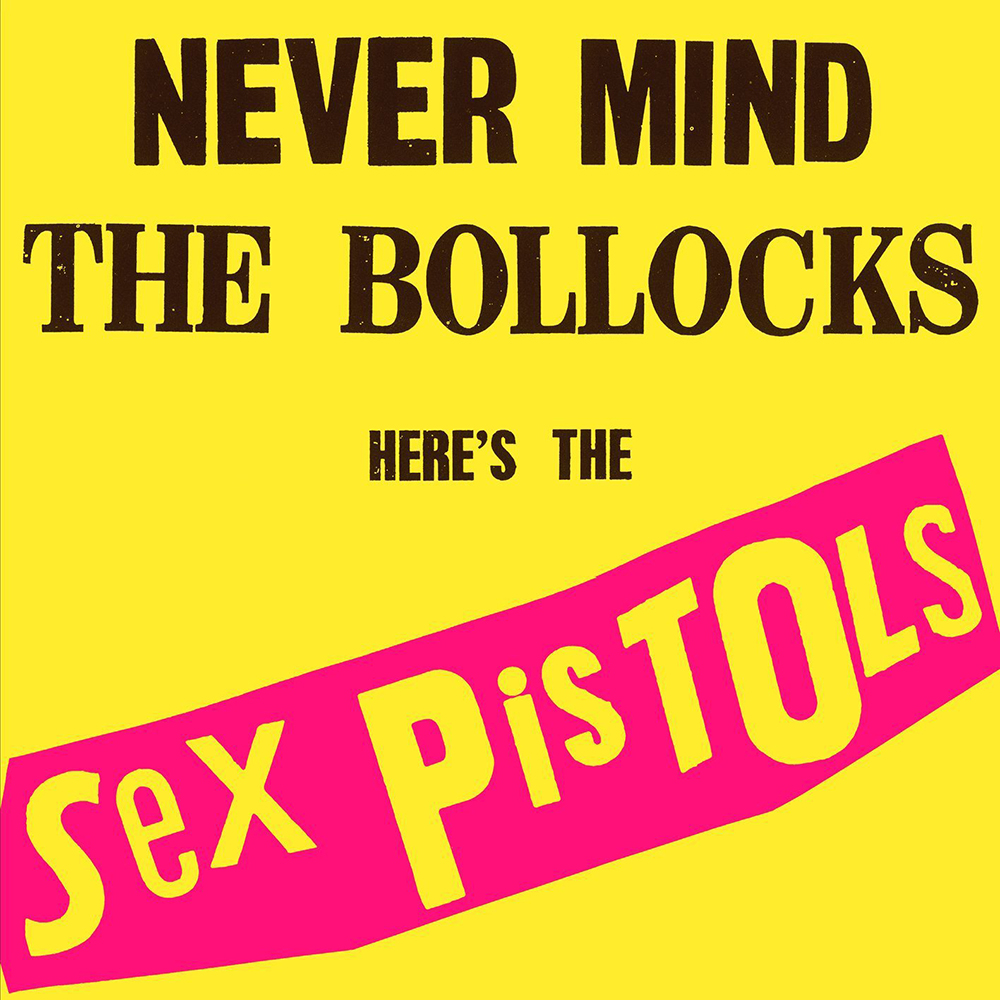 Ugliness. That was the concept at the core of the artwork for Never Mind the Bollocks. “We came up with the ugliest cover we could think of; that in a sense would attack the idea of super-graphics. I wanted to make ugliness beautiful,” said the band’s manager Malcolm McLaren. He knew just who to approach: an anarchist artist he’d met at art college named Jamie Reid. Reid managed to capture all of the complex ideas of punk - of DIY aesthetics, rebellion and nihilism - into one garish yet mind-blowing design. 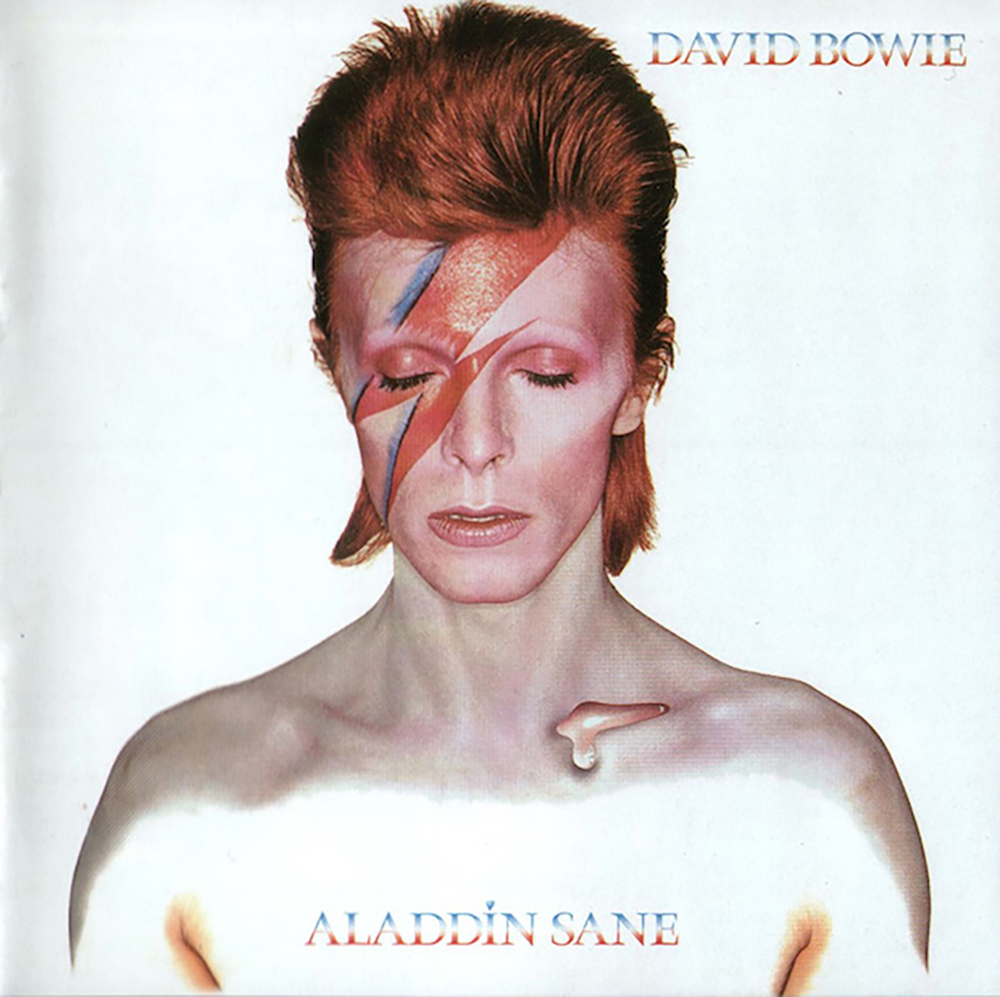 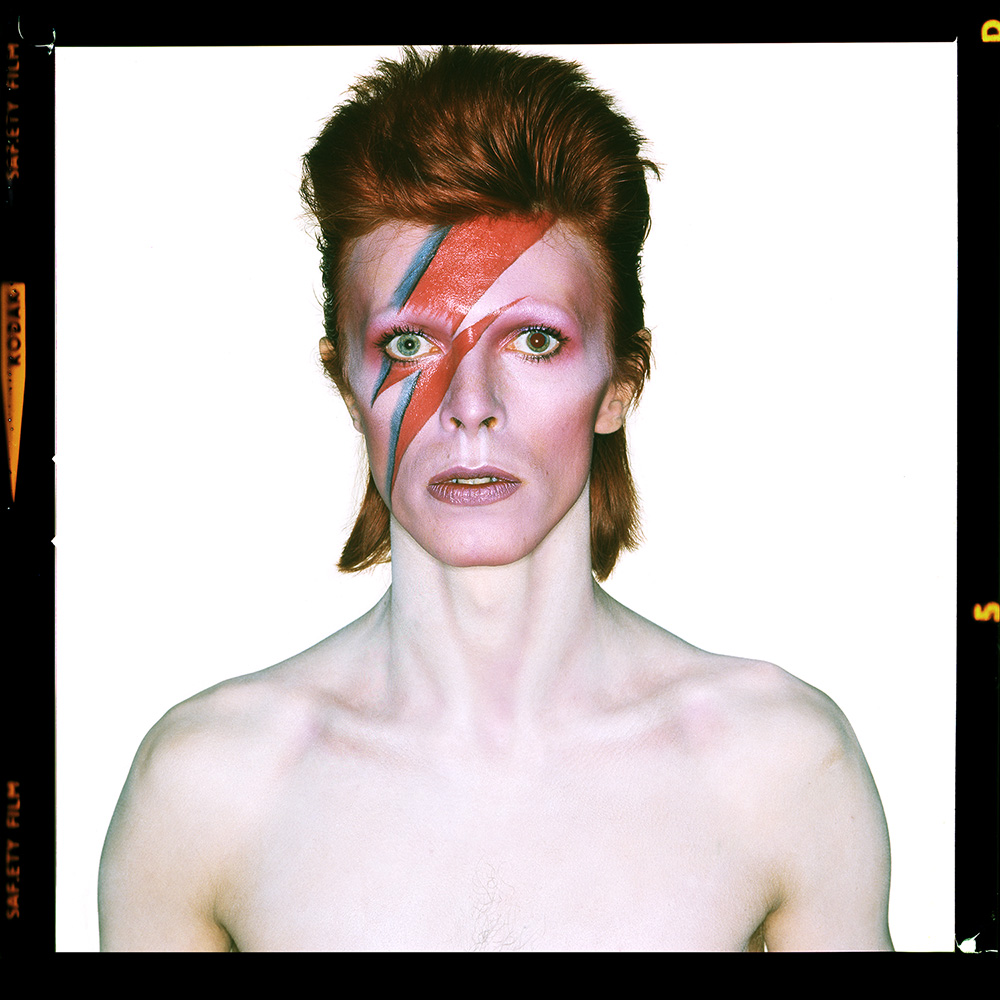 This might be one of the only artworks in this list in which the artwork has eclipsed the fame of the album itself. Ask most casual music fans to imagine an image of David Bowie, it is this simple portrait of him with styled red hair and an electric bolt across his face. Shot by the legendary photographer Brian Duffy, it did the job Bowie’s manager intended: of convincing both the record label, and the wider world, that they had a true rockstar on their hands.