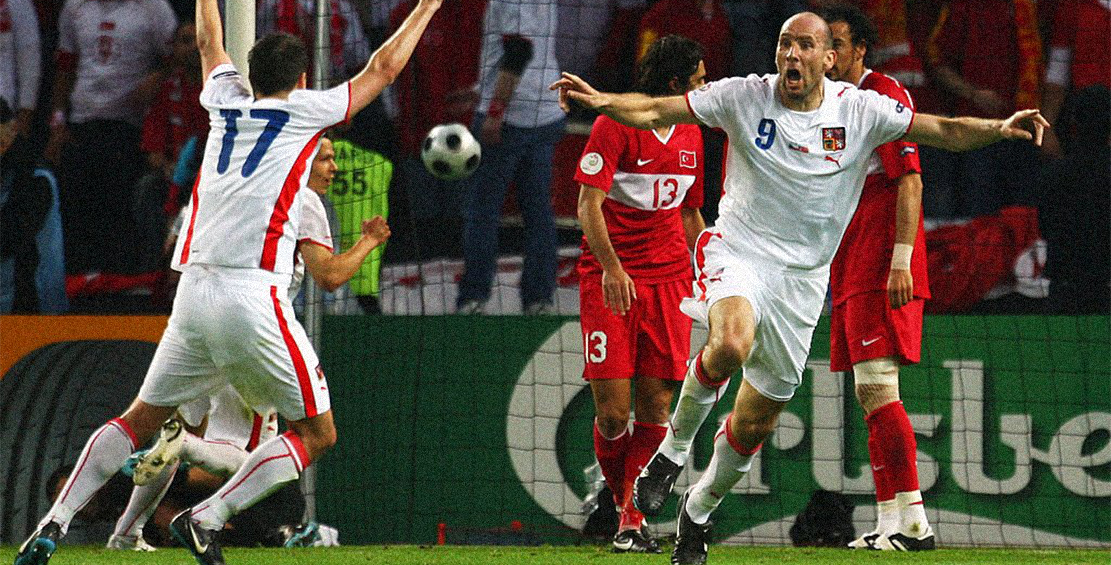 Football is a theatre, packed with explosive storylines, brave heroes and maddening villains. But one of the best elements has always been the death-defying comeback, when one team snatches victory from the jaws of defeat, in the most unlikely scenarios. The EUROs has seen some fantastic fightbacks over the years, we’ve picked the best five. 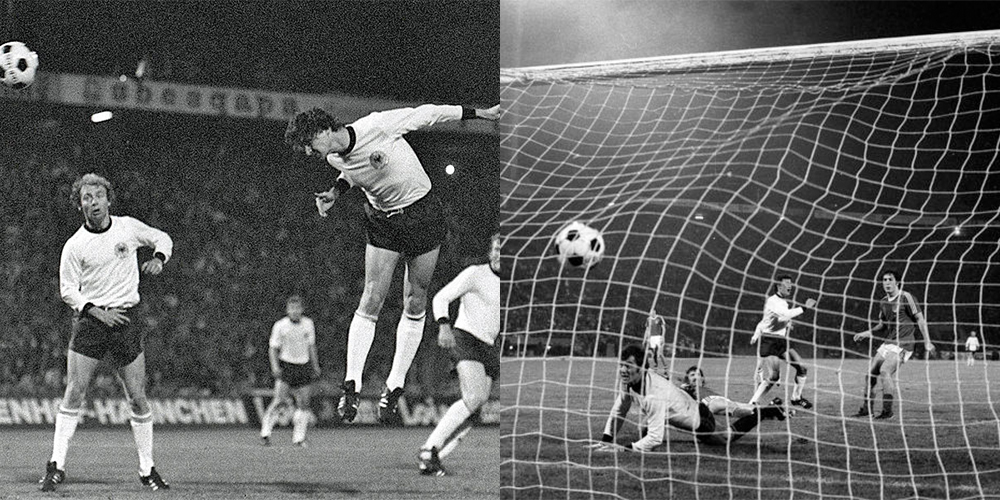 It was a hot night in Belgrade when Yugoslavia (the hosts of Euro 76) met West Germany (the reigning champions). The home nation’s crowd were in rapturous form, and two of the best players in the tournament were on the pitch: the towering Beckenbauer for Germany, and the tricky Džajić for Yugoslavia. The latter went two goals ahead before half time and it could have all been over had it not been for a missed sitter by Jerković. Arise Dieter Müller, a substitute striker for the Germans, who – after Wimmer got one back – single-handedly turned the game around with a stunning hat trick. 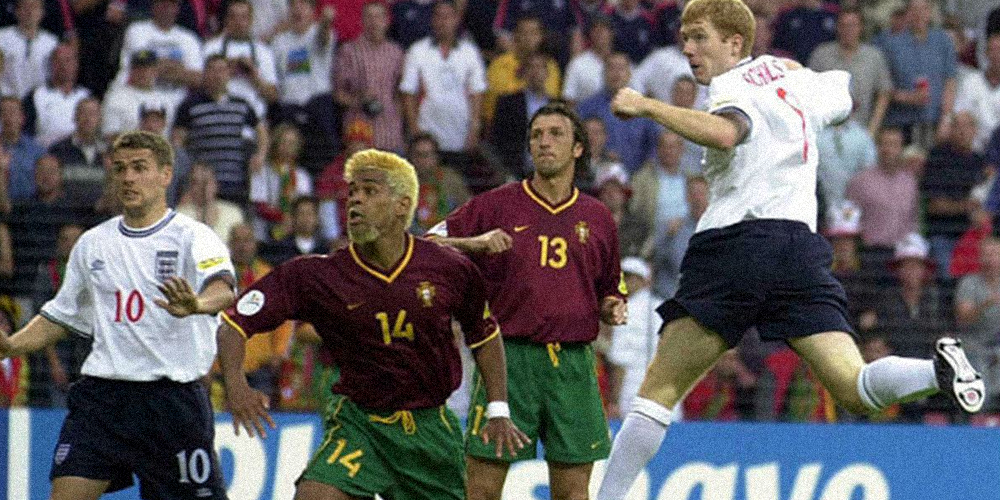 Look away England fans, how often do we say that? Here’s another one from our heartbreak hall of fame. After just 20 minutes, Kevin Keegan’s three lions were 2-0 and sailing. But then two of the greatest ever Portuguese players, Luis Figo and Rui Costa, decided to come to the party. Figo sent a 30 yard screamer into Seaman’s top corner that left the mustachioed Yorkshireman stiff from shock. After that England’s heads were gone, and the Costa-Figo connection manufactured two more to complete the ransacking. Another four years were added to the “30 years of hurt”. 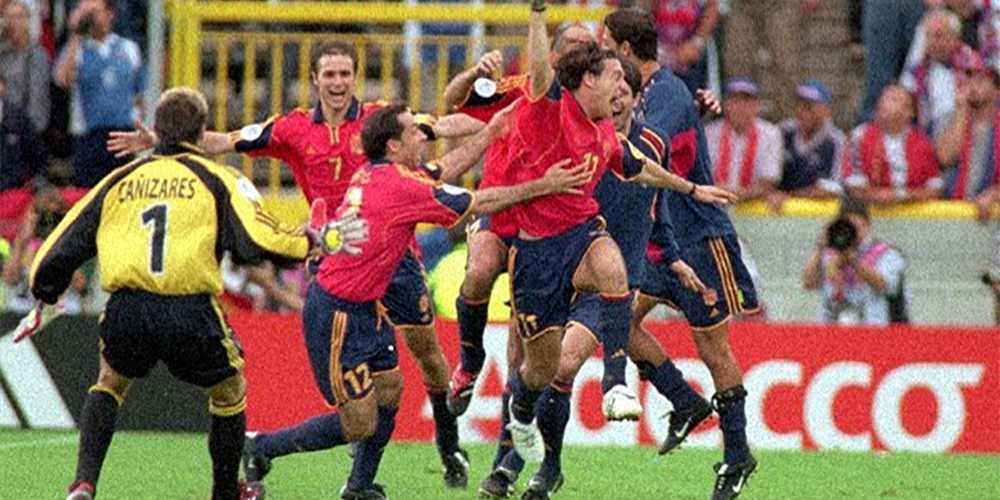 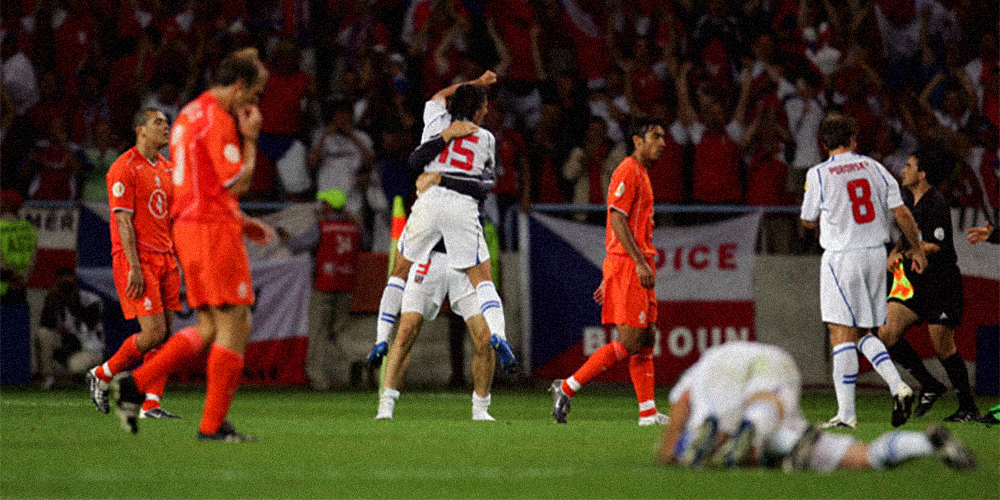 The Dutch have had their fair share of international drama, and 2004 was no different. Offering a side that included the fearsome Ruud Van Nistelrooy and the explosive Arjen Robben, they demolished a weaker Czech Rep side in 19 minutes, speeding to a 2-0 lead. But this was a resilient Czech team, that included Smicer, Baros and Koller. Koller tapped one in and Baros lashed home a half-volley. With the game finely balanced, the Dutch had a man sent off, and in the final two minutes, Smicer (who, a year later, would take part in Liverpool’s ‘Miracle of Istanbul’) poked home the winner. 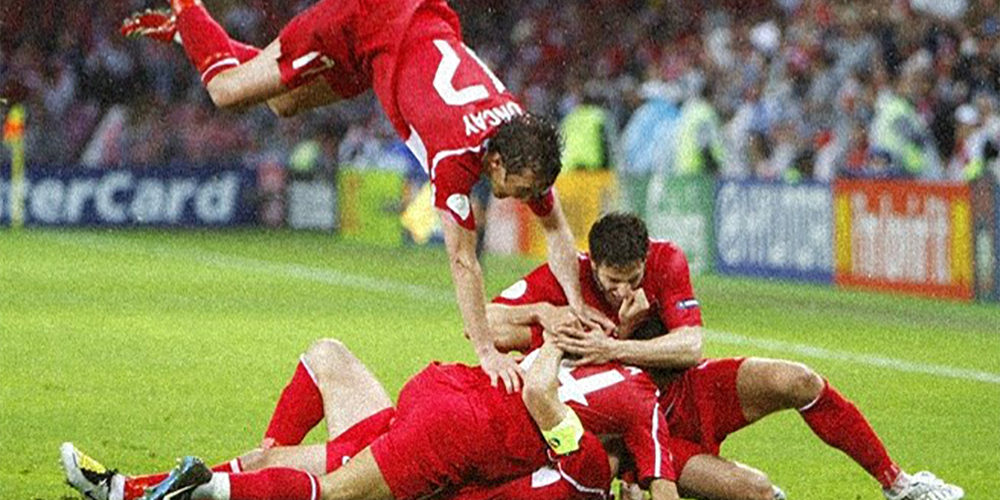 It’s the Czechs again, but this time they weren’t so lucky. With only 28 minutes left on the clock, they were cruising 2-0 up against Turkey, and had one of the best goalkeepers in the world, Petr Cech, behind their defence. But then the call came from Turkey’s manager Fatih Terim for his side to go all out attack, and the game turned on its head. Arda Turan began to terrorise the Czechs from the left wing, and Nihat got his shooting boots on. They say it only takes a second to score a goal, and within 15 minutes Turkey had scored three. They would end up going all the way to semis this year, before losing to Germany in another 3-2 thriller.

The Ten Most Unbelievable Goals Ever Scored at the EUROs
Tweet