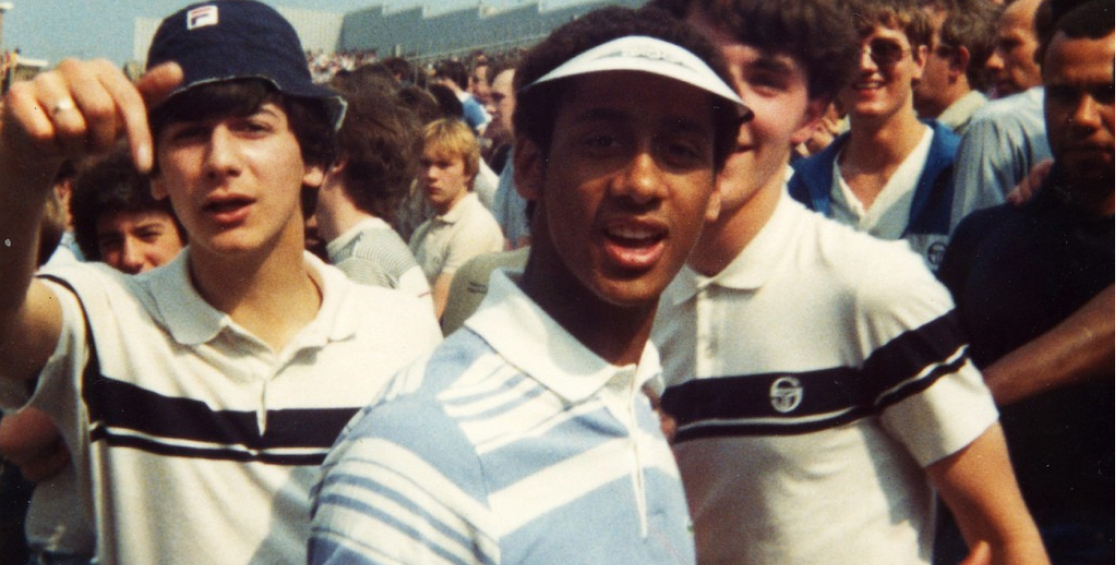 It’s hard to imagine British menswear without football, and vice versa. Put those two words together and your mind is immediately drawn to track tops, casuals, mods, European sportswear, rave culture and Kevin Keegan with a massive perm wearing flares. But it’s a long and enduring story with many twists and turns. 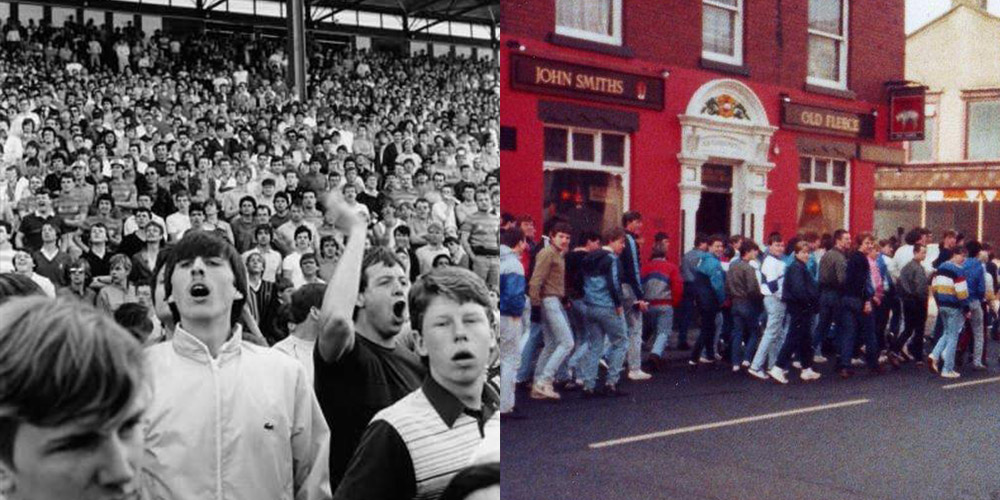 In the 70s and 80s, the fashion that dominated football came as much from the fans themselves as the players on the field. Going to the match on a Saturday was a predominantly working class activity: tickets were cheap and teams felt like epicentres of the community. Much like the gig venue or music hall, the stadium was a place where culture was both created and cemented. 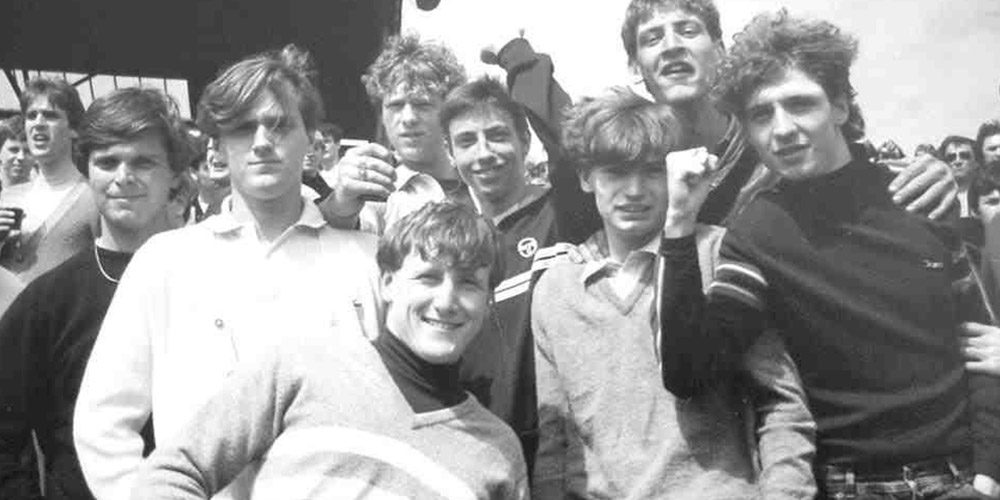 Working class youth waves, like that of mods and soul boys, expressed themselves on the terraces in all shapes and forms. The styles changed depending on where you went: in 70s and 80s Liverpool you’d see fans in baggy jumpers or sheepskin coats, whereas in Manchester you’d see corduroy flares. But the essence of football fashion was the same everywhere: you blend high class European brands with sportswear and make it work. An intoxicating blend of low brow and high brow. 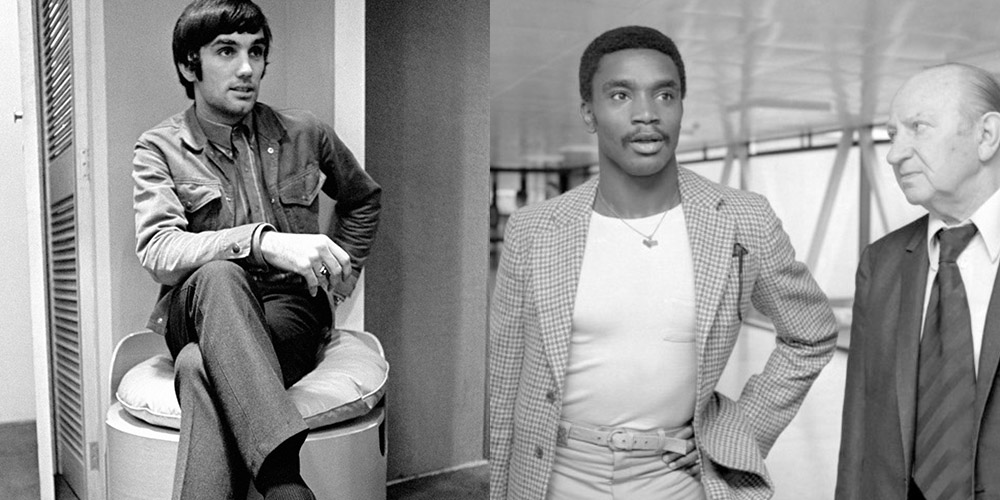 Certain players had a huge impact too. The British-Jamaican player Laurie Cunningham (who went on to play for Real Madrid) and the Northern Irish George Best (of Manchester United fame) had two of the most enduring legacies on the fashion of football. Cunningham was a snappily dressed soul boy with a taste for funk, and he would often hit the town in sharp suits and fedoras. Whereas George Best was all about repurposing the fashions of the 60s and 70s: donning cosy roll neck jumpers, floral shirts, and velour jackets. Both players set a blueprint for the ‘footballer as fashion icon’ trend, which is so pervasive today.

Going into the 90s, the clothing worn on the field by professionals became a style wave in itself. Brands started putting more and more effort into creating flamboyant shirts, and labels like Adidas, Umbro and Asics created visual masterpieces. 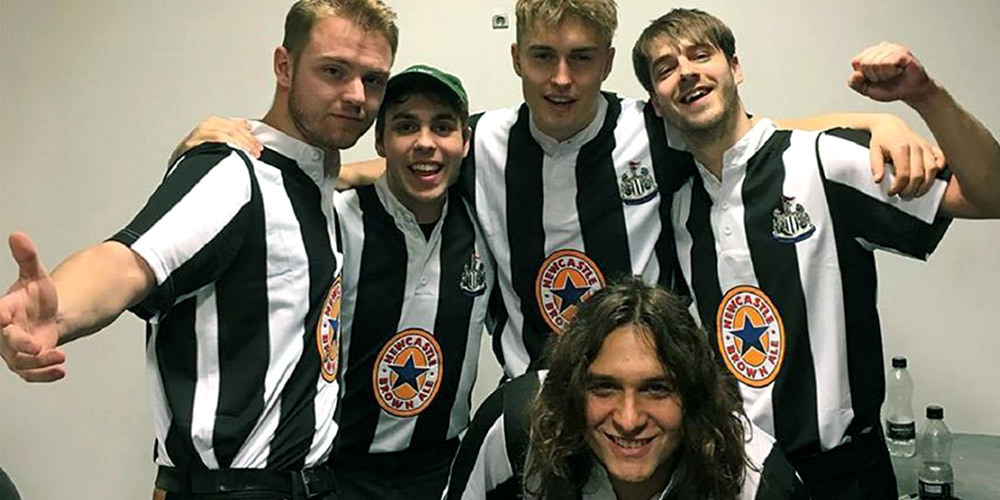 Cast your mind back to Newcastle’s legendary 95/97 kit which was emblazoned with the Brown Ale logo (and is still sometimes worn onstage by the rising rockstar Sam Fender and his band) or Umbro’s England shirt for Euro 96 (which was recently reimagined by Pretty Green with an all over paisley design). These kits then wormed their way into music culture via figureheads like the Gallagher brothers, who were often photographed wearing Man City shirts or Umbro drill tops on stage. 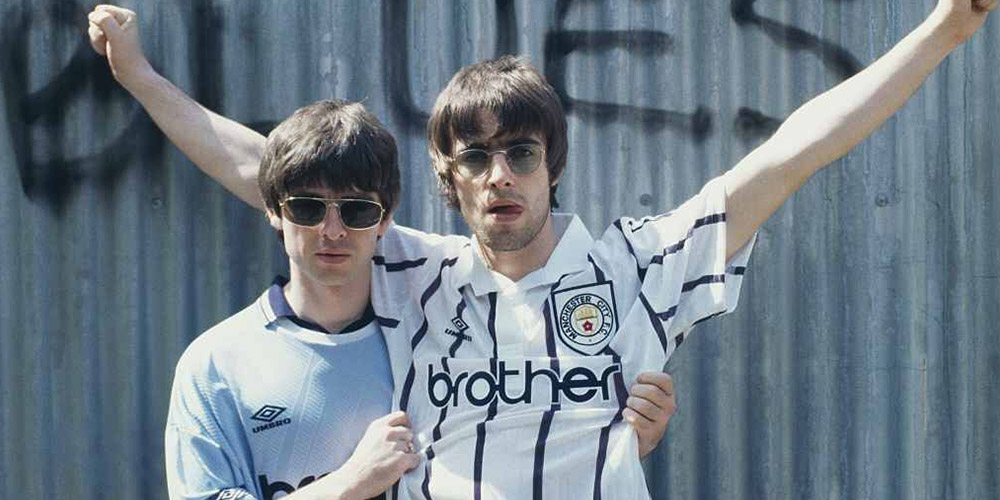 In 2020, the football and fashion relationship is bigger than ever. The release of new football kits is treated the same as spring/summer or autumn/winter fashion label drops. The experimental designer Sophie Hird recently sent models up the catwalk wearing repurposed Sunderland shirts, sliced and sewed to look like entire looks. And as the 90s revival continues to sweep the country, the football references that underpinned that era continue to be revisited. One thing is for sure, this marriage will not be ending anytime soon.

The Ten Most Unbelievable Goals Ever Scored at the EUROs