The Ten Most Unbelievable Goals Ever Scored at the EUROs 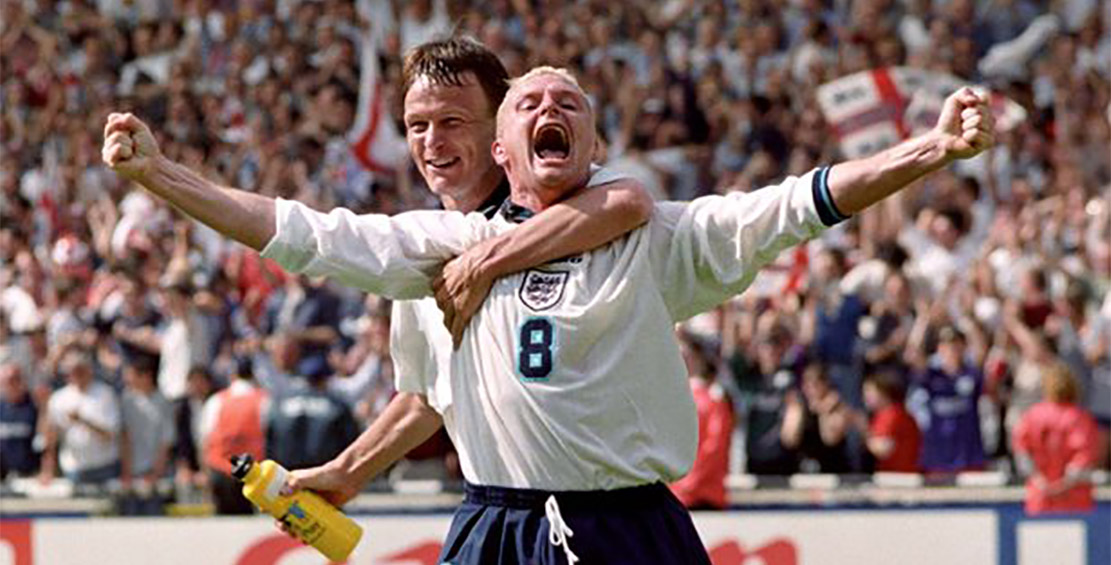 There’s just something about the European Championships that just brings out the wonder goals. Perhaps it’s because it’s a slightly smaller affair than the World Cup, players feel relaxed enough to try the impossible. Or maybe it’s because it’s full of such tense rivalries, the urge to destroy your opponents in style is strong. Either way, here’s ten outrageous bangers from EUROs gone by.

Until June 1976, football wisdom was very clear on this: when you take a penalty, you hoof it as hard as possible. But history is full of moments when someone did the exact opposite of what they were supposed to do, and birthed a revolution. Mr Panenka dinked his penalty so softly, so delicately, he didn’t just send the keeper the wrong way, he made him question his basic understanding of reality. Ever since, millions of schoolboys have been trying and failing to do the ‘Panenka’.

Watching Marco Van Basten spank this delicious volley – whilst wearing a bright orange geometric patterned Netherlands top that might be the greatest football shirt ever created – your initial thought is: how dare he? How dare he attempt a first time volley on goal from an angle most players struggle to cross from, leaving the Soviet Union goalkeeper so shocked he literally goes into full body spasms. Dare he did.

Zlatan loves the EUROs, and reserves some of his most ‘Zlatan’ moments for this stage. There’s too many to choose from: the volley against France in 2012? The piledriver against Greece in 2008? No, it has to be this moment of savage wizardry against Italy in 2004. After an ugly goalmouth scramble, Ibra seizes a lofty ball to deliver a sumptuous mid air back heel over everyone and into the net. If Zlatan was Mozart, this would be his Sonata no 11.

We do not appreciate the simple one-two pass enough. Done well, two players can use it to bypass an entire midfield or defence. Here, the Swedes offered a masterclass of two one-twos in a row. First, Brolin lays it off to Ingesson and gets it back, before then laying it off to Dahlin and getting it back. With the entire England team now split in two like a log beneath an axe, he fires it past Chris Woods and sent us careering out of the tournament.

Oh, Gazza. There are bad players, average players, and great players. And then there’s the players who create moments so magical, so life affirming, so artful, they become eternally sketched on your brain, like the Mona Lisa or your mother’s name. Over Colin Hendry’s long ginger mop it went, and before the ball had time to return to earth, Gazza leathered it into the bottom corner, and reduced an entire nation of dads to ecstatic tears.

Super Mario might have been a Japanese video game that had little to do with Italy, but the Italian fans couldn’t help but adopt it when Mario Balotelli scored this goal against Italy in 2012. Balotelli’s movement here is so sharp it’s hard to believe he isn’t offside, and he follows it up with a thunderbolt so ridiculously powerful the keeper simply falls to his knees in surrender. Of course, being Balotelli, the celebration was just as memorable: topless and clenched like a Roman statue, but with a blonde tipped mohican.

The words “mercurial performance” are a bit cliche these days, but this just was. In Croatia’s group game against Denmark in 1996, the clinical Davor Suker single-handedly demolished the Danes with two goals and an assist, and the third was sublime. As Suker dribbled towards goal, three defenders had caught up and the angle was narrowing, so he tucked his toe under the ball and sent a teasing lob over the head of Peter Schmeichel, one of the greatest goalkeepers on the planet. A millisecond of magic.

Art begets art they say. Just seven days after Davor Suker performed a mindblowing lob for Croatia against Denmark, Karel Poborsky of Czech Rep did the same but perhaps better. First, Poborsky somehow teleported himself and the ball beyond five Portuguese defenders, then, with Vitor Baia rushing at him like a runaway bull, he chipped a shot so high it seemed like it would never come down. But it did, right in the net. Sheer perfection.

Everyone has a soft spot for Wales, perennial underdogs of the international game. So when they went on a stunning cup run at EURO 2016, the world watched with its fingers and toes crossed. The mighty Belgium in the quarters seemed like it might be a step too far for the boys in red. And yet they pulled it off, partly thanks to this wonder goal from Hal Robson-Kanu in which he perplexes the entire Belgian defence with a Cruyff turn so tight, so sharp, so illogical, it shall be studied by physicists for decades.

Right, we’ve seen technique, we’ve seen guile, we’ve seen genius. Now it’s time for something much beefier: a very simple screamer from 40 yards. Ladislav Jurkemik was a commanding centre back who rarely took a shot, never mind scored. So you can imagine how relaxed the Italians felt when they saw him gearing up for a first timer from long range. His cannonball of a shot went, as they say, top bins.